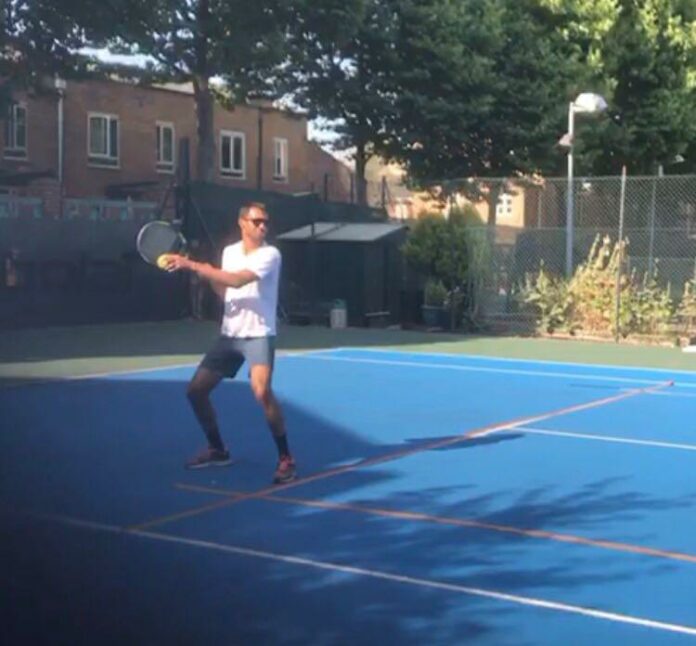 The Khoja engineer by qualification, banker by profession, acclaimed public speaker and sportsman by passion will be sponsored by Stanmore Jafferys in London.

Being completely blind has not deterred him from living life to the full and Naqi has been playing Visually Impaired Tennis for three years.

Championships of Blind Tennis in Benidorm, Spain, from 12–16 June.

At the World Championships in Ireland in 2018 Naqi finished a magnificent fourth.

He will be sporting Stanmore Jafferys kit in Spain and UK fans will have the chance to meet him at an exhibition match and inspirational talk at Stanmore Jafferys’ Festival of Rackets on 6 and 7 July in London.

Inspiration to the community

Stanmore Jafferys said: “We are delighted with this partnership and hope it will inspire our community members with special needs to take up the challenge of playing racket sports. SJ has contributed toward his participation with partial funding both last year as well as this year and Naqi is grateful for both.”

Naqi is also a passionate public speaker, as evidenced by his popular Ted Talk Losing Sight Without Losing Vision.