Home Community Homage to the revered Mulla from Mombasa 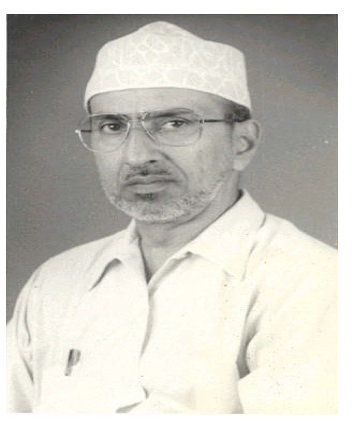 Marhum Mulla Ahmed Sheriff was a scholar, a Zakir of Ahlulbayt (as) and a prolific writer who departed from this temporary abode, after stepping down from the Mimber where he delivered a Majlis on the Remembrance of death.

Mulla Ahmed was born in the year 1927 in Zanzibar and was brought up there. In those days, there was nothing like Nursery School. At the age of 4 or 5 years, a child would either go to a Mulla or Muliani’s house to learn recitation of the Holy Qur’an. One would start with the small Qur’an and upon finishing it would go onto the big Qur’an. There would be distribution of halwa or some sweets after the completion of the big Qur’an. After this, one would be admitted to a primary school. The main school where the boys were educated was Sir Ians Smith Madressa primary school. Back then, there were hardly any Muslim teachers.

When he was about to finish school in 1944, he was taken for a long trip to Ziyarat by his elder brother Mohamed bhai. As the Second World War was going on during those days, they could not travel to Iraq directly by ship or air. Therefore, they travelled via an indirect route through Uganda by train.

After a rigorous journey from Uganda-Soroti-Juba-Cairo and from Cairo-Jerusalem-Beirut after about a month of travelling, they finally arrived at Kadhmain. After performing their Ziyarat in Iraq, they travelled to Iran via sea route from Basra. They then embarked to travel to Karachi from Zahedan and ultimately came to, then Bombay, to travel back to Africa via sea route.

Whilst in Bombay, they had to wait for 3 months to able to get seat on a ship to Mombasa as there was a scarcity of ships due to post war situation. Finally, they managed to get a seat and it took them another 8 to 10 days to reach Mombasa. By the time they arrived back in Zanzibar, six months had passed since they started their journey for Ziyarat. Mulla Ahmed had already missed the annual examinations and so his family decided that he would join the business and not repeat the academic year.

He joins the family business

In those days, secondary education was not considered as important. What was important was to fit in the business. Hence, in 1946 his family members decided that he would join the firm and his first task was to type letters. Shortly after, to familiarize him on how to dealing with cash, he was given the position of a cashier. It involved counting money, writing receipts and balancing out the cash at the firm.

In 1948, he was diagnosed with TB and had to spend 14 months in Kibongoto where he was being treated in a sanatorium. It took him 2 – 3 years to completely recover from TB. In 1950, when he was discharged from Kibongoto, he went to Arusha to his elder brother who was trying to set up a produce export business there. Since the climatic conditions of Arusha were better than Zanzibar for Mulla Ahmed’s health, he decided to stay in Arusha and assist with his brother’s business.

In 1967, they purchased a Despo Coffee Estate, which was 7 miles away from Moshi to expand their coffee export business into farming as well. This allowed them to deal with the buying in the auction, blending, bulking, packing and exporting coffee mainly to Arab markets in the Gulf, and also to Europe and the USA so much that they became regular exporters. However, in the same year, the government declared the Arusha declaration and nationalized their farm. Due to the uncertainty of the future and diminishing trade, he decided to wrap their business in Moshi and later migrated to Mombasa in 1970.

His Services for the Religion

People who knew Mulla Ahmed described him as a calm person and someone who interacted with all age groups, giving sound advice on both religious and secular matters. He was a self-taught ‘Alim and was fluent in Urdu, Gujarati, Arabic, Farsi (Persian), Swahili and English. He started reciting majlis in Bustani in Zanzibar, when his father got sick and could not continue reciting majlis. At the end of the majlis, he would recite the Marsia of Imam Hussain (as) in a distinctive style.

Apart from reciting majlis, Mulla Ahmed was also a prolific writer. He covered many contemporary topics in his writing tackling issues such as the use of Marungi (a drug), racism, music, hijab, debt, equality and many others that are still relevant in our society. Whilst reciting duas at mosque, he would pause at various sections and translate the meaning – something that the community did not give much attention to – in an age when powerpoint and TV screens were not prevalent in the mosque.

Considering the fact that he was using a typewriter and he would have had to manually research through books and other sources, the amount of work that he accomplished is astonishing. Especially since he simultaneously ran a business, travelled extensively and volunteered for the community. He was the President of Moshi Jamaat for multiple terms, Chairman of Bilal Muslim Mission of Tanzania for 15 years, Chairman of Jaffery Education Board (Mombasa), a teacher at Husayni Madrasah in Mombasa and was also highly involved with Bilal Muslim Mission of Kenya (Mombasa).

He passed away on 06th May 1990 – 10th Shawwal 1410 A.H. as he was reciting a ziyarat majlis in Mombasa, for a lady who had passed away the previous day. The topic of his majlis was Dhikrul Maut – Remembrance of death. He got down from the mimber and instead of sitting on the wall where the Zakireen would normally sit, he sat leaning on the mimber, facing Qibla whilst Surah Yaseen was being recited and passed away there. He was buried there with the sentence ‘’JAB TALAK MAIN JIUN MIDHATE SHABBIR KARUN MAIN. MAWT AAYE TO YA RAB KISI MIMBER PE MARUN MAIN” written on his tombstone.

A website Ahmed-sheriff.org has been created in his memory by his family that contains his writing and much of his work which covers contemporary topics, as well as some of his recitations.

Al Fateha for the departed soul of Mulla Ahmed Sheriff. 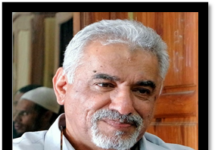 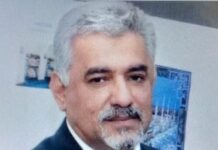 A Message Welcoming the holy month of Ramadhan 1440 A.H. by Alhaj Shabir Najafi,...