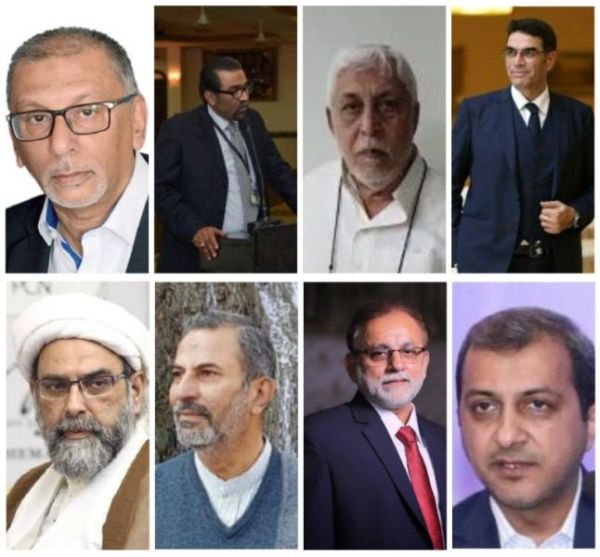 The Khojanews team is delighted to bring to you an exclusive article about the newly appointed team of the Pakistan Federation, that will be serving the office for the term 2020-2023.

Br. Abul Hasan Gokal belongs to a family well known for its philanthropy, religious service and community work. He is the grandson of Haji Ghulam Hussain Jethabhai Gokal, who is known for establishing numerous mosques and Imambargahs throughout Karachi.

Br. Abul Hasan is an MBA Silver Medalist, from Institute of Business Administration (IBA), which is the leading Business School of Pakistan, with a Gold Medal in Marketing. He completed his MBA in 1985 and was invited to serve the IBA Faculty in the year 1988. He served the IBA Faculty from 1988 to 2006. He has also designed and conducted courses in Small Business Management and Entrepreneurship and is managing his family business of Cement Tiles since 1980.

Br. Abul Hassan was invited in 2006 to join Khoja Pirhai Isna Asheri Jamaat (KPSIAJ) Education Board. He served as the President of KPSIAJ from 2009 till 2012, and again from 2018 to present date. He has also served as the Member of the Managing Committee, KPSIAJ 2012 – 2015, and co-opted again for the term 2016-2018. He has been a Member of the Executive Committee of Pakistan Federation since 2009 and was Elected as President of Pakistan Federation in 2020.

Br. Muhammad is a prominent Tax Consultant and a practicing Tax Lawyer since long under the name of M. R. MERCHANT & CO. Advocates, Tax Consultants and CPM Advisors. He served the Income Tax Bar Association as a librarian in the year 1996 and as a Joint Secretary in 2001. He is an Advocate of the High Court of Sindh since 1986.

Br. Muhammad has been a member of the managing committee of KPSIAJ for the term 1997-2000. He was the Hon. General Secretary of JIBA International for consecutively three terms. He has been serving the Pakistan Federation since its inception, in the capacity of Hon. Secretary and currently as the Vice president.

He is a very prominent figure in the community for organizing professional seminars for the benefit of the Business community. He is also associated with many charitable and non-profit organisations in our community since long.

Alhaj Hassan Abdulhussein was born in Zanzibar, Tanzania; and moved to Pakistan in 1968. He completed his graduation from the University of Karachi, majoring in Commerce.

Alhaj Hassan’s affiliation with Mehfil-e-Murtaza began in 1972, when he served as the first volunteer captain and thereafter held several posts including that of Hon Secretary. He is currently serving as the Vice President for the 8th term.

Br. Hassan was also a keen sportsman and served as the Vice President of Hussaini Sports Club. He has previously served as an advisor/consultant for Zainabia Educational Society, Karachi for 18 years. Furthermore, he was Chairman of Al-Ghadeer Foundation, providing medical assistance for patients in need, especially children. He is also the Chairman of Save Life which looks after the victims of sectarian violence and Chief Coordinator of Hussaini Foundation since 2005. This foundation caters for the needs of highly vulnerable people since the earthquake of 2005 in Pakistan. (It provides and promotes education, health services, water projects, welfare programs including mass marriages and religious services all over Pakistan.)

Br. M. Hasan Akber holds a Master’s degree in Law as well as in International Relations and is presently pursuing his PhD in Law. He is enrolled as an Advocate of the Supreme Court and all High Courts of Pakistan. He is presently serving as Additional Prosecutor General of the National Accountability Bureau (NAB) at Islamabad. He has served as a member of Appellate Tribunal and a member of the Executive of Provincial Bar Council; a member of Executive High Court Bar Association; and has provided legislative drafting services on various laws to the Government of Pakistan and partner NGOs including UNDP, UNIFEM, UNICEF, ASF.

Br. M. Hasan has provided his services to Serious Crime Group-Metropolitan Police Service, UK; and has also provided services to The World Bank. He was appointed for providing training to the Judges under the Sindh Judicial Academy; and was also appointed for providing training to law officers of the State Bank of Pakistan. On different important law points, more than 30 cases represented by him have been reported in different Law Journals of Pakistan. He has also been appointed as Commissioner by courts for various fact finding reports, inspections and evidences.

Br. Hasan Akber has been actively involved in social welfare services since 1987. His efforts have resulted in not only the release of a large number of street children from jails in Pakistan but also their safe delivery to their families. Presently, he is serving as a member of the Managing Committee (Karachi Jamaat KPSIAJ) and since his tenure at the Family Relations Committee (Karachi Jamaat) in April 2018, more than 44 families have been successfully reunited. He has been providing legal assistance to Karachi Jamaat since long and has also actively assisted in drafting the latest Constitution of Mehfil-e-Murtaza, Karachi.

Agha Asghar Hussain Shaheedi is a Theologian/Aalim-e-Deen as well as the CEO of Wal Asr Enterprises and M.D. Leva Enterprises. He holds a Master’s degree in Arabic & Islamic Studies from Pakistan and has attended the Hawza-Ilmiyah and Dars Kharij in Qum for more than 15 years.

Agha Asghar recites Majalis in Urdu, English and Persian. He has visited many places like USA, Canada, Africa, Middle East, India and Europe. He has also written and translated booklets and articles in English and Urdu.

He is also a member/convener of Family Relation Committee (2001-present), a member of Religious & Economic Upliftment Committee of KPSIAJ, Hon. Secretary of JIBA Karachi Chapter for the term 2018-2020 while also serving as a member of the Managing Committee of JIBA Karachi Chapter for 9 consecutive terms (20 years). He also served as a member of JIBA-International Think Tank. He is the founding member of the ‘Group of Islamic Scholars’ – GIS, Qom and founding Chairman at Muhammad (SAWW) Islamic Trust (MIT).  Additionally, he is also a member at Al-Hadi Trust, a member at John Memorial Welfare Organization and the Chairman of Al-Kausar Educational & Welfare Trust.

Br. Ashraf has served as the Hon Secretary of Karachi Jamaat (KPSIAJ) in 2009-2012 and is a member of the Managing Committee of Karachi Jamaat (KPSIAJ) from 2012 – present. He is also a member of the Executive Committee of Pakistan Federation since 2009. He is a core member of Eight (8) Socio-Religious Organizations, all over Pakistan, which looks after interior Sindh Clinics and engages in Social/Welfare activities nation-wide.

Br. Sarwar Ali Devraj belongs to a well-known family and is the owner of Sarwar Motors, a car showroom, well-known amongst our community members. He has been engaged in community services since he was young and is associated with several religious and non-religious organizations.

Br. Sarwar has served as the Hon Secretary of KPSIAJ, Karachi (2012 – 2018) and is a member of the Executive Committee of Pakistan Federation since 2009. He is a nominated councilor of the World Federation from 2012 – present. He is also the President of Muhammadi Hematology, Oncology Services & Welfare Foundation (M.H.O.S.W.F) since its establishment in 2003. He is also the General Secretary of Pak Moharram Association, Markazi/Central Azadaari Centre since 2012.

He is also the Chairman of Markazi Imambargah Jaffer-e-Tayyar Malir since 2018 and the Vice President of Safe Life Trust since 2004 to date. He is a former Secretary to the Health Board of Fatimiyah Hospital (2009 – 2018) and is the Founder and Head of Medical department of Bazm-e-Amaal Welfare Trust (1994 to date). He is serving in the capacity of a Trustee to Shohada Trust since 2004, Al Mohsin Orphanage since 2019, Masjid-o-Imambargah Shah-e-Najaf since 2004 and the General Secretary of All Karachi Motor Dealers Association since 2019.

Br. Zahid Vasnani has been associated with the Mutual Fund Industry in Pakistan for over 20 years at senior positions. He is a professional Accounting Affiliate from the Institute of Chartered Accountants of Pakistan (ICAP) and a member of Pakistan Institute of Public Finance Accountants. He completed his four years’ article-ship from KPMG Taseer Hadi & Co.

Br. Zahid is currently serving as the Executive Councilor of the Federation of Khoja Shia Isna Asheri Jamaats of Pakistan. He has been appointed as the Hon. Treasurer at Khoja (PIrhai) Shia Isna Asheri Jamaat, Karachi for the term 2018-21. He is also associated with educational institutes serving the underprivileged community in rural areas. 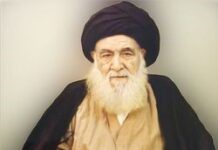 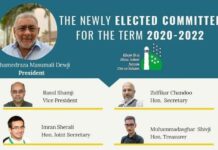 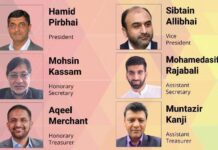 In the current times, leading a life without falling ill is next to impossible. For these reasons, people usually get themselves medically insured or...

The Khoja Shia Ithna Asheri Jamaat Dar-es-Salaam recently concluded their Jamaat Election for the term 2020-2022. A few days prior to the Election, arrangements for...

The Hujjat Election that took place on Sunday, 6th September 2020, marked a historic date in the history of  Hujjat Jamaat. For the first...

The Mumbai KSI Jamaat is all set to swing back into action with the newly appointed Office Bearers after the resignation of a few...