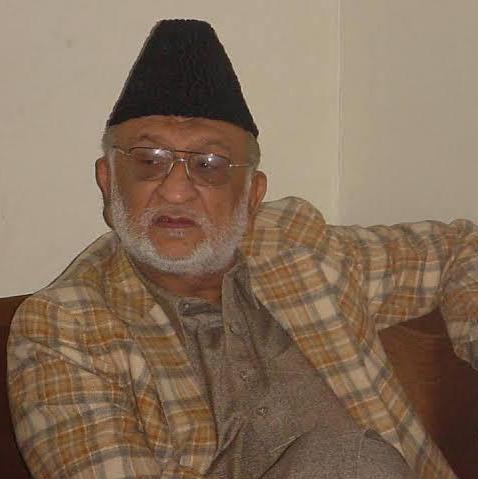 Dr. Kumaili was a former President of Karachi Pirhai Jamaat, the largest in the Khoja community with circa 40,000 members. He was described as a “national asset” for his decades of work for Muslim unity and interfaith initiatives.

A cricket lover in his youth, he also played first-class cricket in the National League until 1966 when he turned to religion and started delivering sermons as a zakir. He was such an outstanding cricketer that he had been tipped for the national team.

The prominent cleric and head of the Jaffria Alliance passed away in Karachi after undergoing treatment at a hospital in the city’s Soldier Bazaar area.

“His services shall always be remembered,” said the Majlis-i-Wahdat-i-Muslimeen (MWM). The Shia Ulema Council expressed sorrow and condolences and termed him a “national asset”.

According to a tribute in the Pakistani national newspaper Dawn: “He was known for his efforts and contribution for sectarian harmony in Karachi, which has witnessed years of political, sectarian and ethnic violence and bloodshed.”

He had held the fort against Shia killings, paved the way for increasing the Shia Haj Quota and was a strong advocate of harmony with followers of other faiths as a recipe for strengthening the Ahle Tashee.

He worked on sectarian and interfaith harmony under the banner of FAITH – the Forum Against Intolerance, Terrorism (and) Hate. It included members not only of various sects, but also of other communities and religions: Hindus, Parsi and Catholics, to name a few.

Politicians, rights activists and other public figures offered their condolences.

Prime Minister Imran Khan expressed his grief and sorrow over the death of a “strong voice for the unity of Muslims and sectarian harmony.”

Leader of the Opposition Shehbaz Sharif added: “A robust voice of Muslim unity has been silenced today which is a great loss to the country and the people.”

“He was counted among the most exalted scholars in Pakistan,” said an MWM spokesperson, adding that as a patron member of the Palestine Foundation (PLF) Pakistan he frequently raised his voice for the oppressed people of Palestine and Kashmir. 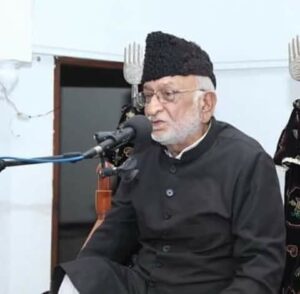 Dr. Kumaili had known great tragedy. His son Allama Ali Akbar Kumaili was gunned down by unidentified assailants in 2014.

His father, the late Haji Ghulam Hussain Haji Jethabhai Gokal, was known for his contributions to Islam and Azadari by establishing Masajid and Imambargahs all over Karachi in the post-partition era, after migrating there from India. Visiting scholars from India would stay at his residence, near Mehfil e Khurasan, and he introduced a number of them, including the legendary Allama Rashid Turabi, to the city.

Dr. Kumaili was also a Shaa’ir (poet), and his Marsia Shikwa e Zainab s.a. is an epic narrative, tracing the events from the Prophet’s demise to after the Karbala ordeal.

He was buried at Hussaini Bagh cemetery and is survived by two sons and a daughter. 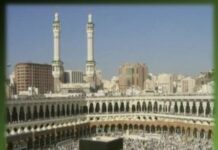 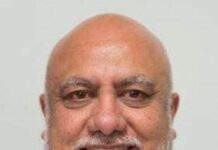 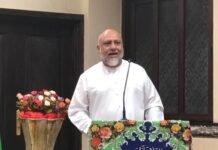