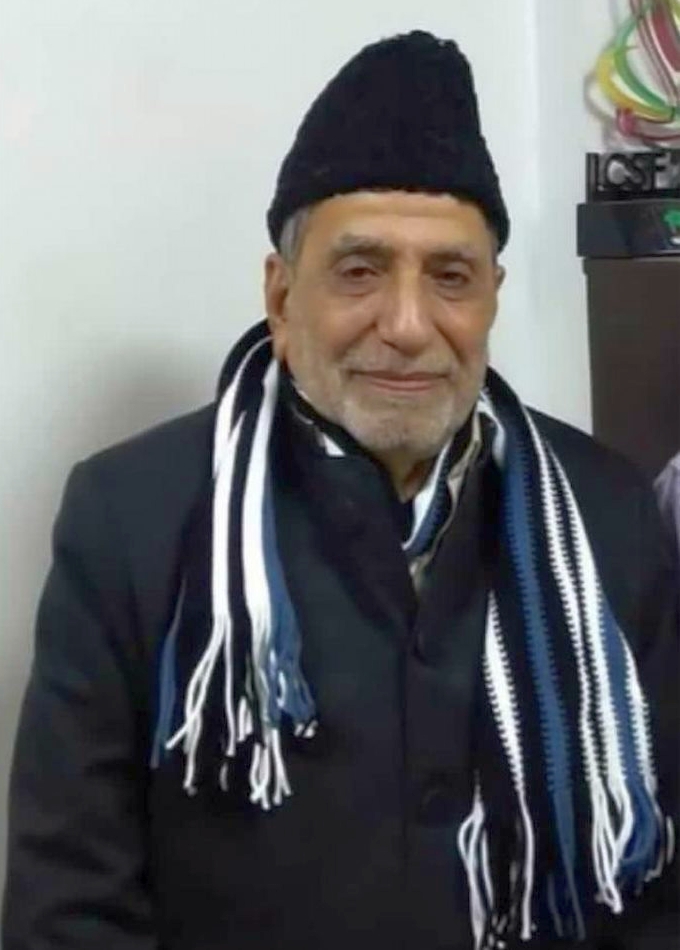 We are saddened to receive the news of the demise of Alhaj Maulana Munawwar Salil on 4th August 2021 in Karachi, Pakistan on the day of Eid-e-Mubahila.

Marhum Maulana Munawar Salil was born in Mumbai, India. He frequently visited Najaf
Al-Ashraf and spent time with renowned Mujtahedeen to gain guidance from them. In an interview with Dr Hasnain Walji in 2020, he mentioned that it is a grace of Allah (swt) that his family, both – maternal and paternal were Zakireen of Ahlul Bayt (as). He used to often recite the Nauha, “Karbal banwa ek Bibi ka banke muqadar phut gaya” from the mere age of 12 years. His mother was his inspiration and despite losing her vision she remembered many of the marsiyas of Imam Husein (as) and as she recited them, tears used to flow in her eyes. After studying under Shaykh Najafi for a year and a half, Shaykh suggested he visit Najaf Al-Ashraf and pursue his religious studies there.

Before visiting Najaf Al-Ashraf, he was not sure about pursuing further religious studies. However, his father always wanted him to become a Zakir of Ahlul Bayt (as) and was very supportive. During the time of Ayatullah Syed Mohsin Al-Hakeem, Marhum decided to visit Najaf Al-Ashraf for studies. He spent 3 years under Ayatullah Hakeem and then returned to (now) Pakistan and started writing Nauha (eulogy) in the Gujarati language. He has also written Gujarati Nauhas for renowned Nauha reciters like Nadeem Sarwar and Farhan Ali Waaris.

In 1947, Marhum and his family were returning to India from Basra through the sea route. Their cruise was at Karachi port when they received the news of the partition of India and Pakistan. His father decided to board off the cruise at Karachi port, and this was how his family came to settle in Pakistan. After settling in Karachi, his father established the first Mehfil, Mehfil-e-Shohada-e-Karbala, which exists to date. 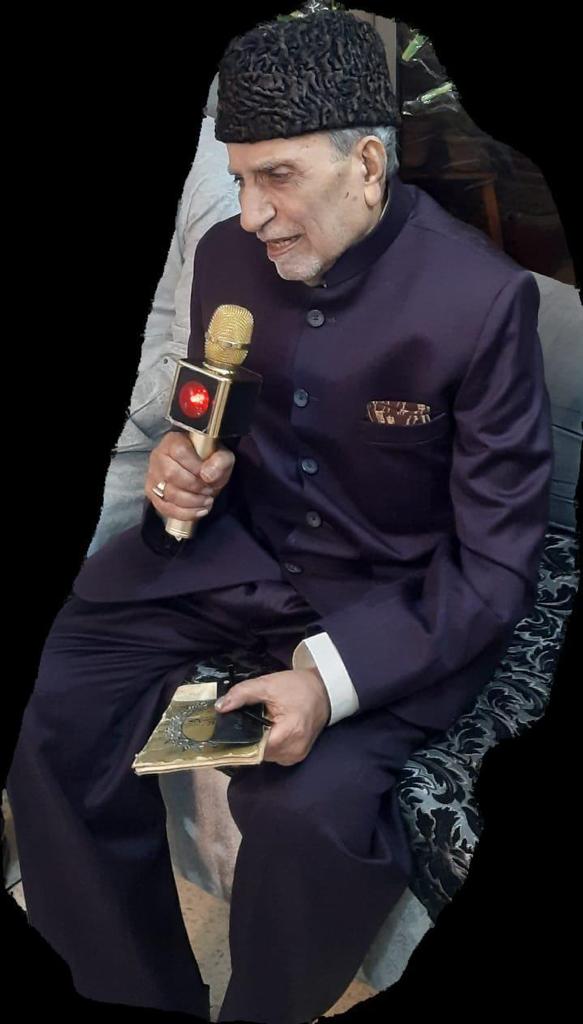 Maulana was blessed with the opportunity to perform his first Hajj in the year 1957. Later, in 1958, he started teaching the Dars of Qur’an to children by purchasing a room at 5 rupees which later came to be known as Anjumane Khuddam Al Qur’an, in Kharadar. Alhamdulillah, the place then grew to such an extent, that today the estimated value of the site is almost around PKR 20 Crores. Maulana was the President as well as the Hon. Secretary of the Anjuman before his demise.

Apart from teaching Qur’an, Maulana was a writer and also recited Majalis in Urdu and Gujrati. He has written numerous articles and books; and travelled extensively to India, East Africa and Madagascar for reciting Majalis. He was a steadfast advocate of the Gujarati language and was well known among the Gujarati speaking communities, especially the Memons. In India, due to his contribution in writing and reciting, Mr Gulamali Meghani (Bhavnagar Khoja Community) used to call him Chote Haji Naji.

Back home in Pakistan, he used to conduct programs in Gujarati on Pakistan Television Network(PTV) on a regular basis. The first-ever Gujarati Majalis was telecast by PTV was in the 70’s. His written materials also included Kalaam in Urdu. He firmly believed that poets are not born; they are made or developed. He thought it was a special gift, a blessing from Allah (swt) to become a poet and a Zakir of Ahlul Bayt (as).

Marhum was also well acquainted and close with Marhum Mulla Asghar, the founder of The World Federation of KSIMC. Marhum Mulla Asgar used to address him as Fakhruz-Zakireen in his personal written communication with Maulana. Mulla used to quote the same with pride every now and then.

He would recite Qaseeda Khwani continuously for as long as 3 to 4 hours. He was also known for his contributions in Gujarati section of Millat and Dawn Newspapers.

Via the jamaat platform, maulana used to organise Samuh-Lagan (Mass Marriage) as the convenor.

Maulana was a humble, extraordinary preacher, writer, and dedicated scholar and poet of Ahul Bayt (as). He was a symbol and a pillar of our faith in the khoja community. He was a gem whose contribution to the Gujarati community cannot be forgotten. He passed away on 4th August 2021 in Karachi. His demise is a tremendous loss for our community throughout the world, especially in Karachi, Pakistan.

The President of The World Federation of KSIMC, Alhaj Safder Jaffer, also expressed his sorrow about Maulana’s demise. He posted the following on social media, “Extremely saddened by yet another great loss for the community today with the news of the passing away of renowned Zakir e Ahle Bayt, Alhaj Munawwer Salil in Karachi. Marhum was a selfless devotee of Aba Abdillah (AS), an intellectual and an author, a poet who has served the community for decades. His unique attribute of serving on voluntary basis (yet maintaining a daily job) with all the energy and vigor is a lesson for many to emulate. We offer our sincere condolences to the family of Marhum Munawwerbhai and the community at large and pray for their sabr e jameel. We ask Allah (SWT) to grant him maghfirah and attainment of a lofty status amongst the Aimmah (AS). Al Fateha.”

The Khoja News team offers our deepest condolences to the Family of Marhum Alhaj Munawwer Salil, The Khoja Pirhai Shia Isna Asheri Jamaat, and our community members, especially in Karachi. We pray to Allah (swt) to grant the Marhum maghferat and elevate his position in Jannah, Ameen.

We request our readers to remember the Marhum with a Surah Al Fateha. 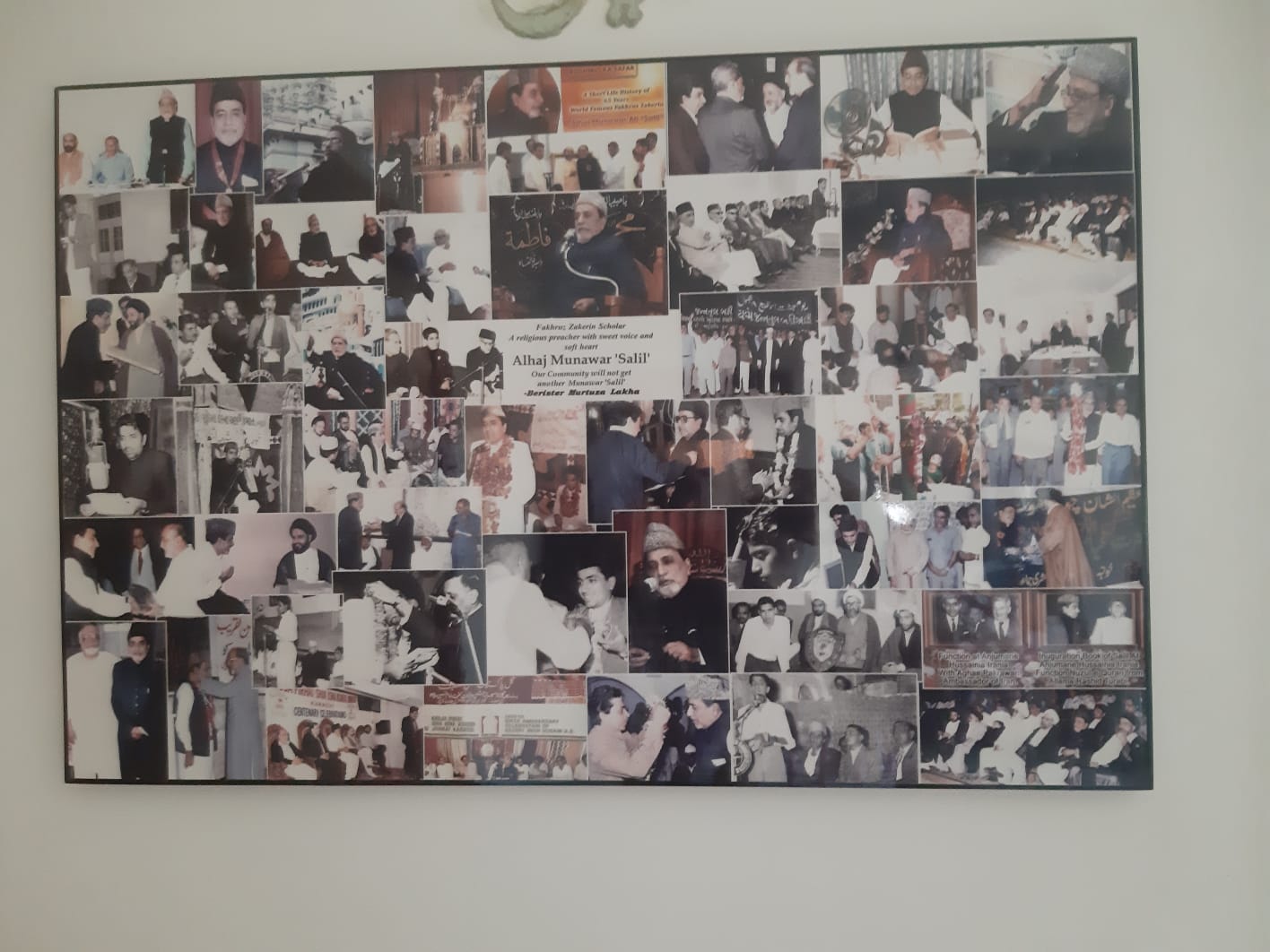