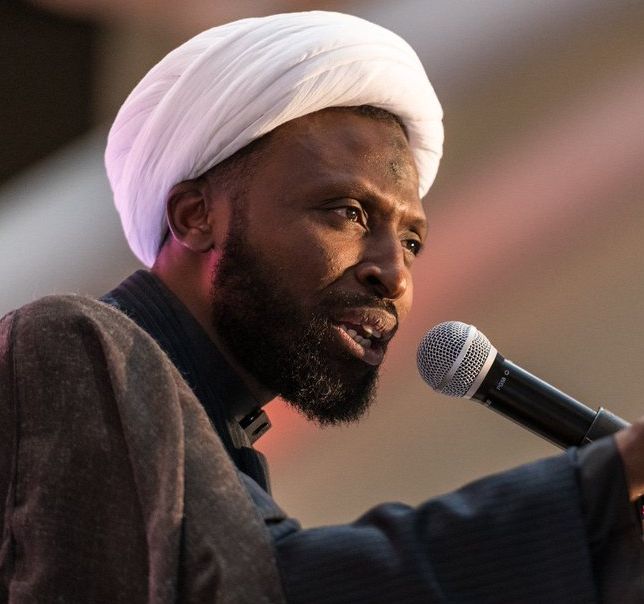 Islamic scholar and speaker Shaykh Nuru Muhammad has been appointed the Lady Khadija Visiting Fellow 2020 at the Woolf Institute in Cambridge. This Project has been organised by Hikma Foundation and funded by The World Federation of KSIMC

This academic institute linked to the University of Cambridge is dedicated to the study of relations between Jews, Christians and Muslims. Its aim is to use research and education to explore the relationship between religion and society and reduce intolerance.

Shaykh Nuru is a Ghanaian Islamic scholar, speaker and researcher, and the Imam of the KSIMC of Birmingham, UK.

His appointment as Visiting Fellow will be for four months between 15 January and 15 May 2020.

“I am honoured to take up this post at the Woolf Institute and will work resolutely for a better society based on interfaith understanding and respect, peaceful coexistence and social justice,” he said.

He has presented papers on many different topics at universities and communities locally and internationally, and has appeared on the BBC in the UK and overseas. He is a member of the Birmingham City Council Standing Advisory Council on Religious Education.

He is co-author of the Muslim Manual on HIV and AIDS prevention, under the supervision of World Vision.

After taking a BA in Islamic Philosophy and Mysticism at Al-Mustafa International University in Iran, he completed an MA in Islamic Studies at Middlesex University. He is a former visiting lecturer at the Tangaza University College in Nairobi, Kenya.

The Woolf Institute is a global leader in the academic study of relations between Jews, Christians and Muslims. Its purpose is to serve the public good, studying how relations between the three faiths can enhance understanding of key concepts of public life: community and identity, mutual respect, personal responsibility and social solidarity.

Combining theology with social sciences and the humanities, it seeks to strengthen the ethical framework needed for political, economic and social life.

Founded in 1998, the Institute is a member of the Cambridge Theological Federation and works together with the Cambridge Commonwealth Trust and the Cambridge Overseas Trust, contributing to the teaching and research of the University of Cambridge and Anglia Ruskin University, Cambridge.

Ten ways to Prepare for the holy month of Ramadhan