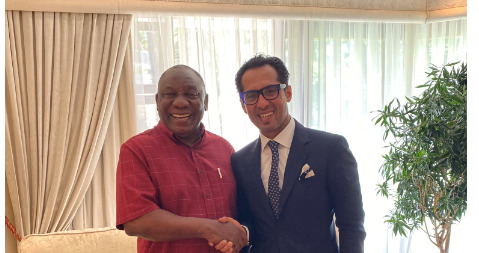 Alhamdulillah, the Khoja community in Africa, is honoured once again, as the youngest Khoja billionaire in Africa has been appointed as an investment advisor to the South African President.

Mohammed Gulamabbas Dewji is a Tanzanian billionaire and businessman. He is the owner and Chief Executive Officer of Mohammed Enterprises Tanzania Limited (MeTL) and is popularly known as ‘Mo’ by his admirers. As estimated by Forbes, he has a net worth of about $1.5 billion and is said to be Africa’s youngest billionaire.

Appointment by the President

A statement released by MeTL on 07th April 2021 confirmed that the Tanzanian business magnate was appointed as one of President Ramaphosa’s advisors on investment issues. The appointment takes into consideration the role that Mohammed has played through his investments in several countries in Africa, where his companies have created a plethora of jobs.

In a letter written by the President to Mohammed, President Ramaphosa mentions that he hopes the Tanzanian tycoon will help his country (South Africa) in its endeavour to attract investors who will put the country’s economy on the right footing. He also believes that Mohammed’s presence in the council will boost South Africa’s efforts in marketing the country’s investment potentials across the world, a development that will have a profound impact on the growth of Africa’s second-largest economy.

The Khoja News team extends our congratulations to Brother Mohammed, his family and well-wishers on his appointment as an advisor to the President. We pray to Allah (swt) to make this position fruitful for Brother Mohammed and guide and bless him in all his ventures, Ameen.