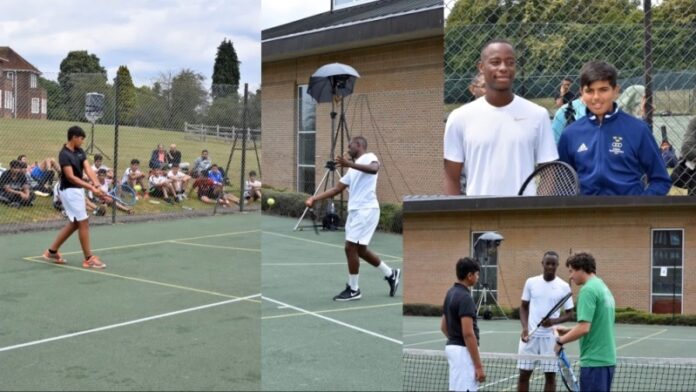 This year’s Stanmore Jafferys Festival of Rackets has been hailed the best ever after
460 players took part in 37 exciting competitions.

The weekend of 6-7 July saw fantastic finals, thrilling exhibitions, celebrity appearances, a buzzing family picnic and an interactive Wimbledon fanzone marquee. Held at the Royal Masonic School in Rickmansworth, it proved to be a fantastic sporting event bringing the community together.

Festival of Rackets by numbers:

Organisers said: “We would like to say a massive thank you to all of the players, spectators, volunteers, sponsors and well-wishers for supporting the SJRS Festival of Rackets and helping to make it the most amazing spectacle it was.”

View a slide show capturing a selection of the magical moments from the SJRS Festival of Rackets here:

“Not easy to live up to last year. Let alone outdo it. Well done!”

“We would like to thank you all from the bottom of our hearts. The spirit of rackethood went up a couple of notches, the brotherhood increased and sense of community spirit was immense and clear for all to see.”

“Your amazing team managed to bring generations together not only of our family but so many others. You managed to create a buzz I have not seen before.”

“The games were highly enjoyable but the intangible benefits of such festivals is unimaginable! It was a real privilege to be part of your community event! Loved every minute!”

“My highlight was definitely meeting two visually impaired kids and I hope I can help them get into sports. Thank you for allowing me to be a part of this.” 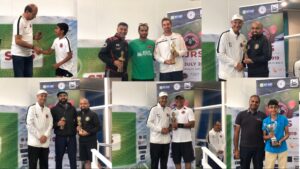 The Rackets Sports Personality of the Festival trophies were awarded to:

To sum up in the words of one player: “Thank you once again for a smashing weekend.”

Go get the Gold with Allah’s help! Sports champion’s advice to young Khojas