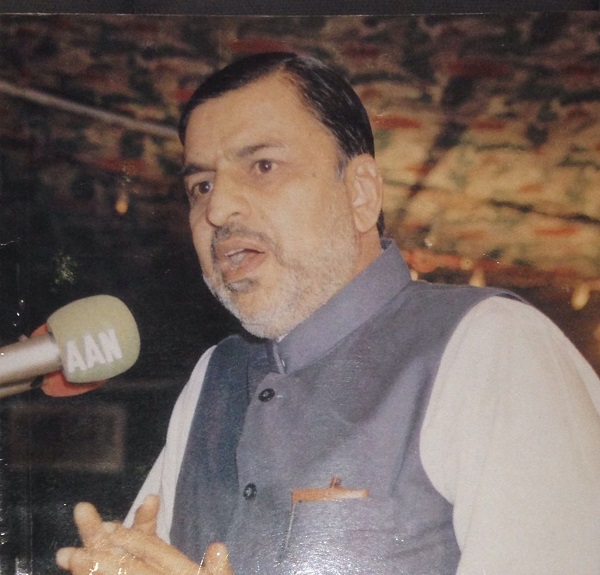 It is 24 years since the death of Karachi Jamaat President Shaheed Hamid Ali Bhojani,  martyred along with 13 friends and community members on 25 February 1995.

This tragedy in Mehfil e Murtaza, Pechs, Karachi, robbed us of noble souls committed to His servitude through fasting and welfare activities.

Born on 13 September 1945 in Bombay, Shaheed Hamid was a great Khoja community leader and philanthropist in Pakistan.

A lifetime of service

Shaheed Hamid spent much of his life in community service, leaving a lasting legacy for the Karachi Khoja community. This passion drew him into Jamaat affairs at the age of only 20 in 1965, and three years later he stood for election for the first time. He carried out numerous community activities until 1988, when he assumed the position of the President of by far the largest Jamaat in the history of the Khoja community.

His relentless efforts and dynamic leadership proved a pivotal force in putting Karachi Jamaat back on the map after many challenging years in the post-partition era. He led a deep overhaul, focusing on democratic norms, education and a sense of belonging and participation. His charismatic attitude was a mobilising force, bringing fresh impetus to the areas of faith, education and community welfare.

His commitment translated into the construction of Fatimiya School of Karachi, as well as of Anjuman e Khuddamul Qur’an and Bagh e Zehra in Kharadar and Zainab Punjwani Memorial Hospital in Soldier Bazar.

It was during his tenure that the mammoth undertaking of the census was conducted and computerised membership issued, a long overdue project for most of the Jamaats in East and West. He attended the triannual conference of The World Federation of KSIMC in London in 1988 and took the initiative of membership of The WF.

Shaheed Hamid’s excellence continued in his professional life. He was elected Chairman of the Travel Agents Association of Pakistan after top-flight experience with Pakistan International Airlines and Syrian Arab Airlines, and later established his own travel agency.

A beacon for future generations

His legacy prevails today, providing guidance and momentum for a vibrant Khoja community that reflects his spirit and endeavours. His memory will be cherished as a beacon for upcoming generations.

They desire to put out the light of Allah with their mouths, but Allah shall perfect His light though the faithless should be averse (Qur’an 61:8)