Home Community Creating the future leaders of our Khoja Community 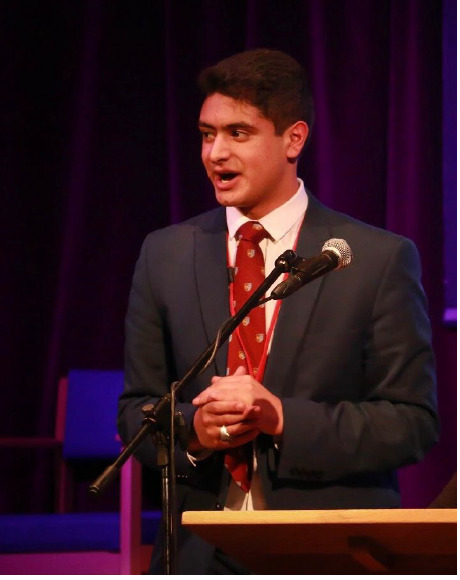 In our world today, it’s becoming more evident that the power of oratory and communication is often underestimated. It’s intriguing to think that one of the most vital skills that we require, the art of public speaking, was never something that was taught to us as part of a set curriculum. Rather it was something that we developed as a result of our daily interactions with other people.

As a consequence, whilst we may have a decent aptitude for public speaking, it’s still a skill which needs to be refined. Finding the perfect equilibrium between the content of what to say and the delivery of how to say it is a rare attribute, yet something which the youth of our community should be aspiring to be able to achieve.

It was Franklin D Roosevelt who epitomised the power of oratory when he said, “we can’t change the future for our youth, but we can change our youth for the future.” This quote from Roosevelt accurately represents the work of HEDMUN, the Model United Nations society based at Hujjat, Stanmore. We train over 30 delegates of both genders every week, aiming to improve their public speaking and diplomacy skills.

Three years ago, in February 2016, the concept of MUN was introduced to the mosque environment by Ali Kermalli. It was through his efforts that the first mosque-based Model United Nations club in the whole of the UK was formed. Bringing MUN to a mosque shattered the misconception of the activity only being available to people who attended private and academically selective grammar schools, which it previously only was.

So what is MUN? It is essentially an activity where students get to represent a country and debate about a contemporary issue in an attempt to solve it, much like what delegates of the real United Nations do. Students learn how to make speeches and how to represent country policy as well as how to draft concise resolutions, aiming to find solutions in an effective yet efficient manner. Therefore a multitude of skills are obtained from the activity.

All of these skills are then put to the test at inter-school conferences. This is where our students battle it out with other schools in an attempt to win awards for being the best speakers. It was a real pleasure to see that in February 2019, three years after the club was formed, we attended our 10th conference. Over the last few years the club has collected over 35 awards from these conferences, which is an amazing achievement considering our mosque-based club competes against the likes of Eton and Harrow!

Moreover, Model United Nations allows the application of the Islamic teachings of morals and ethics to contemporary problems of both a local and global scale. It has enabled our students to understand some of the major issues which occur around the world through the medium of debate. From solving the refugee crisis created by the Syrian Civil War, to imposing serious measures to curtail the threat of climate change, not only do our students improve their communication skills, but they also gain a rich base of knowledge. In addition it has allowed our students to build respectable engagement with the members of other gender, as well as people from different religions and socioeconomic backgrounds.

I often feel that the main reason why I believe so much in HEDMUN is because the society empowers the community’s children of today, by equipping them with solutions for contemporary issues, so they are ready to be the leaders of tomorrow.

When Michael Hart was asked why he named the Prophet Muhammad (PBUH) as the most influential man of all time, he said: “He was the only man in history who was supremely successful on both the secular and religious level.” What we often don’t remember is that the Prophet Muhammad came to a society of Bedouins who buried their daughters alive. Not only did he manage to roll out our beloved religion, but he also was an extremely effective leader of the people. Therefore the fusion of implementing our faith, coupled with the finding solutions to contemporary issues may help us understand how the Prophet was such a successful leader.

With the momentum which was generated in HEDMUN, I was able to found the Challoner’s MUN club at my school, Dr Challoner’s Grammar School. The results we saw were astounding. In one year, our club grew from 10 to 50 members, we managed to hold our own conference and we were to attend the international MUN conference in St Petersburg, where we walked away with ten awards. Yet the heart-warming fact was when people asked me at my school where I got the idea from, I would always say my mosque.

A thriving activity in every Jamaat

After founding Challoner’s MUN, I realised with passion and dedication these societies flourish very quickly. Therefore I thought, if MUN has empowered our children at Hujjat Stanmore, why can’t it do the same for other Khoja Shia Ithna’Asheri communities worldwide? It is therefore my ambition to make MUN a thriving activity in every Jamaat under the World Federation. This dream can only ever be actualised if it’s championed at Jamaat level. We have created a bank of resources which we would love to share.

Just remember, as my dad loves saying, if you don’t have a seat at the table you’ll be on the menu. Let’s ensure that our youth get a seat on the table so they are in a strong position to influence policy that will affect them.