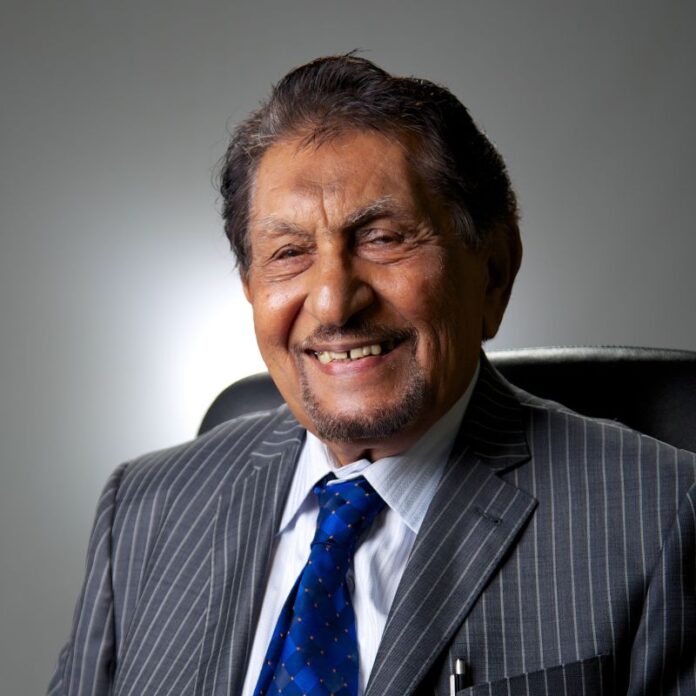 Marhum Mohamedbhai, the eldest of six siblings, moved with his family to Dar es Salaam at a young age where he completed his academic education – both primary and secondary, and thereafter joined the Civil Service treasury under the British Colonial government, working with the Tanganyika government, and then under the Tanzania Government. As a Civil Servant, he developed systems that served as a benchmark during his time. He established his own business when his career as a Civil Servant ended and ran it until his retirement from work altogether.

Marhum Mohamedbhai became the President of Dar es Salaam Jamaat, the largest Jamaat in Africa, in 1971 serving for a term of 8 years. In 1983, he became the Chairman of Africa Federation and served as the Chairman for a period of 12 years (1983 – 1989 and 1995 – 2001) as he led the community with his vast knowledge and experience.

Alongside his position as a President, he also served as a Councillor of Africa Federation and a Councillor of the World Federation. With his passion for Tableegh, Marhum was instrumental in the formation of Bilal Muslim Mission, and also proposed the idea of forming a Central Bilal Board to coordinate the activities of Bilal Mission across Africa.

Marhum was one of those great leaders who showcased courage and conviction as he played an active role in shaping the future of the community at a time when many community members were facing political and economic uncertainties.  He made his mark as an advisor, during the expulsion of Asians from Uganda in 1972 and the Somali Crisis in 1989.  It was under his Chairmanship of the subcommittee formed by the Supreme Council, the MARRIAGE CONTRACT was drafted and adopted by the Africa Federation.

Marhum had a distinction of holding a leadership position in Africa for 20 years. With his plethora of knowledge and experience of the community, he was a senior most leader of our wider community, and a true loss for the global Khojas today.

Last year, in an article published on Khojapedia, Marhum Mohamedbhai stated, “The opportunity of having been able to serve my community all this long is certainly a great achievement to my conviction to serve my people and I must admit that I cannot, by any stretch of imagination accredit this success due to my personal self but to Allah (swt) whose blessings facilitated smooth discharge of heavy duties and responsibilities entrusted upon me each time.”

In May 2014, The World Federation presented Marhum with a lifetime achievement award, for his wealth of experience in social, economic and constitutional matters of the community.  He was seen participating at Regional Federation and World Federation meetings providing advice and benefit of his experiences.  Until the end Marhum still continued to serve and advise with the same zeal as he always has.

Marhum Mohamedbhai had deep love and affection for the community. He attended almost every meeting held by AFED and The World Federation.  He was active till his last days – as an invitee,  he marked his presence just a fortnight ago at the meeting of AFED Supreme Council on 18th December, 2020.

A man of humble disposition, Marhum mingled easily with one and all, young and old, rich and poor, black and white, endearing himself as a man of vision and wisdom with the community’s welfare at heart.  The World Federation mourns his departure and shares the grief of the whole community at large.

The President of the World Federation Alhaj Safder Jaffer paying his tributes to Marhum said: “I had the honour of meeting Marhum Mohamedbhai a few weeks ago during my visit to Dar es Salaam. For the first time ever, I spent over an hour at his home and Marhum vividly narrated historical anecdotes with a profound memory.  He recalled how communities united and enhanced rich discussions and strong bonding’s during supreme council meetings.  Marhum reiterated how important it was to engage with all segments of the community during such forums. He advised me to revive some of those practices during WF meetings. I will truly cherish those moments spent in his company”.

We offer our deepest condolences to the entire Dhirani Family and to our community, on the loss of Marhum Mohamed Gulamhussein Dhirani and pray to Allah (swt) to grant them patience.

We request our readers to kindly recite Surah Al-Fatiha for the departed soul of the Marhum.

LOANS for LIFE – changing the poverty dynamic for good