Home Community Farewell to a passionate man and a compassionate doctor 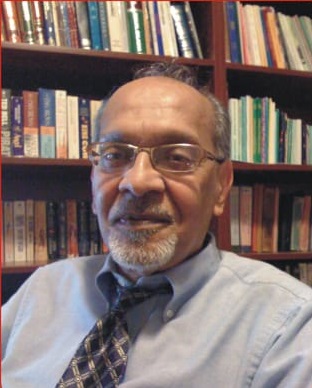 A gentleman with passion, a doctor with compassion, a leader with dedication, a friend with affection, and above all, a family man with devotion, Dr. Abbas Moledina lived his seventy-four years as an exemplary human being.

Born at the foothills of Mt Kilimanjaro, in Moshi, Tanzania on December 14, 1945 and educated in India, he made a name for himself as a proficient yet benevolent physician in Chembur suburb of Mumbai – a city that makes even the softest of souls hardened, in one’s struggle for survival.  It was a mark of his character and integrity that he chose to serve as a doctor in the land of his ancestors, when many of his peers chose more lucrative pastures in the Western world.

He showed leadership potential very early, being appointed the Head Prefect at the Mawnezi Secondary School in the early sixties. Upon relocating to India to attend medical college, he was a mentor and a guardian to many students from East Africa who followed.  In addition to the yeoman services to professional medical institutions in India, during his 30-year residence in the country, his passion to serve humanity saw him gingerly trudging the muddy sewers of the slums of Govandi, near Mumbai.

In 1987 he helped found and oversee the World Federation Primary Healthcare Project when a school and a clinic were established under the aegis of the As-Safeena Trust. Dr. Abbas was appointed as the Chairman and Managing Trustee and continued actively serving the large population of Sadaat living in Govandi, until his migration to Canada in 1992.  Even post-migration, he continued to champion the cause of the School in Govandi.

At his finest in the slums

Normally a very genial individual, it was amongst the slum dwellers that he was at his finest, dealing ever so gently with mothers whose children needed basic vaccinations and at the same time talking tough with local slum “dadas” who controlled Govandi.  He refused to grease their palms when the WF wanted to get a waterline in the Shia area of Govandi.  Those of us who accompanied Dr. Abbas, as WF delegations, would be held spellbound as he calmly yet firmly negotiated with those tough guys for better services on behalf the poor of Govandi.

As a long-standing member of the Medical Advisory Board of the Word Federation, his energetic presence, along with, amongst others, Dr. MTI Walji, Dr. Gulam Rajpar, and Dr. Akber Mithani  on many of the WF Hajj Medical Mission trips, was a sight to be seen, as the team of doctors and volunteers spared no effort in helping our hujjaj.

In those days Hajj facilities were pretty rudimentary and not as well developed as now and therefore, a distinctive mark of Dr Abbas’s contribution was his insight into practicing Hajj medicine as it was more akin to practising in India.  To that end, his professional advice and brotherly counsel to his fellow medical professionals from the West, especially to those on Hajj for the first time, was invaluable and directly and indirectly benefitted many Hujjaj.

Passion and enthusiasm in Canada

True to the family tradition of Moledinas of Moshi, and walking in the footsteps of his respected father, Marhum ‘Dostbhai’ Moledina, Dr. Abbas’s services to the community continued unabated upon his migration to Canada in May 1992.  In addition to his many services to the Vancouver Jamaat, his extraordinary passion and enthusiasm during the development and construction phase of the Az-Zahra Center was yet another example of his razor focus and dedication, as he not only aggressively participated in fundraising but also meticulously oversaw every step of the development of the beautiful center.

The World Federation offers its heartfelt condolence to his wife Fatimbai, sons Azeem and Arif, daughter Akeela, and the entire Moledina Family. May He grant the Marhum a place in the proximity of the Masumeen (AS) and sabre Jameel to the family.