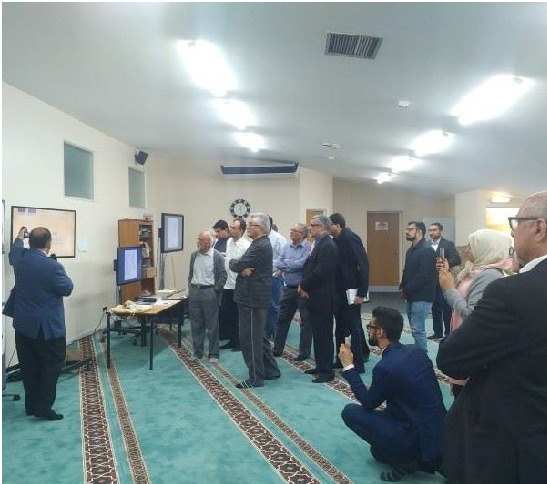 The weekend of 6th and 7th April was a rare celebration of Khoja Heritage. The Festival organized jointly by COEJ and WF-KHP, took place at Al Zahra Centre in Watford.  Over the two days, in addition to the usual menu of historical perspectives by Community historians and inspirational presentations by leaders and academics, visitors were treated with diverse range of activities.  A start attraction was a  multimedia exhibition tracing our migratory patterns over 700 years, rare 100 year old manuscripts flown all the way from Mulla Asghar Resource Center (MARC) in Toronto, (digitized version of which are now available on www.khojahistory.org), as well as an pictorial depiction of  300 plus centers built by the Khoja Community around the world over the past 150 years as well as sport exhibition dating back to 1920.  (Exhibition walkthrough – https://youtu.be/XlnN2XmDArk).

Al Hajj Razaly​bhai Hiridjee, director who had flown all the way form Madagascar, outlined the history of MARC and how the Center had been a catalyst in spawning heritage activities, by way of creating a unique archive resource of our history. 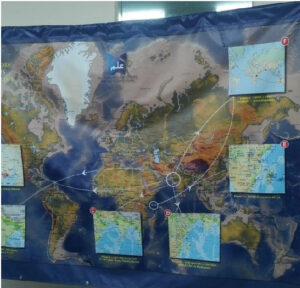 This was also an opportunity for European Jamaats to ruminate and record the history of their jamaats with Paris North, Birmingham, Peterborough, Essex, Switzerland, Leicester, Hyderi, Marsta, Hujjat, and Gloucester Jamaats participating.  The session on European History culminated in a strong commitment by Dr Akber that Khoja Heritage would be one of the major priorities of COEJ and received reciprocal commitment by Jamaats present to redouble their effort to find and preserve record so the history could be written. The WF-KHP team welcomed the initiative and have offered all possible support in ensuring that the History of the Community in Europe over the past half century is preserved.

The Khoja Community – Past Present and Future

The Festival attendees had an opportunity to listen to scholars, intellectuals as well as community activists as they reviewed the past, reflected on the present and gazed at the future.  Reviewing the past, Sheikh Kumail Rajani presented a critical analysis of how the British Courts in India in the 19th Century sealed the fate of the Khoja Community, while Br Jaffer Manek offered a comparison between now and how things were 150 years ago. Br Nazir Jessa in his illustrative paper traced the evolution of the Khoja Community in the UK form the Ithnasheri Union in the early sixties to the formation of the World Federation in the seventies.

Linking the past to the present, Dr Hasnain Walji reflected on how community’s appreciation of heritage is gauged by the preservation of its intellectual history and the amount of scholarship it has produced. Addressing our present challenges, Sr Sabira Lakha passionately pursued a case for financial dignity and independence for married women while Dr Annie Shamsi and Sr Farzana Kara Walli evaluated the Community Health Action Model for mental health issues for the Khoja Community

In the futures panel, Dr Sibtain Panjwani connected the present with the future by way of suggesting ways to harness the power of the Community by Integrating Mimbar with Madrasa and Family. Finally, Dr Morgan Clarke and Dr Ali Reza Bhojani, presented their future research study of what it means to follow the sharia in Khoja Shia Muslim communities of Europe, in the context of the complexity of the ways in which sharia-mindedness is interwoven within a particular spiritual and cultural identity. This was followed by an interactive session, led by young volunteers Sumayya Bandali  & Asgher Hemraj from Birmingham  on the pre-eminence of Culture over faith or of faith over culture generated a very spirited discussion depicted the diversity of thought in the community, the pragmatic consensus being that both had their place for any society to flourish as we had. 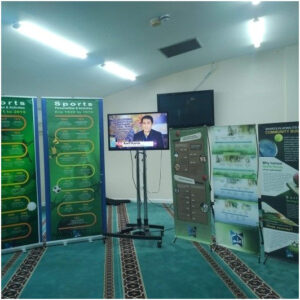 The WF KHP Team, Dr Hasnain Walji and Sh Kumail Rajani briefed all present on the actions The World Federation was taking to preserve Khoja Heritage. Amongst numerous initiatives are:  to record events and personalities on www.KhojaPedia.com, holding Academic Conferences, naming Khoja Heritage Sites, and  fortnightly Reading Circle to study Khoja Manuscripts. Such reflections, help the Community in reframing the narratives about the Khojas, hitherto monopolized by orientalists, mainly sponsored by the Ismaili Community.  As a humorous, yet insightful example, cited by Dr Hasnain Walji, was that the traditional Khoja KHICHDO, which has now gained a place as a celebratory dinner item, had very egalitarian beginnings. Records indicate, that whenever there was a Communal meal in the early periods (Circa 1900s) the rich would bring the meat, and the poor would contribute grain, and those who could not even afford that could just bring some simple spice like turmeric. Once the traditional ‘DHEG’ had been suitably filled by the participates, the KHICDO would be cooked as a communal meal. Has this history been widely known, perhaps we would have had less arguments in Jamaats as to the appropriateness of serving KHICHDO on Ashura or Chehlum.  At the end of both days, attended had an opportunity to watch the Gujarati version of the Khoja Documentary. 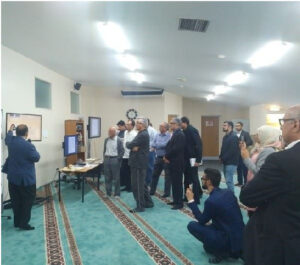 Khoja Humor – Last but not the Least

Finally, Mulla Roshan Versi entertained participants with his characteristic wry humor while Afzal Somji and Sarfaraz Jeraj played Phua and Phida, in the skit called Pan Shop Polemics of Phua and Phida, abstracted from a column written by Dr. Hasnain Walji, amusing the audience with a spirited discussion on whether the Khoja Community should be a single colored soup or a colorful bowl of salad. (Link to https://youtu.be/Xf9Kh8o9hLU).