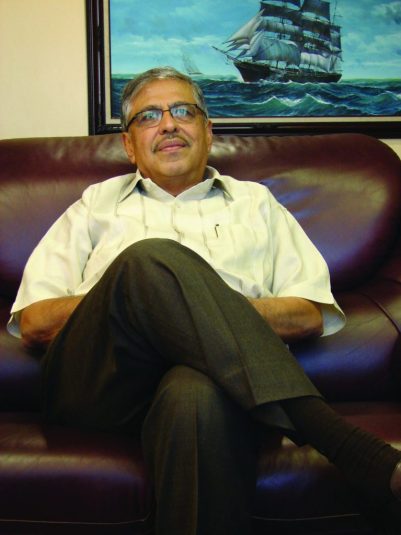 Mohamed Hussein Jaffer of Grain Bulk has been awarded an honorary doctorate in Humanities by the United Graduate College and Seminary International.

Mr Jaffer, who started his career with a $200 loan in 1976, is now the head of the $1 billion business empire The MJ Group. The largest part of the Group is Grain Bulk Handlers Limited, a grain terminal in Mombasa on the coast of Kenya. Grain Bulk, which revolutionised the handling of bulk dry commodities, is now valued at over $140 million and discharges imported grain from all over the world to farms and customers across Kenya as well as to Uganda and many others.

Service to the vulnerable

However, he is not only a successful entrepreneur, but has also performed extraordinary service to our community throughout his career. He is the Chairman of the Jaffer Foundation Charitable Trust, which donates $500,000 of food to less fortunate Muslims in Kenya every Ramadan as well as supporting education, housing, and medicine for vulnerable people in the community on a global scale. He is the Chairman of the Jamaat in Mombasa, Kenya, where Grain Bulk is based, as well as serving as the African Federation Councillor to The World Federation.

The awarding body for Mr Jaffer’s doctorate, The United Graduate College and Seminary International, is a worldwide organisation in over 50 nations and with over 100,000 graduates. This honorary degree is a testament to Mr Jaffer’s contribution to society, and shows what an inspiring figure he represents in our community.

Mr Jaffer has also recently been honoured with the iChange Nations World Civility Award. iChange Nations is dedicated to building cultures of honour worldwide, and its awards recognise distinguished individuals who have exemplified extraordinary humanitarian efforts to effectively change nations. Mr Jaffer’s latest achievements reflect his exceptional accomplishments within and outside our community, and his success uplifts us all.