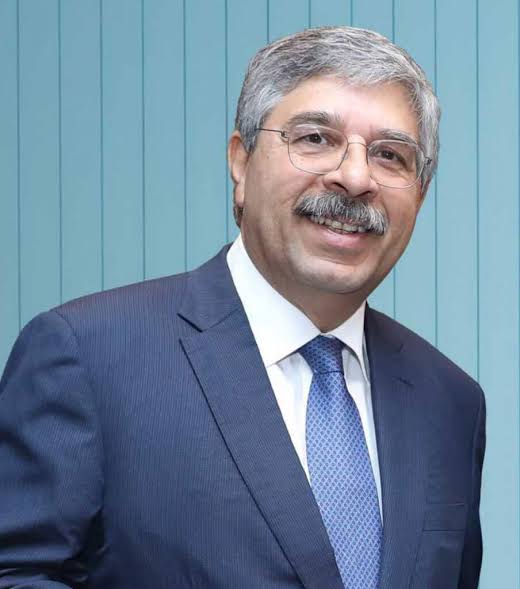 The Khoja world is mourning a great entrepreneur, philanthropist, intellectual and Pakistani patriot who has passed away at the age of 64.

Ali S Habib was Chairman of Indus Motors, the manufacturers of Toyota in Pakistan, a founder of Habib University in Karachi and an adviser to Pakistani Prime Minister Imran Khan.

He was described by Toyota as “one of the finest intellectuals of our generation.”

Mr Habib died yesterday and his funeral was held in Karachi today. Because of the coronavirus crisis, the service was restricted to family only.

A statement from his family read: “With profound grief we announce the peaceful passing away of our beloved Ali Suleman Habib on Friday, 17th April, 2020 in Karachi, Pakistan. We request everyone to recite Surah Fatiha and 3 Surah-e-Ikhlas for the departed soul from their homes. May God grant him the highest place in Jannat-ul-Firdous and give everyone strength to bear this loss.”

Mr Habib was suffering from pancreatitis.

Imran Khan tweeted: “Saddened to learn of the passing of my old friend Ali Habib. He was a respected and enterprising businessman who was a member of the SKMT Board and was helping our government in an honorary capacity in the Ministry of Commerce.” SKMT is the Shaukat Khanum Memorial Trust (a cancer hospital.)

He also headed and oversaw the operations of the House of Habib, a conglomerate of companies employing over 15,000 people. The group has four publicly listed companies.

Toyota Central Motors paid tribute, saying: “We are deeply shocked and saddened at the untimely passing of Ali S. Habib. Our most sincere condolences go out to the Habib family. We lack words to express our grief over the passing of our phenomenal IMC founder.

“Ali S. Habib will be remembered for his exceptional contribution towards Indus Motor Company, Toyota Pakistan. We have lost one of the finest intellectuals of our generation. May Allah swt grant him Jannat-ul-firdaus, and forgive him for his sins. May he make his grave a place of comfort and light. He will be sorely missed.”

He was the founding chairman of the Young Presidents Organisation, Pakistan Chapter, and former chairman of the Pakistan Business Council.
He was a graduate in Mechanical Engineering from the University of Minnesota and attended the PMD programme at Harvard University.

Tributes from the world of politics

“Very saddened to hear of the passing of Mr Ali Habib. A good friend, a very decent man and a captain of industry, he left us all too soon,” tweeted former finance minister Miftah Ismail.

Former interior and planning minister Ahsan Iqbal called the news “extremely sad.” He tweeted: “He was a good friend & very patriotic industrialist, who contributed immensely in the development of Pakistan.”

Leading stockbroker and businessman Arif Habib told Geo News that Mr Habib’s death was a big loss for the nation, saying: “He was a fearless man who did not shy away from expressing his views in front of policymakers … He was a nationalist who used to tell people not to discuss personal issues or problems and instead talk about national issues.”

Mr Habib was a member of the university board of governors.

Established by Habib University Foundation, the university has a merit-based need-blind admission policy, offering access to students of all backgrounds.

Completed at a cost of $60m, it aims to be a world-class centre of learning. It is a distinctive liberal arts and science university providing a well-rounded education to outstanding students from Pakistan and the region. It is renowned for its award-winning campus design, international faculty, global partnerships, and academic and student life programme.

A Message Welcoming the holy month of Ramadhan 1440 A.H. by Alhaj Shabir Najafi,...

Ten ways to prepare for the holy month of Ramadan