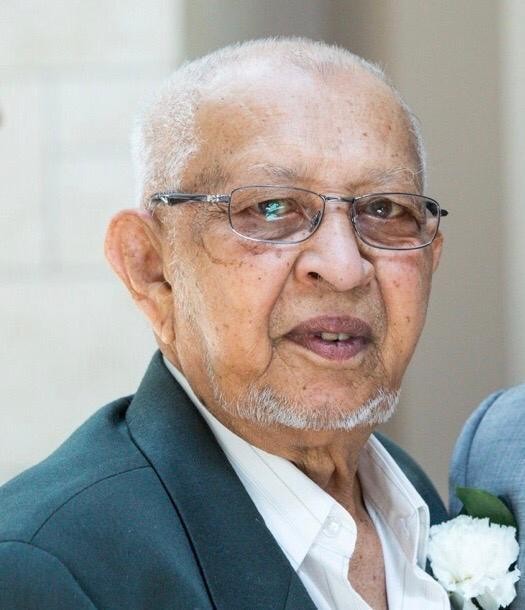 Mombasa Jamaat is mourning the loss of a cricketing legend.

Roshan Kassamali Merali Dewji was a talented all-rounder famed for taking five wickets for 11 runs in one crucial match.

“Roshanbhai was a true sportsman liked and admired by both the young and very old. As a cricketer, he was a popular all-rounder, being an opening batsman and bowler playing for Jaffery’s from 1948 until 1973. His career-best bowling figures were 5 wickets for 11 runs playing for Coast Asians against Europeans.

“In addition, he was an agile fielder with safe hands who could field anywhere around the ground but specialized in the key positions of cover, gully, and in the final stages of the game in tense moments, on the boundary or in close field to save a single. He took some of the most spectacular catches in his long and distinguished career, and his ball throwing was so accurate that batsmen would fear to take a run from him.

“He was of a cheerful and loving nature and would encourage and train youngsters in the cricket nets, which were in those days conducted by Gulamabbas Habib Tommy and Marhum Sultanbhai Lakha.

“After he retired from playing cricket, Marhum would watch the games. He would share his experiences with the young players and would give them useful tips. He also played football and loved fishing in his spare time.

“Roshanbhai was born and lived most of his life in Mombasa, where he was a regular in the mosque before he migrated to Canada. He would be present without fail during the fajr prayers in the company of Marhums Mulla Gulamhusein Datoo-Bishon, Mohamedbhai Bishon, Hassanbhai Sadak and Amirbhai Sadak.

“I was fortunate to visit Marhum recently. He cherished the good old memories and gave me advice and words of wisdom. His always-smiling face will forever be remembered by all who knew him.

“May Allah (swt) grant Marhum maghfirat and a heavenly abode within the vicinity of Alhlul Bayt(as). May he grant the family members sabre jameel. Ameen. Please remember the Marhum in your du’as. Kindly recite Surah Fatiha for the Marhum.” Al-Fateha