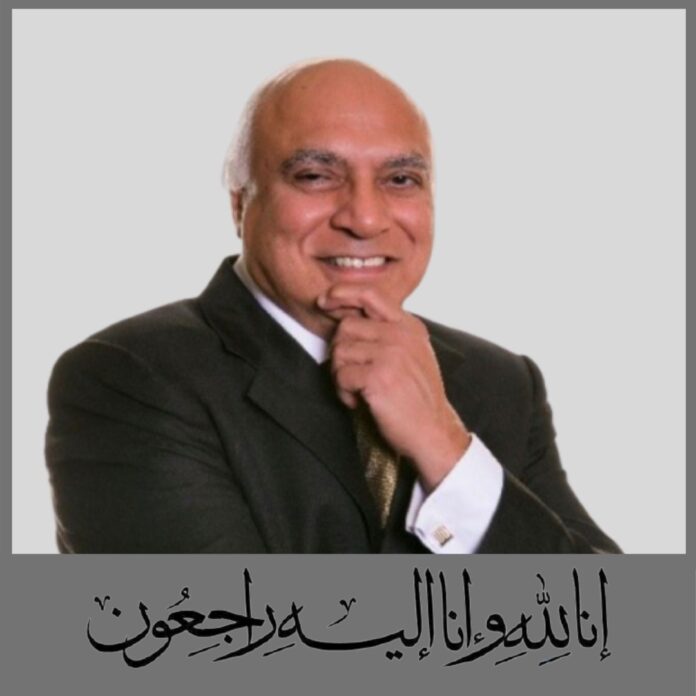 Alhaj Mujtaba bhai, son of Alhaj Husein-bhai Abdulrasul Datoo and Zainab-bai Ahmed Lakha, was born in Zanzibar in February 1955 and is recognised by the Datoo family for his services to the world-wide Khoja communities, and to many a younger generation in guiding and supporting their educational pathways.

Mujtaba had a very strong academic repertoire. Like many of the competent talents emerging out of the island of Zanzibar, it started with a solid primary schooling at Haile Selassie (Sir Euan Smith), and then later continued his secondary schooling at St Joseph’s Convent in Dar-es-Salaam. He completed his “O levels” and “A Levels”, with top grades, at the Agha Khan School in Nairobi. He secured a full scholarship at Columbia University (one of the most prestigious Ivy League institutions in the USA), where he graduated with distinction.  This great accomplishment laid the foundation for his professional career in Actuary.

His Actuarial career spanned over 40 years, having practiced in the public and private sectors in the USA, and progressed to the position of Actuarial Practicing Leader in a leading international consultancy, Aon in Los Angeles. He was a regular contributor and keynote speaker at Actuarial conferences, and wrote several articles in numerous professional journals. He rose to the highest membership grade in qualified institutions. He was finalising the publication of a book (250 pages), “An Actuarial Primer”, passing on his years of accumulated experiences in the field, aimed at aspiring people to take on Actuary as a professional career.  It describes, step-by-step, and in simple easy to understand language, what is involved in compiling an actuarial report.

At the start of his career, actuary was almost an unknown career pathway in the Khoja community. He took every communal gathering as an opportunity to raise the profile of this profession, and today, quite a few of our community members are studying and practising Actuary.

His communal service started in earnest as one of the establishing members of the New York Jamaat in the early 1970s. In 1976, he was a delegate from the New York Jamaat at the founding World Federation Conference in London.  It was then, that he advanced the idea of an Electoral College as the one fit-for-purpose for elections of such a worldwide regional federation. This finally came to fruition in 2010.

He has been a regular delegate at NASIMCO and WF Conferences and has skilfully mediated on constitutional matters.

He served as Caretaker President of NASIMCO, and recently as the WF ElectoralCommission Chairman. In 2017, he was awarded the “Outstanding Services Award to the WF”, and in 2021, the “WF Lifetime Service Award” for his long services to the community.

His professional work necessitated familiarisation with legal state laws, and this gave him an insight into various governance processes. He used this knowledge to contribute to the various communal drafting of Jamaat constitutions, and its evolution through the years: NASIMCO, New York, Miami, Los Angeles, and Minneapolis (IHC) to name a few.

He wrote a popular book “The Hajj, A Personal Journey” (European Hajj Mission, Council of European Jamaats, January 2001). This work was a compilation of his personal observations and experiences of his Hajj pilgrimage in 1999.  The 155-page book, gives the reader a vivid picture of the whole journey: the spiritual build-up, the camaraderie amongst the group, and the “behind the scenes” clear descriptions of the intricate logistics involved. The book is still appealing, and many pilgrims have benefited from this as they embarked for their Hajj.

Marhum had travelled worldwide, and his work took him to many states (46 out of 50) across USA.  He had also visited many other cities for holidays, family visitations and pilgrimages: East Africa, Middle East, and Europe.

A true polymath, Mujtaba-bhai has had multiple passions: Solving unmathematical puzzles, reading autobiographies of famous personalities, and had even climbed Mount Kilimanjaro! He enjoyed sports and kept a fit regime, being an enthusiastic tennis player and spending dedicated time in the gym as well as swimming in his residential complex.

As a speaker, he was very polished and had a unique style. He was indeed able to address various crowds and audiences in the formal and informal settings, as a facilitator, acting as Master of Ceremonies and running many seminars and workshops to mention a few. However, all attest that he was never over complicated and is fondly remembered as being humbled to the core when speaking and imparting knowledge.

Alhaj Mujtaba-bhai was a unique maestro within the community, blessed with a phenomenal intellect, and many gifts that have endeared him to many, young and old, worldwide. He not only has flown the Datoo flag high, but also made the Khoja community proud and leaves a rich legacy for the coming generations to emulate.

The World Federation offers its deepest condolences to the Family of Marhum Mujtaba-bhai Datoo, and the entire Khoja community. We pray to Allah (SWT) to grant the Marhum maghfirat and elevate his position in Jannah, Ameen.

We request our readers to remember the Marhum with a Surah Al Fatiha.