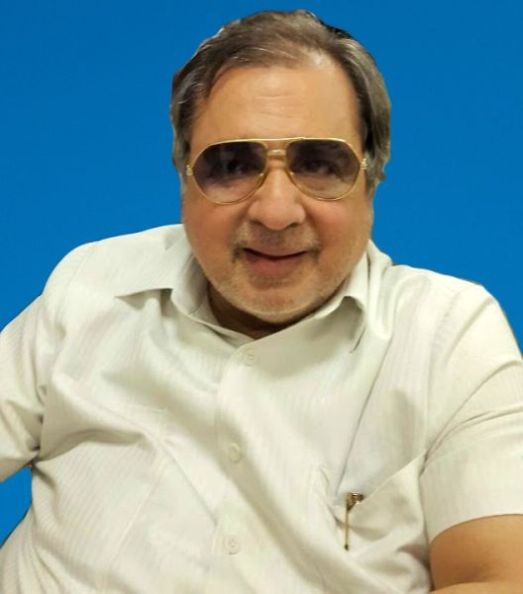 Who say, when afflicted with calamity: “To Allah We belong, and to Him is our return” Glorious Quran 2:156

Al Haj Mohib Ali Nasser was a legend in his own capacity, who requires no introduction. The Khoja world is truly mourning his loss. Marhum was an examplar to leaders worldwide, with his pure love, unalloyed affection, and limitless appreciation of the community worldwide.
Marhum Mohib Bhai left for his heavenly abode yesterday morning (Thursday, 22 October, 2020). Having just turned 73, Marhum was the beloved husband of Nasreen Bai, and father of Fatima, Tahera & Mohammed Ali and father in law of Zahra Nasser. Marhum is also survived by three grandsons, Sajjad Ali Hirji, Kazim Hirji & Hasan Ali Nasser.

Grandson of the Khoja legendary leader, Haji Dawood Nasser, and son of our great community leader, Haji Roshanali bhai Dawood Nasser, Marhum Mohib leaves behind vivid memories amongst his friends, where he was committed to serve the needy since he was a young man. His two common characteristics that featured during researching this piece was his honesty, and his care for the poor. As a youth he would go out of his way to help anyone who was in distress.

After the passing away of his father he took over as Chairman of AL IMAAN CHARITABLE TRUST, which today serves millions of the poor and needy in INDIA. He had a charismatic personality and was able to raise funds by his gentle and convincing demeanour.

Marhum Mohib’s name became synonymous with SERVICE TO HUMANITY. He was a KHADIME QAWM, and as one of his dear friend of 50 years quoted, A GHARIBUL GHURABA. Having traveled with him in India, he had personally witnessed his concern for anybody who was suffering.

At the peak of his career, Marhum ran a recruitment company, Al Nasser Group, and placed many into good jobs in The Middle East & Africa. Once he was questioned – How much do you charge these job seekers. He responded, “Nothing, How can I charge these poor job seekers who don’t have even enough to eat and support their families. Therefore I charge NO FEES to them. ALLAH is great. And sometimes the companies for whom I recruit pay me some fees.” This was the greatness of this man!

Moreover, his office in Mumbai often became a meeting place for visitors from AFRICA / EUROPE/ N AMERICA etc, and he always provided them a sumptuous lunch. He sat and discussed the challenges of poverty in India, and outside his office you would often see a number of people waiting to see him, so that he could assist in resolving their issues.

A notice outside his office door read: “Guests are welcome, relatives only by appointment”. The truth is he met everyone warmly. Among the visitors were many who would seek financial help from a trust at Najafi House in Dongri. He never said no to anyone.

Every Friday, even when he had difficulties walking after a severe fall and hip surgery, he would attend the weekly meetings at Najafi House. Nothing could dampen his energy, his courage to face odds.

He was actively involved in community affairs having served the MUMBAI JAMAAT for many years (as President of KSI Jama Masjid Trust Mumbai) but his focus remained the entire MUSLIM UMMAH and humanity at large. He was a mover and a shaker and always managed to get the work done with his zeal and enthusiasm.

He traveled across the length and breadth of the country, INDIA, to serve the widows, orphans and the needy. His focus was on assisting the needy in their medical care, education, housing, care of the widows and orphans, economic upliftment and welfare.

He also traveled widely to Middle East, Africa, Europe and N. America to make the donors aware of the humanitarian work being undertaken by ALIMAAN TRUST. He was a person of a pure gentle heart! He lived his life as a true servant of ALLAH dedicated to the service of humanity.

Marhum was a staunch lover of the Ahlul Bayt (AS), and his friends strongest memories are whenever he was at a Majlis, he only needed to hear the name of Aba Abdillah (AS), and he was at tears, without even beginning to listen to the Masaaeb of the Ahlul Bayt (AS). Marhum in his capacity served as the Malli Vakil of Sayyid Sistani. His sacrifice in traveling to IRAQ during the most dangerous times to regain possession of our MUSAFAR KHANAS (under Faiz e Panjatan), that today these institutions have become a symbol of service to Zawaars from all over the world.

Marhum Mohib bhai will be sadly missed by the entire world wide community and more so to the vast humanity that he served. Marhum was buried on the 22nd of October 2020 in Aaram Baug, Mazagaon, Mumbai.

A mission in social housing