Home Community Telling the story of AFED – the 21st century

This is the final instalment of our series telling the impressive history of AFED through the achievements of its leaders. You can read here about the leaders in the 1970s, 80s, and 90s. This part describes the AFED Chairmen in the 21st century to the present day, and the very ambitious projects they pioneered.

A passion for education 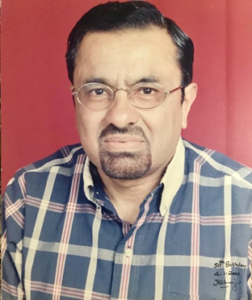 From 2001-2004 AFED’s Chairman was Alhaj Zulfikar bhai Khimji. With a dynamic nature and zeal to steer the youth of the community, he encouraged them to study further to higher academic levels. He was instrumental in raising funds and created scholarships. Many of our boys and girls took advantage of the support provided by AFED Higher Education Loans. Zulfikar bhai visited almost all Jamaats in East Africa and also Madagascar, Reunion, Mauritius, Congo and Mozambique.

Zulfikar bhai was a practical person and had the vision to take the Federation to higher degree of success. He also took a keen interest in Tabligh work of Bilal Muslim Mission and visited many Bilal centres in rural areas. He had a great passion for Madressah, and in higher religious education for our youths.

Tragically in 2004, taking over the post of the Chairman of AFED for a second term he was attacked by thugs in Nairobi City and died from the attack. His brutal death was a shock to the community. During his tenure, he was assisted by Vice Chairman Alhaj Ramzan Nanji, Vice Chairman CROI Mohammadraza Khamis, Honourable Secretaries Hussein Rashid and Barkat Rajani, and Honourable Treasurer Mustafa Pirmohamed. 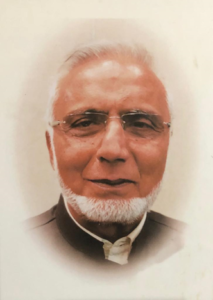 From 2004-2010, the Chairman who succeeded Zulfikar bhai was Alhaj Ramzan Mulla Nanji. He continued his predecessor’s mission, launching the Zulfikar Ali Khimji Memorial Fund (ZAKMEF) project to keep the legacy of Marhum Zulfikar bhai alive. This project was to collect funds for higher education loans for students, both boys and girls, to pursue further studies up to university and college level for bachelor’s degrees or advanced diploma courses.

During his tenure, Ramzan bhai improved the property portfolio by disposing of old buildings whose yields were minimal and re-invested the money, including funds raised through donations, to acquire four residential properties in good locations in Dar-es-Salaam for rental, and whose income is used for ZAKMEF higher education loans.

Ramzan bhai was also very keen to promote Tabligh within the indigenous Shia population. The Nairobi and Nakuru Centres in Kenya were further developed with the support from Mulla Nanji family.

During his spell as Chairman, Ramzan was assisted by Vice Chairmen Dr Asgher Moledina and Zulfikar Dewji, and Vice Chairman CROI Mohamedraza Khamis. The Honourable Secretary was Fazleabbas Chandoo and the Honourable Treasurer was Murtaza Kanani. 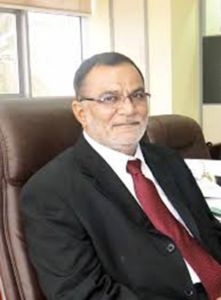 From 2010 to 2016 the Chairman was Alhaj Anwarali Dharamsi. His vision and mission was to forge closer ties with parent body The World Federation and the Regional Federations. His key objective was to strengthen Africa Federation thereby creating a sound base for the community at large. During his two terms he improved the working relationships with member Jamaats in mainland Africa and Territorial Councils in the Indian Ocean islands of Madagascar, Mauritius and Reunion.

Several projects were initiated during his term, including housing projects Al Sadiq in Tandamti at Kariakoo in Dar es Salaam and Al Qa’eem Residency in Arusha. Anwar bhai’s vision to make AFED self-sufficient resulted in the acquisition of a large property at a prime location on Julius Nyerere Road.

A milestone achievement occurred when Conseil Regional of Madagascar (CROI) after a lapse of about seven years re-joined AFED in 2011. Reunion Association became a new member of AFED in 2013, thus opening a new chapter in the history of AFED. Reunion Island (UAKSIR) is located in the Indian Ocean, east of Madagascar and southwest of Mauritius. Anwar bhai strongly believed in building strong relationships with all Jamaats and Institutions under AFED. He maintained good relationships with other communities and faiths, building bridges of good understanding and cooperation with other sects and faiths, and he would always encourage member Jamaats to do the same.

He also visited many Jamaats in Africa. During his tenure, AFED made great strides in establishing contacts with medical institutions in India for better and reasonable medical treatments for community members from Africa.

In March 2015, civil war broke out in Yemen and attacks from neighbouring countries destroyed virtually the entire infrastructure of this country. The situation was risky and the safety of our community members was a big concern. The World Federation, along with AFED and other Regional Federations, played a crucial role in the evacuation of the stranded families from Aden, Sanaa, Hodayda and Mukalla.

From there some went to India, Pakistan, Iraq and Africa. A committee led by Shan-e-Abbas Hassam, Secretary General of The World Federation, coordinated the operations. Huge cost was involved, met thanks to the generosity and magnanimity of our community members from Africa and other parts of the world who contributed generously towards the evacuation, transit accommodation and settlement of the families.

Throughout his tenure brother Dharamsi was assisted by Vice Chairman Shabir Najafi, and Vice Chairmen CROI Sabirhoussen Goulamlay and Navazaly Molou. The Vice Chairman UAKSIR was Amine Nassor. The Honourable Secretary was Aunali Khalfan and the Honourable Treasurer was Mohammed Hemani. 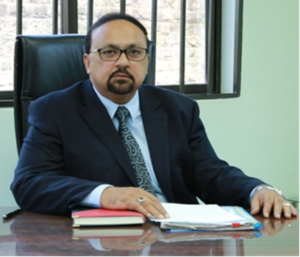 For 2016-2019 the AFED Chairman is Alhaj Shabir bhai Najafi. Building on his predecessor, his vision covers areas such as housing, education, female empowerment, health and Tabligh. For the current term, the focus is on housing schemes to help our community members own a decent home under the Rent-to-Own and Home-to-Own Schemes.

AFED’s strategy is to create housing schemes based on the needs in the constituent Jamaats and also to continue with the commercial projects to support AFED’s resources, creating a strong base generating income for activities like Tabligh, higher education loan schemes, housing etc.

A lot of emphasis is put in closer working relationships and active involvement in community affairs at regional as well as global level. There are regular visits to the constituent Jamaats of AFED, Regional Federations and The World Federation, all working as one family for prosperity and progress for the broader community.

You can read here about AFED’s leaders during its first 25 years.