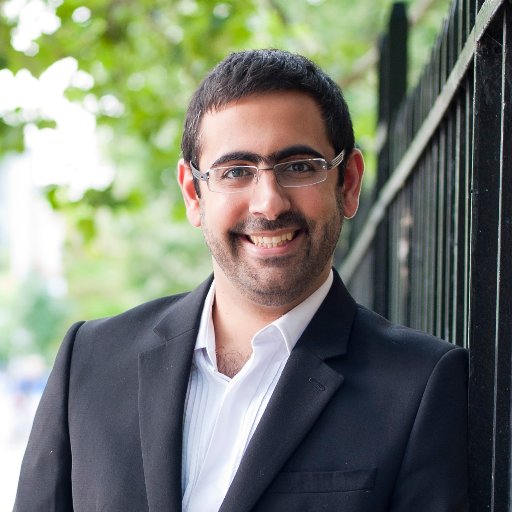 A member of the UK Khoja community, Miqdaad Versi, is taking a personal stand and challenging inaccurate press reporting about Muslims in Britain.

Versi, whom the Guardian has called “the UK’s one-man Islamophobia media monitor”, has for the last three years dedicated himself to fact-checking stories about Muslims in the British media in his own time and seeking corrections from the papers themselves or the regulating body Ipso if he finds errors or unfounded and misleading assertions.

By doing so, Versi is taking a lead on challenging latent Islamophobia and the misrepresentation of Muslim life and opinions, and helping to demand and create a fairer and more accurate media context. Sadiq Khan, the first Muslim to serve as London’s Mayor, has called Versi an “unsung hero” for his daily work calling for corrections, and believes he has found a positive antidote to widespread media negativity.

“There have been so many articles about Muslims overall that have been entirely inaccurate,” Versi says, “and they create this idea within many Muslim communities that the media is out to get them”.

He is also helping to challenge this idea himself and present a fairer picture of Muslims in the UK by contributing regularly to the Guardian’s Comment Is Free section and the opinion pages of The Independent, as well as serving as an active spokesperson for the Muslim community through his work as a public representative of the Muslim Council of Britain, where he is Head of Media Monitoring.

He sits on the board of Rights Watch UK, an organisation that aims to ensure that the UK’s national security measures remain just and accountable, and comply with international human rights law.

Inaccurate stories can contribute to prejudice

During his university studies, Versi’s interest in Islamic jurisprudence led him to spend a year in Damascus learning Arabic and studying Islamic law – an area of expertise that he employs in his corrections, as he believes many UK reporters are simply not culturally and religiously literate in their reporting.

This work of correction is systematic and analytical, as Versi combs the day’s news stories to identify all potential sites of misinformation before he begins to check their veracity. Stories that feed into Islamophobic prejudice through biased or even factually untrue reporting can spread like wildfire on social media and fan the flames of real-world prejudice.

An inspiration to the community

Since Versi began calling for corrections, he has met the editors of several UK papers, but he believes more needs to be done to challenge negative perceptions of the UK Muslim community and restore faith in the neutrality and honesty of the press. “All I’m asking for is responsible reporting,” he says, noting that he does not believe any community is exempt from criticism that is based on objective facts.

This driven man’s commitment to calling for balanced press coverage has a powerful impact on the way Muslims are spoken about in the UK’s public discourse, and his tireless energy in publicly seeking and valuing the truth is an inspiration to the rest of our Khoja community.

Back to 1977 – first Shia mosque founded