This series tells the impressive story of AFED by recounting the achievements of each of its Chairmen. This part is about the leaders in the 1970s, 80s, and 90s, a period that demonstrated an expansion in AFED and great ambition in its goals.

You can read here about the previous leaders, from the Federation’s first 25 years. 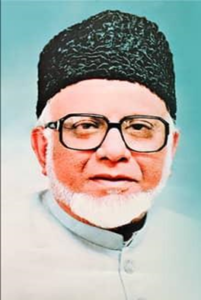 After spells as Vice Chairman and Honourable Secretary, Mulla Asgharali M M Jaffer became Chairman from 1974-1980. During this time AFED was in constant touch with our brothers in Europe, who had no centres to hold their religious ceremonies. AFED helped to provide religious guidance and books. Our institutions and brothers in East Africa and Madagascar gave financial assistance to Jamaats in Europe and North America to help construct their centres. This made the association between AFED and overseas Jamaats even stronger and more progressive.

During his tenure, Mulla Asgharali was assisted by Vice Chairmen HN Walji and AA Lakha. His Honourable Secretaries were Bashir Peera and AA Karim, and Honourable Treasurers were GE Karim and MG Hasham. 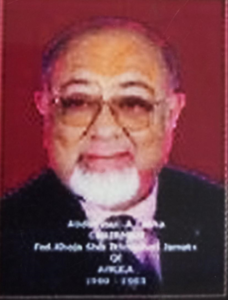 From 1980 to 1983 the Chairman of Africa Federation was Alhaj Abdulrasul A Lakha. During his term, very close relations were maintained with Jamaats in Western countries. Many mosques and centres were built in these nations and AFED organised a large donation from East Africa and Madagascar. By this point the Khoja community was spread all over the world – from Madagascar to North America and Europe there were settled communities with their own centres. It was also pleasing to see the good cooperation and collaboration between The World Federation and Africa Federation for the wider benefits of the Khoja community worldwide. Lakha was assisted by Vice Chairmen HAM Jaffer and YM Kermali, Honourable Secretary M Datoo and Honourable Treasurer A Khalfan. 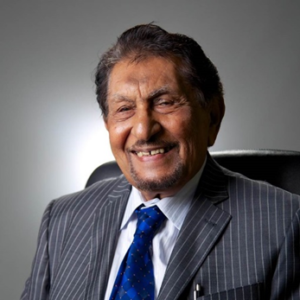 The Chairman from 1983-1989 and 1995-2001 was Mohamed bhai Dhirani, who had great experience serving the community and was twice given the opportunity to be Chairman for two terms. He supported Jamaats in housing, education and madressah projects. Bilal Tabligh Mission spread its wings to the neighbouring countries like Mozambique Burundi and Democratic Republic of Congo. Together with The World Federation, AFED built 22 flats in Kutch Bhuj in India.

Mohamedbhai is still active and attends the AFED conferences and supreme council sessions at various places in different parts of Africa.

In 1997 the 55th Session of the AFED Supreme Council was held in Kampala in Uganda after 42 years. Mohamedbhai’s idea was to gather our brothers in Kampala, which was once our glorious centre. Participants expressed their appreciation to Kampala Jamaat for organising the session, which gave them the opportunity to visit Kampala City, once a strong wing of AFED. It was also reported that the Jamaat counted 250 members and with past glory was reviving gradually. The Chairman also thanked Kampala Jamaat for taking on such a challenging task of hosting the conference.

Sadly, in 1985 the community lost one of its veterans, the Councillor from Mwanza Jamaat, Alhaj Muhammad Jaffer Nasser, during the 43rd Supreme Council meeting held in Arusha Conference Centre. Marhum passed away after making observations on the Chairman’s address. A condolence message from AFED Chairman was delivered by Alhaj Mohamedbhai Dhirani. 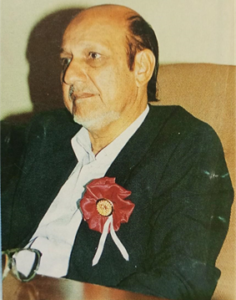 From 1989-1992 and 1992-1995 the AFED Chairman was Alhaj Habib bhai Mulji. He headed AFED and was instrumental in enhancing relationships with The World Federation and jointly working supporting our brothers in Gujarat India. AFED helped many of our needy families in Gujarat and other places in India.

In 1991 a civil war in Somalia decimated law and order, and the government was almost non-existent. Our brothers in Mogadishu and Merca were trapped in this conflict while violence accelerated. AFED organized a team to go to their rescue. Hon. Sajjad Bhai Rashid of Mombasa, Kenya volunteered and organized a group that went to Somalia to rescue over 800 of our brothers, sisters and children. A special ship was hired with a full medical team. Hassan bhai Ali M. Jaffer was monitoring the whole rescue operation and was keeping AFED officials informed throughout.

Sajjad bhai was awarded several medals for this brave and risky mission he undertook with his team. A Setwell committee was formed to look after and settle our brothers from Somalia: many settled in East Africa, some migrated to England, Pakistan and other countries in the West. Leadership, unity, wisdom and faith played a big role in the wellbeing of our community.

As Chairman, Mulji was assisted by Vice Chairmen Mohamedrafiq Somji, Mohamed Virani. His Honourable Secretataries were Habib Virani and Murtaza Walji, and his Honourable Treasurers were Murtaza Walji and Mohamed Hassam.

You can read here about AFED Chairmen in the 21st century, up to the present day.

Reflections on tragic passing away of AFED chairman, 15 years on