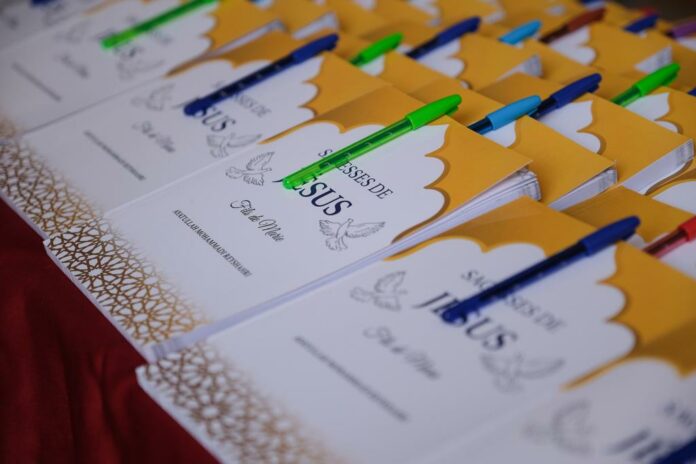 Around 400 people have attended an inspiring interfaith programme in Paris in collaboration with the World Federation External Tableegh.

Held at the Mehfil-e Zainab Shi’a centre in Courneuve, it drew government officials, ambassadors, bishops and an advisor of the Pope from the Vatican.

A new WF book published in French especially for the occasion, called “Wisdom of Jesus, Son of Mary” was very well received, particularly by Christian attendees.

Communities comprising Sunnis, Ismailis, Bohoras and Jews also participated, along with the local mayor. In respect for the venue, non-Muslim sisters wore a headscarf. 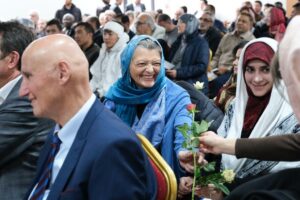 The interfaith programme, entitled “Together with Lady Maryam”, was broadcast by five television channels and Khoja TV. 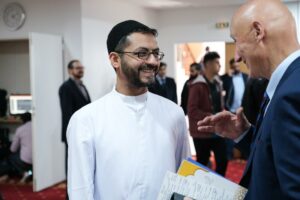 Guest speakers at the event on Saturday 6 April included Bishop Michel Dubost on behalf of the Christian community.