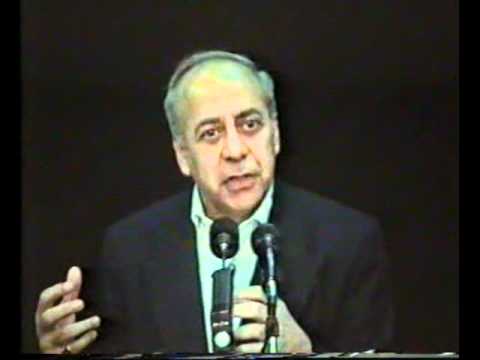 This year marks the tenth anniversary of the passing away of Marhum Murabbi Shaykh Murtaza Ahmed Lakha.

He served the global Khoja community for over 40 years as a dhākir of the Ahlulbayt (AS) and was a leading U.K. barrister.

A perfect human being

Former World Federation president Dr Asgar Moledina said: “In all the years I knew the late Al Haj Murtazabhai Lakha he was a living example of a perfect human being, both in his words and his actions.

“His humble and solemn nature outshone whatever he did. He was a quiet, unassuming personality who was at ease with the young and the old, and he was always more than willing to assist wherever he could.”

“His discreet advice when requested was invaluable, and his lectures both in English and Gujarati were inspiring and motivating. He is sadly missed by family and friends.”

Dr. Mohsin Jaffer said: “Marhum Murtaza Lakha was not just my brother-in-law but a wonderful mentor to me and many others.

Just like his name he lived the life example of Ameerul Momineen AS.
May Allah swt bless his soul and his family.”

Shaykh Lakha was very learned in Islamic studies. Despite his significant professional success, his greatest occupation was service to Islam.

He was blessed with inspiring oratory and he combined his persuasive eloquence with humility – a trait that endeared him to people from all walks of life and of all ages.

His propagation of the message of truth, peace and justice was facilitated by a considerable reservoir of knowledge and skill as a linguist, as he spoke six languages fluently: Gujarati, English, Swahili, Urdu, Arabic and Farsi.

He was totally devoted to spreading the message of the Holy Qur’an and the Ahlulbayt (as) and spoke on a wide range of subjects all over the world.

For the benefit of the worldwide community, his website provides a convenient resource of approximately 200 of his lectures spanning Islamic history, theology and spirituality.

In addition, there are also freely downloadable PDF files of his entire translation from Farsi and Arabic into English of Mafātīḥ Al-Jinān (The Keys of The Heavens), as well as the companion book Al-Bāqīyāt Al-Ṣāliḥāt (The Everlasting Good Deeds).

A decade since the community lost a ‘perfect human being’