Home Community A Tribute to a Khadim, a Zakir and a Zuwwar of Imam... 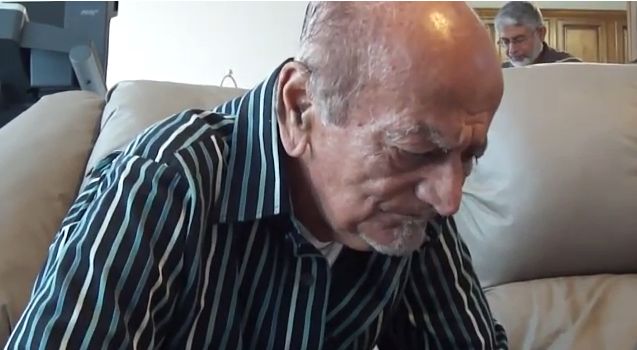 Originally from Zanzibar, Marhum Abdulrasul was a passionate, soft spoken individual who had a warm-hearted personality. He was someone who spoke to anyone and everyone even if they were half his age. His affectionate nature made him a person who was commended by everyone who knew him but more importantly, it was his unconditional love for Imam Hussain (as) and his passion of serving the Ahlul Bayt (as) that made him admirable.

All of us are passionate about at least something in our life that when we talk about it, our eyes are filled with sparkle and we feel the adrenaline rush in our body. For Marhum, it was his passion for Azadari. He was a man who loved to recite nauhas. If he wasn’t reciting, he would be doing Matam, and if he was not doing that then he would be teaching kids how to beat their chest, and if he wasn’t even there, then you’d see him teaching others how to recite like him.

A simple conversation about Matam would bring out the best in him. He would often reminisce how in the old golden days Matam was more intense than what it is now and would go on about it all day long. I grew up watching him beaming with energy, reciting nauhas and doing Matam like he was in his prime youth. During Aayam-e-aza especially during Shab-e-Ashoor, he would give an Alam to his friend and would ask him to lead the way as Azadaars would gather around the Imambargah to Karbala project and back. He would end the Matam gathering with our traditional Saf Matam.

Visiting the holy shrines in Karbala is an honor many of us crave for but for him, it had become like his second home due to his frequent visitations for Ziyarah and service to the Zuwaar through his recitations. This in itself is a testament to his status in the eyes of Aba Abdillah (as).

Recitation over Anything else

One could go on and on to write about his sporting career as he loved cricket and always spoke about it but deep down, all of us knew that he would choose beating his chest over winning a cricket game with the last throw of the ball. This was one among his many personality traits that filled us in awe of him. You could give him a bat in one hand and a nauha book in another and he will show us what his true love was.

Marhum Abdulrasul lived a dignified life in this world and built a generation of Azadaars. He answered the question of Sayeda Zahra (sa) when she asked the Holy Prophet (saws) “Who will be there for my Hussain? (as)” and He (saws) replied, “There will be a generation that will mourn for Hussain till the end of time”. Our hearts are content and we are sure that you have brought comfort to the heart of Sayeda Zahra (sa) with your service to Aba Abdillah (as).

He passed away on Thursday, 04th June 2020, a day that has left a scar on all our hearts but we take solace in knowing that you are now in the proximity of your beloved, Aba Abdillah (as).

May you rest in peace. We request the readers to please recite a Surah Al-Fatiha for the Marhum’s departed soul.

Are you a Khoja and aspiring Higher Education abroad? Here are some suggestions for...