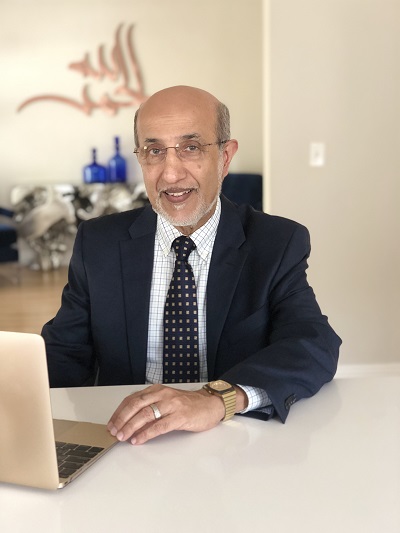 Noshy Parpia is a community volunteer who has dedicated his entire life to Sunday school teaching for Khoja children. Throughout his career in banking, he has carried out a lifetime commitment to Islamic education.

Parpia and his wife started a madressah around their dining table at home. They live in Miami, Florida, and have been teaching Dinniyat for over 22 years at the Miami madressah. He has served as Principal, Vice Principal, and more. Parpia is very proud of the children he taught growing up and staying good friends. He calls Sunday his ‘soul day’ – it is then that he can pause, and truly give back when it matters. He also served the IJA board for some years, and was the first treasurer of the IJA community.

Parpia’s mentor was Murhum Maalem Najaf Tejjani, whom he met in Karachi at an Islamic Night School called ‘School Fayz.’ Tejjani’s excellent mannerisms, demeanour and his overall teaching of Islam have stayed with Parpia to this day. He inspired the way that Parpia teaches. For example, in his Islamic Jafferia Education Center, Parpia teaches from the NASIMCO and MCE organized Tarbiyah Curriculum. It was Tejjani who taught him that to spread Islam, one doesn’t have to use the tongue – this is one of the tenets of Islam that Parpia now practises.

From Karachi to Miami

After the revolution in Zanzibar in 1964, Parpia’s family left, travelling to Pakistan, and he looks back happily on memories of his childhood in Karachi. He was very close to his parents and his many siblings. His parents established, with other African emigrants, what is today called Mefileh Murtaza.

In 1972 Parpia finished a Bachelor’s degree from St Patrick’s College, part of the University of Karachi. He then moved to Miami, where he gained an Associate’s Degree in Business Administration in 1973 from Miami-Dade College, and started his carrier in the financial sector. He is currently a Senior Advisor with Pilagro Corporation.

He married his wife Zia in 1979, and has three children and four grandchildren. Parpia and his family enjoy the good company of old friends, the beach and great food.

Sad passing away of a renowned businessman, industrialist and philanthropist from Kenya