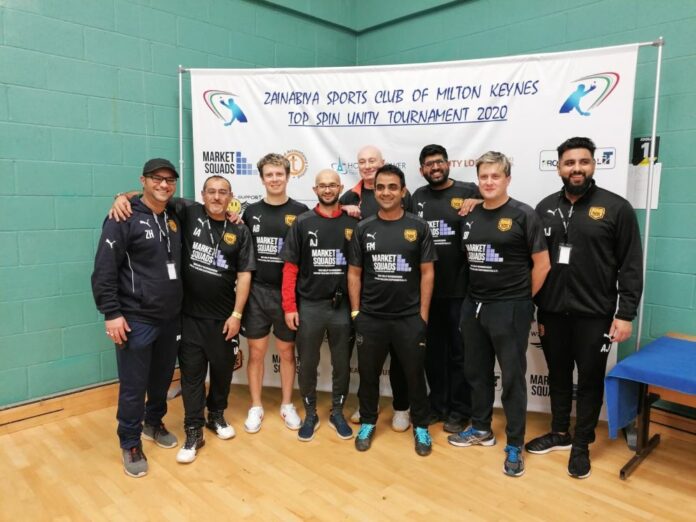 Zainabiya Sports Club (ZSC) organized it’s first ever Table Tennis event which was held on Sunday 12th January 2020. The event took place in Milton Keynes at the Kingston Table Tennis Centre, where participants came from various parts of the United Kingdom (UK) extending to as far as Cornwall and Wales to compete in a friendly yet competitive sporting environment.

ZSC were truly honoured to have the Olympian and reigning World Championship Ping Pong (WCPP) World Champion, Andrew Baggaley in attendance who showed off his spectacular talent by warming up with his brother, Stephen Baggaley, and also played against the winners of both the intermediate and advanced levels.

The tournament featured four premiership standard players, two international ping pong champions and players from our own KSI communities within the UK. We had four players from the hosting jamaat, two players from Peterborough, four from Hyderi and ten from Stanmore.

The tournament brought together members of the table tennis fraternity diversifying across different faiths and communities and was played at an international style venue. The format of both the advanced and intermediate tournaments was a round-robin best of 3 games of 7 players per group with the top 4 going into the main knockout phase and the bottom 3 going into the plate event.

The advanced level winner was Andrew Eagles, from Wales who played an excellent game against Ricky Taiwo. Ricky plays at premium level at the Greenleys Club run by Stephen Baggaley.

The upcoming young talent award went to the well deserving twelve-year-old Jabir Dhalla and the plate winner in the advanced level was Hussein Juma, both of Stanmore.

Finally, ZSC would like to express it’s sincere appreciation and gratitude to all the participants, sponsors and all those involved in making this event a huge success. It truly demonstrated unity and brotherhood within the various communities. We look forward to making this an annual event for years to come inshallah. 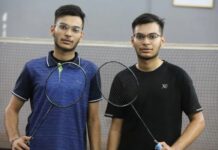 New Tarbiyah storybooks about the afterlife

An open invitation to our community members to be a part of a unique...