Home Community A year since the death of beloved community leader 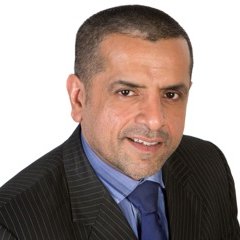 The Khoja world marks the first anniversary this week of the death of much-loved community leader Kassam Jaffer.

He was the former Secretary General of the Council of European Jamaats, former Head of Stanmore Jafferys in London, former Honorary Secretary of Hujjat Islamic Centre and a talented professional facilitator. His approach of always engaging in constructive dialogue and developing relationships based on mutual trust and respect was equally effective in his business and community work.

Kassam contributed to Stanmore Jafferys in many ways, from the field of education to management, engaging with youths and elders alike. He became a core supporter of SJFA football club from its inception and acted as its backbone without hesitation. At last year’s Salaam Cup he delivered an inspirational talk at the trophy presentation. SJFA’s values of  community spirit and citizenship, volunteerism, team ethos, fun and enjoyment resonated with his view of life.

In his professional life Kassam was an acclaimed facilitator and people development consultant with more than 20 years’ experience. He had clients on three continents ranging from big names in business to government departments and academia. He was an expert at fostering engaging debate, helping cut through complex and challenging disputes and guiding discussion in fascinating directions – skills he deployed as facilitator of the Khoja Business Leaders’ Summit in Davos in 2017.

“He immediately wrote a cheque”

His cousin Mohammed Sadiq Mamdani has written this tribute:

“Kassam was one of the first people who believed in me, when I set up my first charity at the age of 18. Muslim Youth Helpline was the product of my own turbulent adolescence, as I battled against depression and anxiety, which no one dared to speak of. As I came to terms with my condition, I developed this idealistic belief that I could support other young Muslims facing similar struggles.

“But as I spoke out to challenge the taboo of mental illness in conservative Muslim communities and pitch for financial support to realise my ambition, most people shirked away with contempt or disbelief. And where there was some understanding of the issue at hand, there was definitely no appetite to satiate the naive angst and dream of a teenager.

“By chance I spoke to my cousin Kassam about my plans; he listened earnestly and attentively, taking interest in everything I said. As I explained my challenge in sourcing funding for an office, he wrote a cheque for £2,000 for the first year’s rent, without any hesitation. Soon after, Muslim Youth Helpline was launched – in its first year, the charity responded to hundreds of enquiries from distressed young Muslims. Seventeen years have now passed and I can only imagine the thousands of people in crisis who have found solace in its service.

“Whilst this journey has led me to champion different causes, Kassam was always a donor and an ambassador who advocated on my behalf.”

All you want to know about Khums