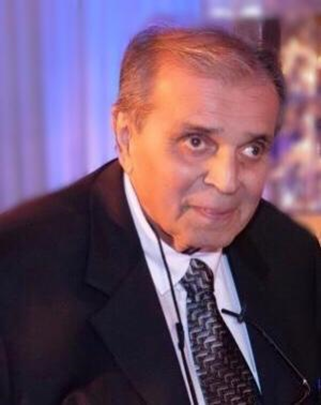 A man with deep devotion to faith and dedication to the community, Alhaj Mustafa Bhai G. R. Jaffer has more than half a century of philanthropy and public service to his credit.

From Zanzibar to New York

Born in Zanzibar, Tanzania (East Africa) in 1932, he began his career by working for the Zanzibar Government Treasurer’s office along with Oman Sultan’s son, Sheikh Mohamed. After the revolution in Zanzibar in 1964, he moved to the Ministry of State and was in charge of state functions at the State House in Zanzibar, hosting government and religious dignitaries.

Throughout this time he served the Jamaat in Zanzibar, on sub-committees and notably in assisting Khoja families to migrate from Zanzibar to Dar-es-Salaam in 1964 and 1965. His efforts helped our community enormously, especially during the infamous forced marriages in Zanzibar. Mustafa Bhai also served as the treasurer of Milad-un-Nabi association and was the Government spokesman for welfare programs after the Zanzibar revolution until 1974.

Mustafa Bhai migrated to Dar-es-Salaam in 1976 and worked with the Zambia Copper Industry while also serving as a social worker in the Dar-es-Salaam Jamaat. Later that year he moved on to the USA and served as the New York Jamaat President for more than 10 years. During his tenure, he raised funds for building the Husseini Center in Queens, NY; was a Trustee of the Muslim Foundation in the USA; and was also nominated by the Marja to serve as a Trustee of the NY Al-Khoei Foundation.

A man of global perspective, he served for many years as an Executive Councillor for NASIMCO and the World Federation of KSIMC, travelling across the UK, Canada, Africa, India and Pakistan for social, religious and welfare services of our communities.

Today, numerous organisations of our communities in North America owe a great deal of gratitude to his support and guidance. He is one of the unsung personalities whose work in the 60s and 70s launched the facilities and services enjoyed by all today. His contributions remain forever etched in the annals of the community.

He has been recognised with:

A legacy of charity

Mustafa Bhai currently serves as the Chairman of the Jaffer Family Foundation in New York, a charity organisation focusing on the eradication of poverty, education, medical treatment, vocational training and housing for the needy in several parts of the world.

The Jaffer family tradition of charity and service emanates from the legacy left by his father, Marhum Gulamhussein Rajabali Jaffer, who rendered many services, especially to the youth of Zanzibar – May Allah (SWT) bless his soul.

Mustafa Bhai says his motivation for his social service is that his father, an avid lover of the Ahlul Bayt (A.S.), set the bar high and was a big influence on his life. The practice of serving humanity will continue to be upheld by his children and grandchildren.