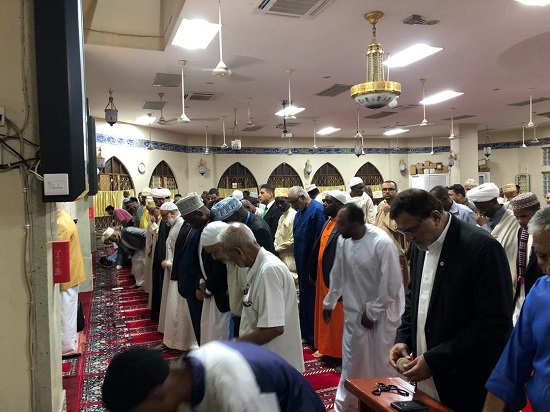 This Ramadan, Jamaats in East Africa have called for increased interfaith unity and collaboration for the betterment of the community holding a series of Iftars to bring people together and reflect on shared values…. 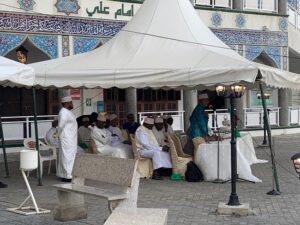 In Kenya, the Jaffery Islamic Centre of Mombasa hosted an Iftar to bring together Muslims from different areas, aiming to create positive links between them and fight negative elements and discord between communities. 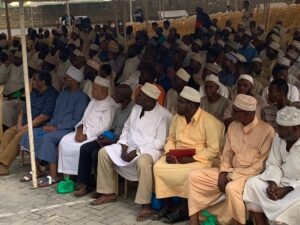 Speaking at the event, one of the organisers said “not only in Kenya but all over the world, with unity we can be very organised, and without it we’ll always fail.” 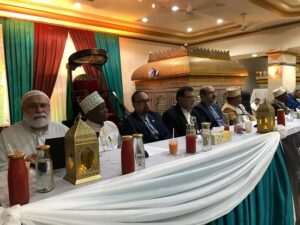 On Saturday 18th May, meanwhile, the Dar Es Salaam Jamaat in Tanzania hosted their annual inclusive Interfaith Iftar as part of a program of celebrations honouring the Holy month of Ramadan. This important outreach event was a huge success, attended by over a hundred people, young and old, from different communities.

This exciting multicultural event, which was hosted and organised by Khoja Shia Ithna Asheri Jamaat in collaboration with Bakwata and with the generous support of Bilal Muslim Mission of Tanzania and the Africa Federation, provided an opportunity for leaders of different communities and non-Shia sects to meet, mingle, and promote the goal of increasing unity and brotherhood between Muslims and other religions which practice religious tolerance. 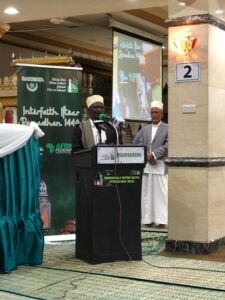 The Iftar was honoured to welcome esteemed guests including the President of the World Federation and the Chief Justice, alongside dignitaries from the local and Tanzanian government, community and church leaders, Imams of the Sunni mosques, and members of our own community.

The guests shared Iftar together after Maghrib prayers, and were enlightened and engaged by speeches from acclaimed delegates including the Mufti of Tanzania himself and the World Federation’s head of Islamic Education, Murtadha Alidina.

Non-Muslims in attendance had the chance to learn more about Ramadan and Islam while also getting to know their Muslim brothers and sisters better, building inter-community rapport and exchanging ideas.

The benefits of such gatherings will be seen in the Khoja community and beyond it in Tanzania long after Ramadan is over.

The Dar Es Salaam Jamaat has organised Interfaith Iftars in previous years with great success, and this year’s was yet another triumph.