Home Community Karbala – An epic symbol of Sacrifice, Justice and Truth – A... 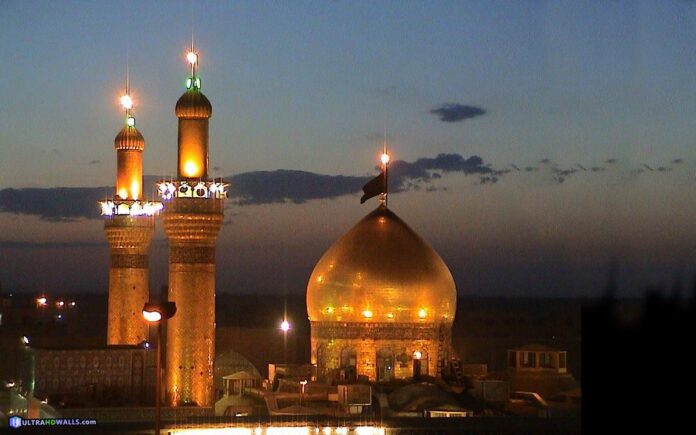 In the name of Allah, The Most Gracious, The Most Merciful

“And reckon not those who are killed in Allah’s way as dead; nay, they are alive (and) are provided sustenance from their Lord”.

As the month of Muharram (The first Islamic month) dawns, the Muslim Shia Communities globally prepare to commemorate the event of the great martyrdom of Imam Hussain (AS) a grandson of the Holy Prophet of Islam Hazrat Muhammad al Mustafa (SAWW) and of his 72 faithful companions that took place in Karbala, Iraq in 61 A.H.

Community volunteers will be busy preparing the Centres (Hussainiyas) to hold programs, organize solemn processions (Juloos), schedules for Lecturers (Zakireen) who will travel far and wide to go and deliver sermons and the fortunate devotees preparing for their travel to Karbala to be in the land where this event took place. In many parts of the world, including Africa the first night of Muharram 1441 A.H. will fall on Saturday 31st August 2019.

The timeless message of Imam Hussain (AS):

Imam Hussain (AS) mission and sacrifice was for the sake of Allah (SWT) to save the religion of Islam from subversion, he refused to surrender to the forces of evil and stood firm and unshaken up to the end of his breath on the blood-drenched soil and in the heat of the scorching sun in the desert plains of Karbala, Iraq. The memory of this great epic event – ‘Ashura’ and the martyrdom of Imam Hussain (AS) must be kept alive.

Imam Hussain (AS) explained the mission of his movement clearly in his own words in a Will he made to his brother Muhammad bin Hanafiyyah while departing from Makkah, Imam declares:

“I have taken this stand not out of arrogance or pride, neither out of mischief or injustice. I have risen to seek reform in the community (Ummah) of my grandfather. I would like to bid good, forbid evil, and follow the tradition of my grandfather and my father Ali bin Abi Talib”.

The message of Imam Hussain (AS) is universal. It is not limited to any age or place. His message to mankind is that human dignity cannot co-exist with life under tyranny and oppression.

Imam Hussain (AS), his close family members and faithful companions – all of different races, cultures, and religions, stood steadfast against the army of the tyrant, Yazid, son of Mu’awiyah in the battle field of Karbala. On the day of Ashura (10th Muharram 61 A.H. – 13th October 680 AD) the brave and loyal family members and companions of Imam Hussain (AS) stood valiantly against an army of 30,000 and were savagely killed.

The battle of Karbala and the Valor and Sacrifice of Imam Hussain (AS), some 1400 years ago was a mission for Justice, Equality and love for Humanity.

The Martyrdom in Karbala is a constant source of inspiration to mankind for upholding justice and human values. The two months of the annual commemoration is an opportunity to remind ourselves of the movement and the principal mission of Imam Hussain (AS) and take lessons from it.

Muharram also provides us with a glaring opportunity and platform to remind ourselves, our youth and children of the contemporary issues of the present times and how these can be dealt with effectively and constructively.

Values of Sacrifice and Freedom:

We are currently passing through turbulent times, witnessing elements of tyranny, peddling of hatred and pockets of oppression against mankind and also at minority populations in several parts of the world. The message from Martyrdom is for all peace loving people to stand up firmly for the rights of the oppressed people who have the right to live with dignity, freedom and peace.

From the 7th Century A.D., Imam Hussein’s legacy spread after his martyrdom, those who believed in the values of freedom, justice and peace came to cherish the legacy.

“Imam Husain’s (A.S.) sacrifice is for all groups and communities, an example of the path of righteousness.”

“The world is unable to present an example finer and brighter than the personality of Imam Hussain. He was the embodiment of love, valor and personification of sacrifice and devotion. Every Muslim should seek guidance from him”.

What we must learn and practice:

It’s important to reach out to people of different faiths and beliefs to explain about the event of Karbala. Therefore, the first 12 days of Muharram represent a unique opportunity for us to build bridges of cooperation and harmony with the followers of other sects of Islam as also of other faiths in the country we live in.

Ashura marks the climax of the remembrance of Muharram and the Martyrdom of Imam Hussain (AS), a grandson of the Holy Prophet of Islam, Hazrat Muhammad al Mustafa (SAWW) at the battle field of Karbala, Iraq on 10th Muharram 60 A.H. (13th October 680) 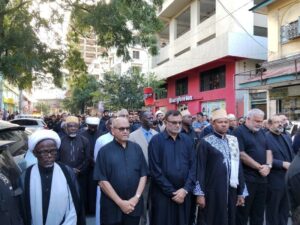 Above: Ashura Juloos (procession) in Dar es Salaam on the 9th of Muharram 1440 A.H. The Juloos started at Mehfil-e-Abbas on Hazrat Abbas Street and ended outside KSI Jamaat Mosque on Indira Gandhi Street. People from different communities, beliefs and faiths attend the annual Ashura Juloos which are organized in several countries in Africa and other parts of the world every year. 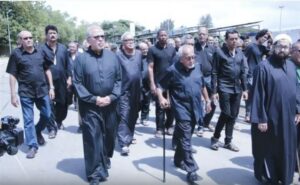 Above: Ashura Juloos (procession) in Mombasa on the 10th of Muharram 1440 A.H. The Juloos started from the Jaffery Islamic Centre and ended at the KSIJ Cemetery and was attended by representatives of different faiths.

Jamaats should invite Scholars/Speakers from outside our community to address during the Ashura Juloos. Some Jamaats are already doing this, others should emulate. It plays an important role in reaching out to a wider spectrum of the masses and explaining the noble mission of Imam Hussain (AS), the tragic and heroic events of Karbala.

Please let us also remember all the past leaders of our Community, Volunteers and all other Marhumeen with recitation of Sura-e-Fateha for the maghferat of their souls.