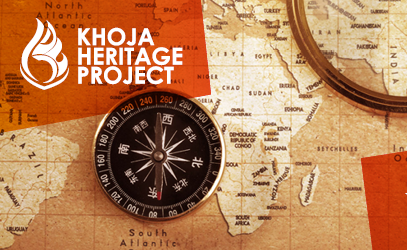 A two-day Khoja Studies Conference in Mumbai has discussed a number of fascinating topics of concern to the Indic vernacular tradition in general and Khoja tradition in specific.

It brought together both Francophone and Anglophone scholars to discuss the development of Khoja identity over the past centuries, among transnational communities in South Asia, East Africa, Western Europe and North America.

It explored how different religious groups in South Asia defined the path of their faith, with the differences in the ways these were expressed in ritual, belief and practice creating distinction between the groups.

At this edition there were over 25 participating scholars, from international universities including Florida, California, New York, Alberta, Pennsylvania, Harvard, Vienna, Mumbai, Delhi and Russia, to name just a few.

The keynote address was delivered by a leading academic in this field, Edward Simpson from the School of Oriental and African Studies in London, while acclaimed scholar Michel Boivin led a discussion on Defining Satpanth and made an invaluable contribution to a panel on Interreligious Exchange.

Delegates were inspired by topics such as interfaith connections, chaired by Shaykh Kumail Rajani, digital preservation and online communities, chaired by Dr. Hasnain Walji, and the sacred literature of the Ginans, chaired by Dr Balvant Jani.

There was a very insightful presentation by Dr. Chaya Goswami, author of The Call of the Sea, which details the life and times of 19th century Kutchi traders, while the conference was facilitated by Dr Urvashi Pandya of the University of Mumbai.

There was also a screening of the film ‘The Khojas – A Journey of Faith’ and discussion with its producer, as well as an exhibition of Bombay Khoja artefacts.

Michel Boivin is Senior Research Fellow at the Centre for South Asian Studies and teaches Historical Anthropology of Muslim Societies in Colonial and Postcolonial South Asia at the School of Advanced Studies in Social Sciences (EHESS, Paris); Dr. Iqbal Akhtar is an assistant professor at Florida International University; Dr Hasnain Walji is the chair of the Khoja Heritage Project of the World Federation of KSIMC.

KSI Jamaat Mumbai hosted a welcome dinner in honour of the Khoja Studies Conference. Ali Shroff, Vice President of KSIJ Mumbai, commented that it was an honour for KSI Jamaat Mumbai to have the opportunity to host a dinner for renowned professors and learned scholars. The dinner was attended by the Office Bearers and Team Vision members, whilst the scholars appreciated the kind gesture of KSIJ Mumbai and were glad to meet the Jamaat representatives.

Under the able leadership of Dr. Hasnain Walji, Sh Kumail Rajani, Dr. Iqbal Akhtar and Professor Michel Boivin, the conference was overall a great success, with many engaging talks by experts in their fields. As a result of the conference’s output, it has been decided to publish the papers in an edited volume. 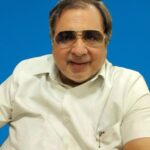 Who say, when afflicted with calamity: "To Allah We belong, and to Him is our return" Glorious Quran 2:156 Al Haj Mohib Ali Nasser was... 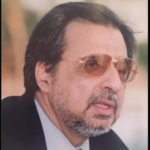 "Inna Lillahi Wa Inna Ilayhi Rajeeun" “To Allah we belong and to Him we shall return” (Holy Qur’an, Surah Al Baqarah 2:156) “The man with a Golden... 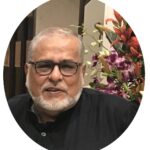 “And those who, when affliction visits them say, indeed we are from Him and unto Him we will return” Glorious Quran 2:156) Al Haj AshakHusein... 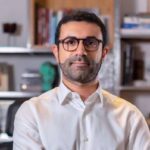 The renowned Apollo International Art Magazine has released its annual “40 Under 40 Africa” list of the most inspiring artists, collectors, and thinkers for... 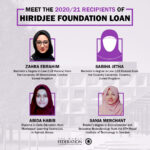 The Education Department of the World Federation of KSIMC, has various educational loan schemes which provide loans to promising Khoja students to enable them...