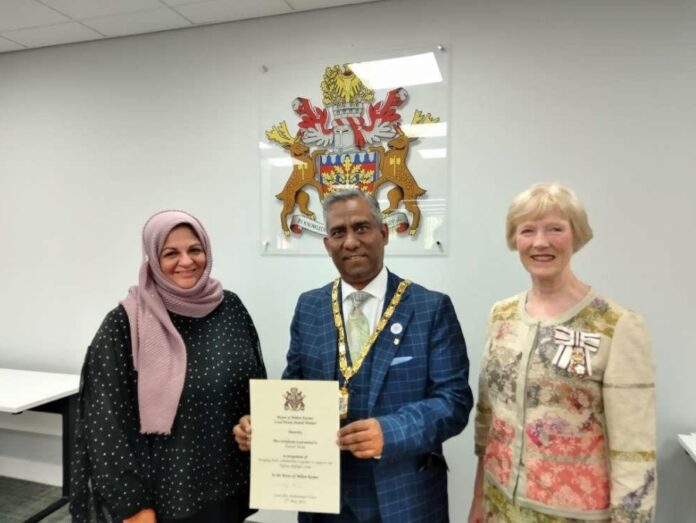 Mrs Zainab Manji, a Khoja woman from Milton Keynes, has been awarded the Diversity Award at the 2022 Milton Keynes Local Heroes Awards.

Who is Zainab Manji?

Mrs Zainab Manji is an active member within the community. She holds a BEd (Hons) with a specialism in RE, Foundation and Advanced Diplomas in Montessori Education, and a Certificate of Higher Education in Early Childhood Studies. She has worked in various schools as a teacher and held leaders positions within Education. Mrs Zainab Manji has been a volunteer in various capacities within Madressa and in the aid sector. She is the wife of Doctor Hamid Manji (https://khojanews.org/on-the-frontline-an-account-of-a-khoja-doctor-from-milton-keynes-fighting-the-covid-19-pandemic/), a very respected Consultant in Anaesthetics.

What is the Milton Keynes Local Heroes Awards?

The Milton Keynes Local Heroes Awards are held every year to recognise individuals or groups who have made a real impact in the local community throughout the year.

2022’s “Local Heroes awards” included those who contributed to recovery projects due to Covid-19. Still, it is aimed at individuals or perhaps community groups who have gone the extra mile and selflessly stepped up to help others and make a real difference.

The mayor of Milton Keynes, Mr Mohammed Khan, asked the residents to nominate individuals or groups who sought to make Milton Keynes a better place. In an announcement, the mayor mentioned, “It’s been another challenging year for residents of Milton Keynes, but I am heartened to see how the community has responded. Over the last year I have heard so many generous and inspiring stories, but I know I have only heard of a fraction of these. This is an opportunity for individuals to give recognition to those unsung heroes that we should hear about.”

How do the Awards work?

Residents were able to cast their nominations by filling out a nomination form. The last date for nominations was April 20, 2022. The top 6 nominees for each category were then placed into the final.

All the finalists were vetted and judged carefully by a selected committee consisting of the mayor of Milton Keynes, Mohammed Khan, deputy mayor and Milton Keynes south member of youth parliament Prayksha Hegde, and lord lieutenant of Buckinghamshire Countess Howe.

The Milton Keynes Local Heroes Awards took place on Thursday, May 12, 2022 at Milton Keynes Council, where all the finalists were awarded.

The Diversity Award is a category for those, who work hard to bring communities of different faiths and cultures together.

Mrs Manji was nominated in this category for her prompt reaction to the Afghan refugee crisis by sorting donations and welcoming and supporting the refugees as they arrived at the dedicated hotels. She included volunteers and representatives from all faiths and backgrounds and ensured that no one was left without the support they required.

The Khojanews team congratulates Mrs Zainab Manji on receiving the award and pray to Allah (swt) to reward her in abundance for all her hard work, ameen. 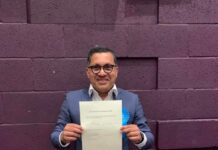 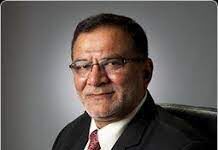 Stay on the path and ignore the corrupters 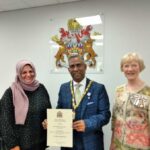 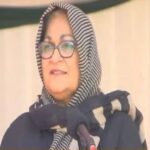