Home Community A month’s income in a day 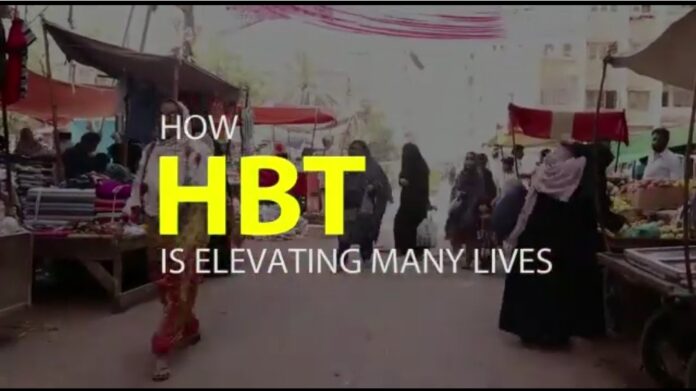 The inspiring story of a street seller rescued from a life of absolute poverty in a dangerous neighbourhood shines a light on the success of a pioneering small business loans scheme.

The scheme run by HBT (Haydari Benevolent Trust) in Karachi is transforming lives.

One such is that of Mr. Shokat. While living in a relative’s house in the politically violent neighbourhood of Lyari, he survived on a monthly income of Rs. 10,000 ($66) earned by selling children’s clothes from a small cart.

His situation meant he was burdened by many challenges.

“I have been selling goods on a cart since I was 16 years old. I used to live and run a business in Lyari during the time of a gang war,’’ Mr. Shokat said. “Security conditions around us were not good. I did not have any capital to invest in my business either.”

Then he heard about HBT. This micro-finance project has freed more than 200 Khoja families from the poverty trap, and moved 120+ more to a higher social class. 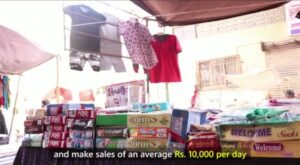 Mr. Shokat received a home loan from Zainabia Trust and moved to a secure and more comfortable house in Soldier Bazaar.

Soon his son Mr. Abbas also received a loan from HBT to set up his own cart beside his father in Khada market in Lyari.

“Our children’s education and the environment around them was our biggest concern, and now this has changed for good,” said Mr Abbas. ‘’Our biggest wish was to go on ziarat which we were able to fulfil.’’ 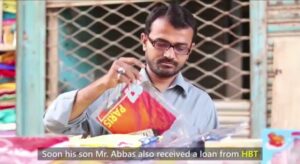 Today, Mr. Shokat lives peacefully in his house and makes sales averaging Rs. 10,000 a day – the same amount he used to earn in a month.

That not only helps him provide a comfortable lifestyle for his family but also allows him to pay for the medical expenses of his daughter-in-law and grandson.

HBT’s micro-finance project works so well because of strict due diligence, careful monitoring and evaluation. It is sustainable because the payback rate is so good. The loans are repayable over 40 monthly instalments and must be vouched for by two qualified guarantors.

In the last five years, an amazing 98% has been returned. The funds are then loaned out again to more Khoja families in Karachi who are in need of a helping hand.

70 years of service to the community – valued leader passes away