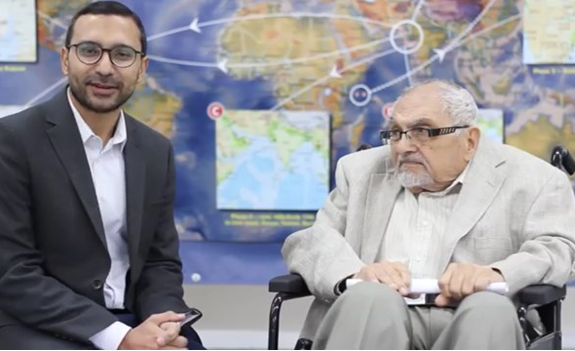 Born in a church in Newala, Tanzania Muhammadbhai Jaffer has witnessed great upheaval of the aftermath of the World War I. At the time of interview, he is 94 years old recalling the accounts of his life with great enthusiasm and exceptional joy. He recalls that it was only due to the end of World War I and the services of ocean-faring steamers that his grandfather could take his father to India to get him married.

He later moved to Kilwa where besides engaging in learning secular education from a Hindu teacher, he also attended madrasa of the community. There were no resident aulama in those days, he says, and local Mullas used to recite majlis from the Gujarati books.

Young Mohamed Jaffer had aspiration to settle in Dar es Salam for further education and a better future. Soon he finds himself in a larger community followed by the formation of the Africa Federation. He has served the community in different capacities, not only supporting the community institutions in laying its foundation but also for its vibrancy and dynamism. His often, candid comments made others uncomfortable, he says. According to him, critiquing those at the helm only strengthens the institutions provided the intention is right. Amongst many other things, one issue he fondly remembers is his acquaintance with Mulla Asgher. A trip to Gujarat which he accompanied Mulla remains still fresh in his memory.

This interview was taken during the Khoja Heritage Festival of WF-KHP and CoEJ which Muhammadbhai Jaffer attended and participated.