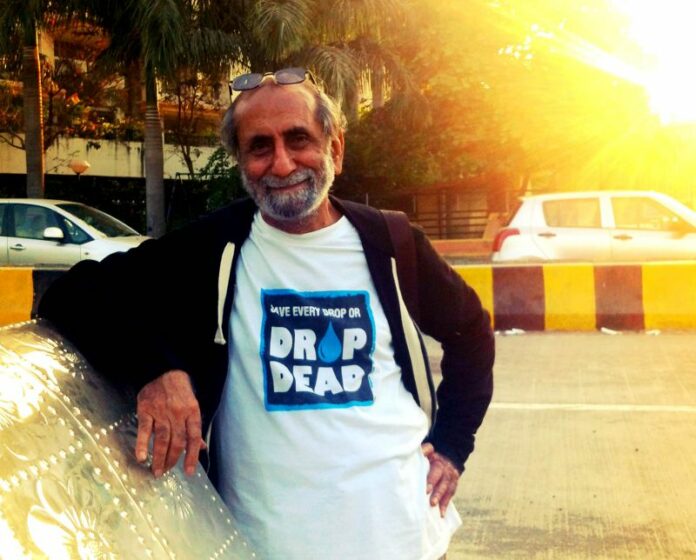 Award-winning Khoja author and artist Aabid Surti’s proudest achievement is to have saved millions of litres of water from going down the drain.

And his tireless voluntary service in India has earned him the name of ‘Water Warrior’ for a noble initiative that benefits both nature and the nation.

He has done it all through a simple yet brilliant idea – fixing leaking taps through his charitable Drop Dead Foundation.

After reading that if one drop of water is wasted every second, 1,000 litres drain away every month, he set out to spend his Sundays visiting homes with his plumber.

He has been greeted with love, respect and hospitality wherever he goes, and the idea has spread from his home city of Mumbai to other Indian cities.

“This proves that if the thought is pure, then nature takes care of the rest,” Surti has said.

He believes religion is a force that can change people’s mindsets to do more to save water.

“Prophet Mohammad (PBUH) and the Holy Qur’an too have underlined the importance of trees and water,” he said. “Unfortunately, I haven’t heard any Mullah referring to it in his congregation. So, wherever I get an opportunity, I emphasise what holy books say about conserving water: ‘boond boond hai anmol – each drop of water counts’!”

He is motivated by examples such as the Rajasthani women who walk for miles all day to collect a potful of water, or African women going out to the fields at dawn to collect dew drops from leaves.

Surti calls water “the blue gold” and warns that, if scarcity of water forces millions to migrate, it will be too late.

His creativity as an author, artist, cartoonist and playwright inspired him to create awareness of water conservation.

He blames poor plumbing materials in many localities and ghettos for cracked pipes and taps that start to leak within a few months of installation, and advocates better quality control in new buildings.

Volunteers backed by corporates can work together to tackle health, hygiene and sanitation, he argues: “I believe that society has done so much for us, now it’s our duty to return the favour.”

Tribute to an extraordinary cricketer