Home Community A Passionate Muballigh and an Enabling Bridge Builder 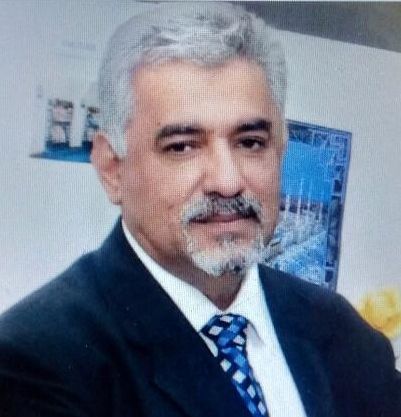 A man with a lifelong passion and an unflinching dedication  to convey the teachings of Islam as per the school of Ahlul Bait (as),  Mohammed Raza Khamis was equally at ease with the local Malagasy and our own Community to teach, preach and reach his audiences in local vernacular, French or Gujarati.

His affable nature and humility endeared him to young and old and his volunteering spirit was contagious. That is why he inspired many to walk with him in his multifarious initiatives in the service of the Community.

For nearly four decades he was the voice of Francophone Khojas and a bridge between the Community of Madagascar and the Anglophone Khoja world. As a delegate of CROI his charisma and eloquent Gujarati as well as his mediating skills allowed the Africa Federation to navigate some stormy waters as he helped enhance a sense of kinship between mumineen in Madagascar and East Africa. He was at his best as he served as a Vice Chairman of Africa Federation in foresightedly appraising his fellow delegates of the challenges facing our global Community.

As a cofounder and former President of the vibrant INISMA CENTRE in Tananarive, along with pioneers of Tabligh work like Marhum Roshan Jamil, Marhum Abdul Momin and Murabbi Raza-Aly Hiridjee, he helped make this as one of the most effective instruments of Tabligh in Africa. He galvanized youth support in tabligh my nurturing young hawza graduates returning back to Madagascar to partake in tabligh activities amongst indigenous which is a legacy that he leaves behind as these mubaligheen continue to lead and champion such work in Madagascar.

He served as the President of the Islamic mission of Madagascar, and the President of Khoja Madressa of Antananarivo. His four decades of enabling leadership as a hands‐on administrator and curriculum developer, he never hesitated to roll up his sleeves and step in as a teacher to ensure that the children under his care had nothing but the best. He was a formidable intellectual and at the same time had the ability to recognize the practical realities on the ground, which often times is a rare combination. For example, as a champion for retention of the Gujarati language as a medium of instruction in our Madaris, he also saw the writing on the wall that many children would lose out if the lessons were not in French and adapted accordingly.

His encyclopedic knowledge and grasp of the nuances of Khoja history was simply amazing. His insightful contribution during the numerous eloquent interviews he gave will forever remain etched in the collective memory of the Community as he accompanied Dr. Hasnain Walji and his crew in Madagascar during the filming of the documentary ‘The Khojas – A Journey of Faith‘ and the Gujarati version ‘Khoja Kawm – Madagascar ni Safare’

A popular personality his relations with all Communities in Madagascar he was a bridge builder and a go-to person always willing to assist despite his busy business life. All a visitor to Madagascar needed was his name and phone number to partake of his warm hospitality as he would graciously attend to their needs and tap into his vast network to facilitate their needs, social or business. Many around the world will attest to his efforts and experience in helping fundraise as many a hopeful Jamaat leader came to Madagascar to raise funds for their projects.

His passing is a huge loss, not just to the Commumity in Madagascar but to the Khoja world at large.

The WF conveys its  deep sorrow and condolences to his wife, family, his brother Mojiz Khamis the former President of CROI, and his father-in-law Murabbi Mohanedbhai Dhirani the former Chairman of Africa Federation.

Open Invitation and Call Out for “The Art of Ashura: Storytelling from the Heart”...