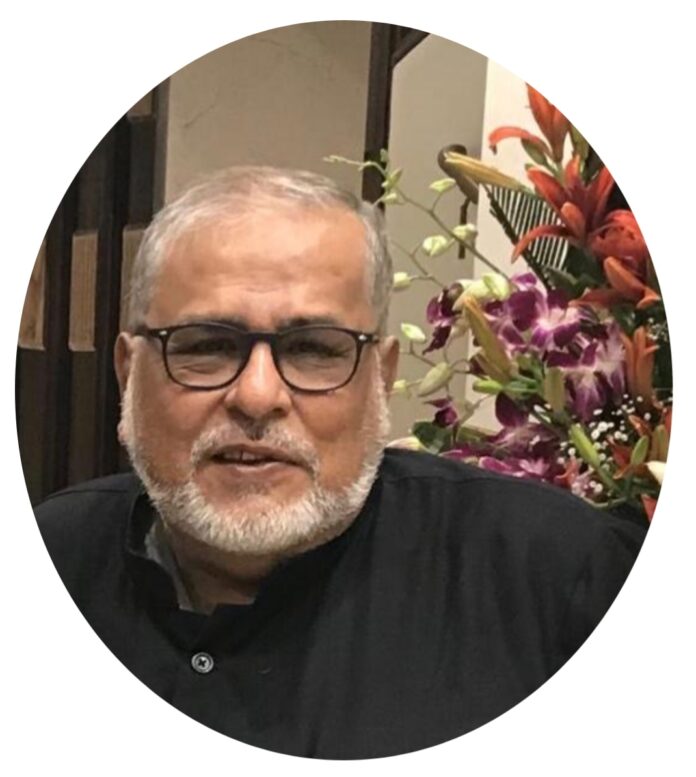 “And those who, when affliction visits them say, indeed we are from Him and unto Him we will return” Glorious Quran 2:156)

Al Haj AshakHusein Mohamedali Rashid was born on 20th August 1949, in Mombasa, Kenya, to Mariambai and Mohamedali Rashid Muraj. Marhum was an earnest, committed and passionate community leader, and volunteered and served in all the various tiers of our Community Structures. Known for his larger-than-life personality and youthful grin, he will be sorely missed by his family, friends and the community worldwide.

In his heart, Marhum AshakHusein, fondly known as Ashik, was not only treasured by his family and friends, but had immense love for the community around him. He was heavily involved in the Mombasa, Nairobi and Birmingham communities, and went above and beyond to care for those around him, touching countless hearts. Truly following the meaning of his name, Ashik was an ardent and fervent lover of the Ahlul Bayt (AS).
Having lost his father as a toddler (aged just under 2 years old), Marhum was shaped by this early loss and focused on economic development for himself, and later his fellow community members.
Marhum’s drive and commitment can be seen not only in his economic journey from humble beginnings, but also in his resolve to continuously work towards the betterment of our community. His personal struggles ignited his passion, and fuelled the strength he always had to help the less fortunate.

His contribution to the service of the community is indeed substantial and varied. At a young age, he was a volunteer of Ithna-Asheri Young Men’s Union in Mombasa in 1967. He was elected to Mombasa Jamaat’s Management Committee from 1976-1986. He served as the Vice-Chair of Nairobi Jamaat and also Chairman of the Nairobi Jaffery Sports Club in 1986. Under his leadership, the Club came into the First Division Cricket and became champions of the Kenya Cricket Association Tournament. He also held the post of Treasurer of Kenya Cricket Association.

In 1988, Marhum was elected Chairman of Nairobi Jamaat, a leadership role he held until 1992. Marhum’s zeal for community service and development led him to acquire the current site of the Nairobi Lavington Complex, which comprises of a first class Imambargha, Mosque, School, Musafirkhana and the Club. He was instrumental in acquiring the land for Nairobi Jaffery Sports Club. Marhum Ashik was also elected as Chairman of JIBA Kenya Chapter in 1994. He hosted the JIBA International Chapter in 1995 in Nairobi.

One of the more notable contributions of Marhum Ashik was spearheading the Rescue mission and resettlement of the Somalia Community in 1991, alongside his elder brother, Al Haj Hon Sajjad Rashid. A great deal of effort was undertaken and this was recognized by Marhum Habib Mulji, the Chairman of Africa Federation, who bestowed on him the prestigious Husseini Medal. Marhum continued in this service, becoming the first Chairman of the Settlement and Welfare Board of Africa Federation from 1992 to 2001, which was established with the sole aim of helping the community refugees from Somalia to resettle in East Africa.

Marhum’s services to the Khoja Community continued when he migrated with his family to Birmingham, UK. In 2002 he was elected by the Birmingham Jamaat as an Executive Councillor to World Federation, as well as COEJ, and in 2006 he was elected as Vice President of Birmingham Jamaat. He also served as the Chairman of the Education Board of CoEJ from 2004-2009.

In more recent years, Marhum’s passion was focused on the Seniors. He was Head of Birmingham Jamaat Seniors from 2012 to 2015, and thereafter Head of CoEJ Seniors Desk from 2016 onwards. Many Seniors have witnessed Ashik’s adventurous spirit, and the Birmingham Seniors Group experienced this on their many travels, amongst which were destinations such as India, Madagascar, Ziyaraat, and the most recent, a grand voyage cruise. He worked alongside his wife, Banubai Rashid, in ensuring that Seniors had experiences that they wouldn’t have otherwise had – this was imperative to ensure Seniors continue to broaden their horizons.

Marhum always lived wholeheartedly, devoting himself unreservedly to everything he did. His loving heart and honest spirit was felt by everyone who met him, and he will always be remembered as the genuine and caring person he was. His community work revolved around helping those who were voiceless or underprivileged.

Marhum was buried on the 17th of October 2020 in Birmingham. Please remember Marhum with Suratul Fateha.

Youth and women at the forefront