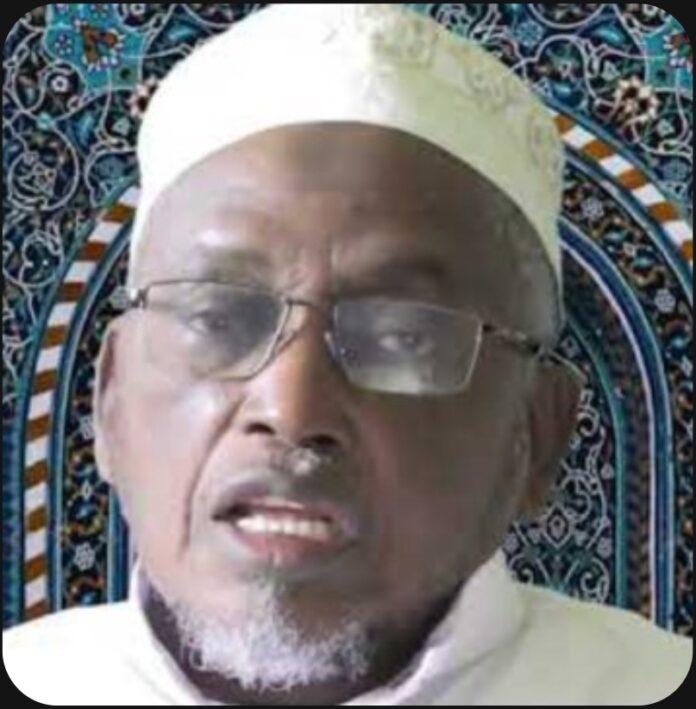 In the Name of Allah, Compassionate [to all], Merciful [to the believers]

It is narrated from Imam ‘Ali al-Naqi al-Hadi (a): “After the occultation of our Qaim [Imam al-Mahdi aj], were it not for the scholars who continue to call to his cause, guiding people to his Imamat, defending his religion [of Islam] from doubts by utilising divine proofs, [consequently] saving the weak servants of Allah from the nets of Iblis (Shaytan) and his rebellious lot, and the traps of those who bear animosity towards Ahlul Bayt (a) – everybody would have renounced the faith of Allah [SWT].”

It is with heavy hearts and extreme sorrow that The World Federation has received news of the demise of His Eminence, Shaykh Hassan Ali Mwalupa on 25th July 2021.

Shaykh Mwalupa was born in Tanga, where he studied at the Madrasatu Shamsiyya, and mastered the Arabic language at a tender age.

Thereafter, he moved to Mombasa to continue his Islamic studies at the Bilal Muslim Mission, under the tutelage of Shaykh Zaffar Abbas. During this period, he also worked as an Islamic teacher and further protected his faith by getting married.

Following this, he returned to Tanzania; although, this time he did not remain there for long; because Allah [SWT] soon blessed him with the opportunity to embark on a journey to the Hawza in Tehran for further studies. Allah SWT says:

And whoever emigrates for the cause of Allah will find on the earth many [alternative] locations and abundance. And whoever leaves his home as an emigrant to Allah and His Messenger [for example to gain knowledge of about the Qur’an and Sunnah] and then death overtakes him – his reward becomes due upon Allah. And Allah is ever Forgiving and Merciful. (4:100)

Indeed, Shaykh Mwalupa embodied this verse during his migration to study about the Kitaab of Allah SWT and learn the Sunnah of Rasulullah (SAW). For three years he pursued higher Hawza studies, catching the attention of many high-ranking teachers, such as Ayatullah Sayyed Haadi Mudarrisi and Ayatullah Sayyed Taqi Mudarrisi who gave him exceptional care. In one of the Hajj seasons, Ayatullah Taqi Mudarrisi remarked that Shaykh Mwalupa was being underutilized and should have been amidst them.

Allah SWT also promises those who migrate in His way:

And whoever migrates for the cause of Allah [to practise and preach] will find on the earth many [alternative] locations [to work against misguidance] and [will find] abundance [both worldly and spiritual to safely practise the true faith]. (4:100)

Upon completing his studies and returning to Mombasa, he started to translate Arabic books to Kiswahili. He gave priority to Quranic tafsir, as it brings nur (enlightenment of the mind & heart) to the believers and the community. Among the titles he worked on were commentary of the Juz ‘Amma, from Tafsir al Mizan, by ‘Allamah Tabatabai (Q) which illustrates the profound teachings of Ahl ul Bait(a) by using the unique methodology of doing tafsir of the Quran through the Quran itself. He also translated seven volumes of Tafsir al-Kashif by Shaykh Muhammad Jawad Mughniya (Q), which was very enlightening, especially for the educated youths. This translation has been praised by many scholars and is often quoted from by Imams of mosques. Shaykh also produced a simple accessible translation of the Holy Qur’an and a pocket Qur’an, both in Kiswahili.

Building upon these successes, Shaykh Mwalupa then took upon himself to produce a commentary of the Holy Qur’an written directly in Kiswahili, which would take into consideration the challenges and questions in the minds of the East African community, as the Holy message of the Qur’an is perpetual and general, with appropriate guidance for every generation and nation. Allah SWT describes the Holy Qur’an saying ‘this Qur’an guides to that which is most upright [in all situations] (17:9). By the Grace of The Almighty, this exegesis will soon be published, Inshallah.

On another hand, together with Shaykh Abdillahi Nassir, Shaykh Hassan Mwalupa founded Madrasa Amiril Mumineen in Matuga, which has had excellent results, with at least thirty-five graduates going abroad for further studies, and many others serving the local community in various capacities including Imams and Muallims at various centres all across East Africa. During his life, the total number of students who directly benefitted from his teachings exceeded three thousand. We pray that these enduring virtuous deeds (baqiyaat al-Salihaat) be a source of nur for the Marhum in the Barzakh & beyond. 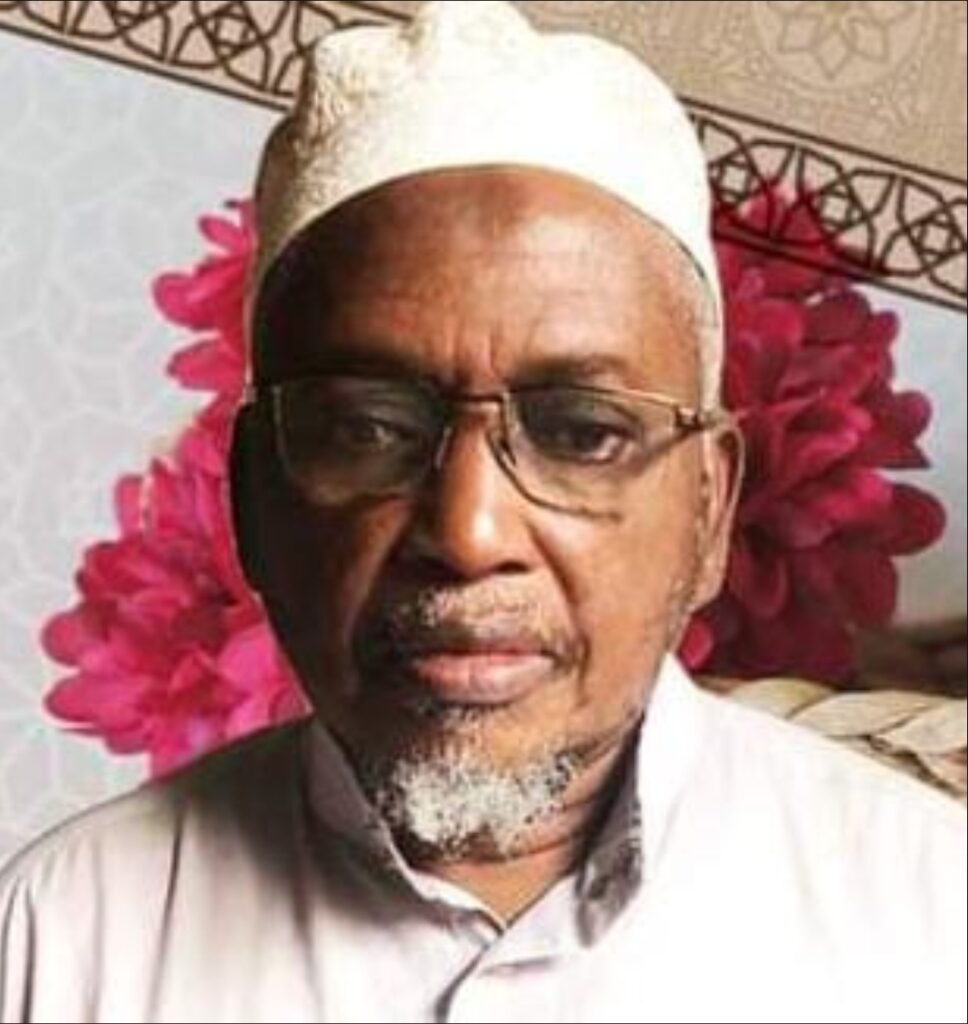 Shaykh was an enthusiastic scholar who conducted many seminars, training courses for teachers and online classes at Bilal Muslim Mission in Kenya during the pandemic. He was also a frequent lecturer at IBNTV Africa. Indeed, he was a blessed tree of goodness (shajara tayyiba), which gave fruits continuously (14:24-25).

With heaps of humility, honesty, hardwork and discipline, Shaykh Mwalupa worked hard to spread the word of the Ahlulbayt (a.s.) and touched the lives of many. Following on the footsteps of the past Prophets (anbiyaa), he was truly blessed wherever he would be (19:31).

The World Federation would like to take this opportunity to extend our condolences to the Imam of our time (aj), Bilal Muslim Mission of Kenya and Tanzania, Shaykh Mwalupa’s teachers, students, family, and the East African community, and pray for Allah SWT to grant them and us all patience and strength during this difficult hour.

May Allah SWT elevate his status in Jannah and grant him the proximity and intercession of the Holy Prophet Muhammad (SAW) and his immaculate progeny (a).

We request mu’mineen to remember the Marhum by reciting Suratul Fateha and Salawaat upon the H. Prophet (SAW) and his progeny (a).

A decade since the community lost a ‘perfect human being’