Home Community Death of an Aalim is Death of Aalam – AFED mourns the... 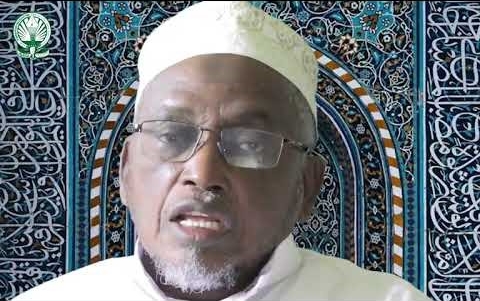 It is with immense sorrow and grief that the Africa Federation Secretariat received the sad news of the demise of Alhaj Sheikh Hassan Mwalupa who passed away in Mombasa, Kenya on Sunday 25th July 2021 (14th Zilhajj 1442 A.H.) and was buried in Matuga, Kwale County in Mombasa on Monday 26th July 2021.

The passing away of Alhaj Sheikh Mwalupa is an irreplaceable loss to not only his family members, students and colleagues but also the entire Shia community in East Africa.

Sheikh Mwalupa was born in Tanga on 8th November 1957 and was a student at Madrasatu Shamsiyya where he mastered the Arabic language at an early age.

He joined the Bilal Muslim Mission of Kenya – Mombasa for further Islamic studies under Maulana Sheikh Zaffar Abbas (presently in the UK).  He worked for a short time as a Muallim at Mackinnon Road before returning to Tanzania.

On his return to Tanzania, he got an opportunity to pursue further studies in Tehran, Iran for three years.  During his stay there, he was acquainted with the main teachers of the Hawza including the two Ayatollah Haadi and Taqi Mudarisi brothers. Allama Taqi was of the opinion that Sheikh was being underutilized and should be amidst them.

He came back to Mombasa; where he commenced work on translating Arabic books into Kiswahili. Among the titles he worked on were Tafsir al Mizan of Allama Tabatabai completing 30th Juzuu Amma.  Currently he was working on revising it to publish the second edition of Juzuu Amma of Tafsir al Mizan.

He started Madrastu Amir ul Muimineen with Sheikh Abdillahi Nassir in Matuga, which had produced excellent results with at least 35 students going abroad for further Islamic studies. Many of these students acquired Ilm in various capacities and now serving the Ummah as Imams, Muallims etc. in various centres across East Africa.

About 3000 students have studied directly under Marhum Alhaj Sheikh Hassan Mwalupa and will always remember him as a role model.

Sheikh conducted many seminars and courses for other teachers from different institutions to help them improve themselves.  Until the time of his death, he was actively recording TV programs for IBN TV Africa, conducting online classes at Bilal Muslim Mission Kenya during the current pandemic.

The translation work of Tafsir al Kashif by Allama Jawad Mughniya, which Sheikh Mwalupa translated from Arabic to Kiswahili, is a masterpiece lauded by many.  Many Imams of Masajid leading Friday Prayers quote this Tafsir often.

Alhamdulillaah he took the courage to write his own tafsir (exegesis) of the Holy Qur’an, which is undergoing final edit before publication soon insha’Allah.  Besides these, he has edited and proof read many other Kiswahili books some of which have been published.

His humbleness, honesty, hard work and discipline were outstanding and played a vital role in the propagation of the Madhab of the Ahlulbayt (A’).

His death has created a huge vacuum that will be difficult to fill.  We pray to the Almighty to grant patience to his family, colleagues and students to bear this loss and we pray for his incomplete works to be successfully completed.

In his condolence message to the family, the Africa Federation Chairman Alhaj Shabir Najafi described Marhum Sheikh Hassan Mwalupa as a beacon of light who lighted the hearts and souls of so many students and followers of Ahlulbayt (A’) in his many years of Tabligh services. Bilal Muslim Mission has lost a humble, sincere, knowledgeable scholar with high integrity whose replacement shall not be easy. Marhum’s reward shall be with Allah (SWT) the Most Gracious, the Most Merciful, Ameen.

We extend our heartfelt condolences to the family of Marhum Sheikh Hassan Mwalupa and pray to Allah (SWT) to grant Marhum maghferat and place his soul amongst the blessed ones in the vicinity of Chaharada Masumeen (A’) who continuously receive mercy and grace of Allah (SWT).

We request for a Sura-Al-Fateha for him and all the Marhumeen.