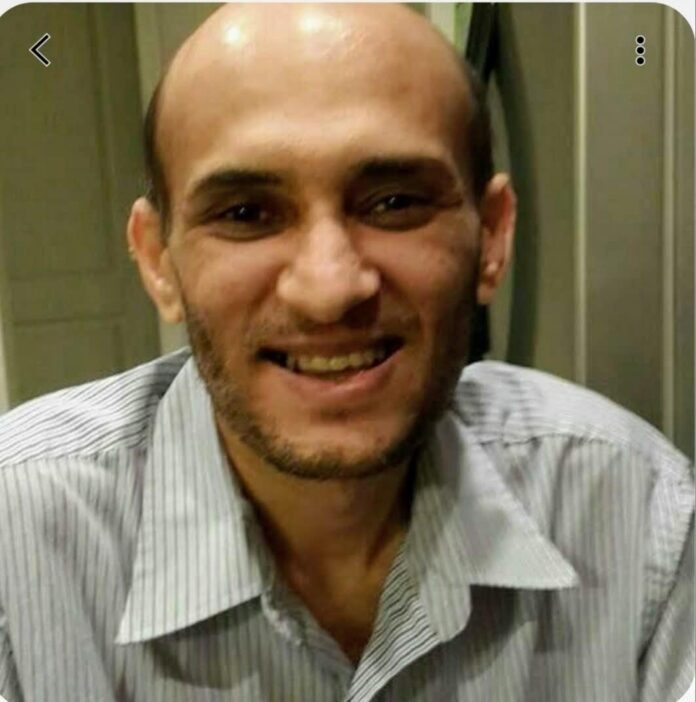 An inspiring role model and passionate cricketer has passed away at the age of 50.

He is survived by his father Yusuf Kermalli, wife Suraiya, son Miqdad and daughter Zahra Kermalli. He was the younger brother of Marhum Mohamedraza Yusuf Kermalli.

He was an exceptional teacher at the Husseini Madressa in Dar es Salaam and a role model for many of his students. His piety, sincerity, humility and exceptional character are deeply remembered by all his fellow colleagues and students.

In the sporting field he excelled in cricket, like his father, the legend Yusuf Kabana and grandfather Gulamali Kabana of Zanzibar. Br Abdulrazak Fazal of Dar es Salaam penned a famous tribute to Jameel in 1985. You can read it here 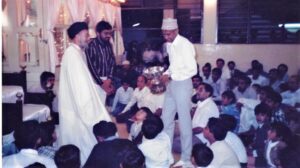 Above: Late Jameel Kabana receiving the Africa Federation Sportsman of the Year Trophy from Agha Lavasani, the former Ambassador of the Islamic Republic of Iran to Tanzania, looking on is the former President of Dar es Salaam Jamaat, Alhaj Aliraza K. Rajani. The ceremony was held at KSIJ Dar es Salaam Imambargha.

Jameel was born in Dar es Salaam on 28 February 1969, where he attended Olympio Primary School and Shaaban Robert Secondary School. He traveled to the UK in 1993 where he graduated from the University of Southampton with a Bachelor of Science (Hons.) degree in Psychology, majoring in Health Psychology. He married in Dar es Salaam in 1994.

One of the board games he prepared was The Hajj Board Game, resembling Monopoly: it summarizes The Pilgrimage to The House of Allah, combining education, relaxation and mystery.

Marhum Jameel moved to Orlando from New York in 2004 after his mother passed away. Later he developed a disabling condition, but he continued helping others with his advice in the field of naturopathy, his books and his games. He was a man of great patience and complete trust in Allah. He was never heard complaining about his condition. He left us an example of what a real servant of Allah should be like. May Allah grant him maghferat and rahmat and high status in Jannah, Ameen.

On behalf of Africa Federation Secretariat, Office Bearers, Trustees, Councilors and AFED Archives Section, we extend our heartfelt condolences to Alhaj Yusuf Kermalli (Kabana), family members of late Jameel Kermalli, all relatives and Ithna-Asheri Union and Union Sports Club members and friends on this great loss of Jameel to the family and to the community. May Allah (SWT) grant the family solace to bear this irreplaceable loss of a son, a husband and a father whose honorable contributions in the Society and Madrasah has been exemplary which we shall cherish. We pray to Allah (SWT) to grant Marhum maghferat and place him amongst His blessed ones – Ameen. Let us remember the late Gulamali Kermalli (Kabana), Mohamedraza and Jameel Yusuf Kermalli and all the Marhumeen with Sura-e-Fateha.

Hajj has vital lessons for world of hate