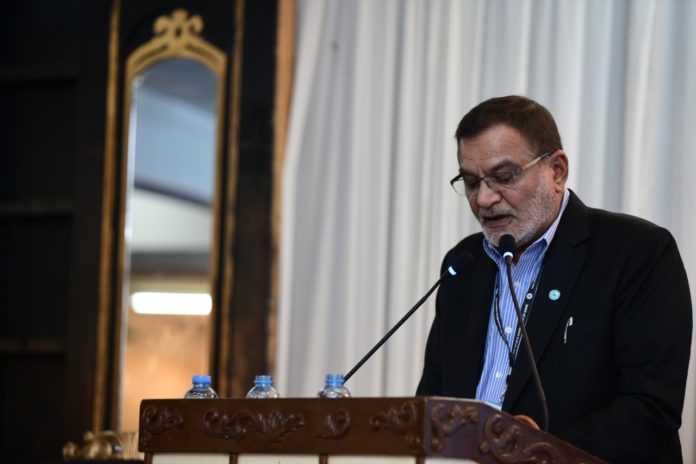 ExCo in Karachi heard dynamic news about latest developments, key achievements and plans for the future, with impassioned discussions ranging from youth empowerment to the democratisation of women.

This was The World Federation’s third Executive Council (ExCo) meeting of the current executive term 2017 to 2020, and was held from 30 November to 2 December 2018.

Each day began with reflections on verses from the Holy Qur’an.

The meeting was moderated by Shan E Abbas Hassam, Secretary General of The World Federation, who applauded the Pakistani Federation for its rich history and its impeccable organisation in holding ExCo.

Councillors outlined their priorities for the event, including: community uplift through poverty alleviation, financial support and empowerment; the Jamaat coming together in times of happiness as well as grief; and, crucially youth empowerment.

The absence of the Indian Jamaat, unable to attend despite Pakistan’s great efforts, was deeply felt and India Federation have asked to host the next ExCo meeting in Mumbai.

Speaking on behalf of Khoja (Pirhai) Shia Isna Asheri Jamaat, which has over 1,100 employees, President Abul Hasan Gokal said that when all Jamaats came together to serve the cause of the community, service to humanity became more fruitful. The community was now facing attacks from all sides on our faith and needed to be extra vigilant, he said.

President of Pakistan Jamaat Anver Rajpar introduced a presentation on KPSIAJ projects such as the Khoja Family Park, the Community Center, three graveyards and how children as young as 2.5 years join the Fatimiya Education Network, going on to graduate at post-graduate level. They have 3,200 students in total.

In his keynote address, President of The World Federation Al-Haaj Anvarali Dharamsi talked of the many positive changes since the community last met in Karachi, for the ExCo meeting in 2007. He touched on: Khoja heritage; how the Tarbiyya curriculum rolled out in the UK, NASIMCO and Australia has prompted exceptional feedback; economic development; and the major need to build bridges with our brothers across the Muslim world.

Observations included the need to convert words into deeds to eradicate poverty, the need to bring more women into the executive role, and the value of federations sharing their news of their good work.

Delegates discussed the Minutes of the Second ExCo of the Term, top-up loans for students in need, and there were major discussions in regards to women voting and the democratisation of women.

Regional federations outlined their activities, with points of note including:

Vision of the Secretariat Term

Madiha Raza, Head of WF-AID, explained how progress had been made with many of WF’s appeals and how there had been a suggestion to expand the WF-AID team to deal with the influx of humanitarian aid work needed globally. He presented a top-line strategy, including:

The day concluded with a report from the Transformation Manager and a PNS Workshop.

Islamic Education: Shaykh Mohammed Ali Ismail gave an overview of the team’s wide range of activities and projects, such as increasing spirituality through the digital services function: some 40 videos were produced in 2018, many on contemporary topics.

Census: Africa Federation’s census shows an 18,000 headcount, almost equally split between male and female. 40% of the population are young.

The Al Qamar Award: The award was presented to Rafique Ali Habib, Chairman of the Habib Family group which is renowned locally and internationally for social welfare, education and vocational training.

Malawi: Finally, ExCo heard about opportunities available for starting a business in Malawi and the thriving jamaat in Malawi.

Delegates agreed that ExCo had proved a great opportunity to network with others and leaders from the Khoja community, as well as taking part in workshops to help improve or expand its work.

Read here about the visit of a Pakistani Federal Minister to ExCo.

The preacher who turned his would-be murderer into his student

Sakina can certainly kick it