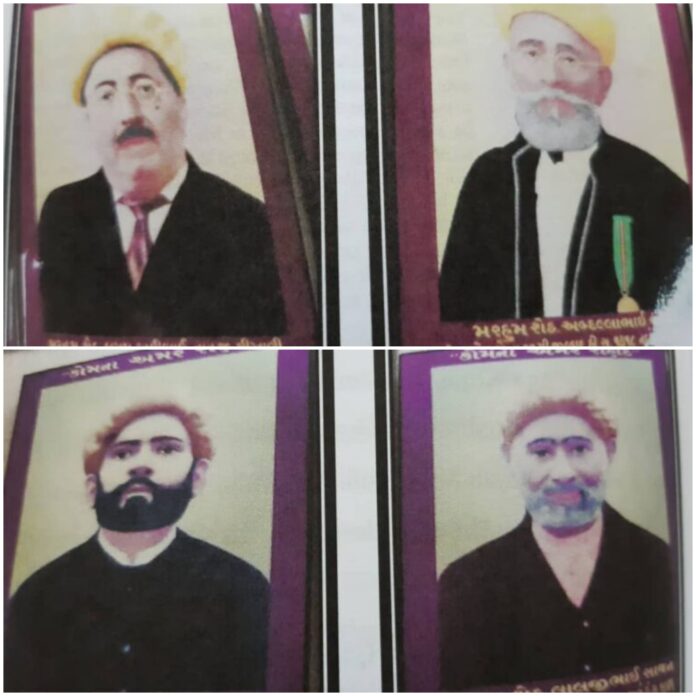 It is 119 years ago this week that the Khoja community in Bombay was shaken by the assassination of four of its members.

It was a dark night after Isha prayers on 9 March 1901 (10th Zilqad 1318) outside Bombay Pala Gali Mosque. Momineen had just come out after prayers, and four elders were crossing the street.

Suddenly all four were brutally attacked by assassins. Hirjibhai Allarakhia and Laljeebhai Saajan were stabbed several times and killed on the spot. Abdullabhai Lalji and Kassimbhai Alibhai Nanji Miani were severely wounded by slashes from blunt knives.

Nurmohamedbhai Dossa came to their rescue and the assassins fled. Both survivors were taken to hospital but Kassimbhai died on 20 March, followed later by Abdullabhai Lalji, a founding member of Bombay Jamaat.

The assassins were from a group calling themselves Fidayeen (self-sacrificing fanatics). They were arrested and bags of gold guineas were found in their houses. The police concluded that they were hired assassins and they were tried and punished.

These murders created a serious and permanent division between the small and large Jamaats popularly known as Nindhi and Wadi Jamaats.

Lalan was a Shia Ithna Asheri. He used to regularly attend the majlises of Imam Hussein (a.s) in Baara Imam Imambargha in Karachi. Lalan had immense respect for the Tasbih of Bibi Fatema Zahra (a.s) and would carry it all the time. He always kept the Tasbih at an elevated place – which was his turban.

His enemies were always after him, harassing and threatening him to abandon his faith and stop preaching on the twelve Imams, which they pronounced as Sinasri faith. He did not agree and continued.

One day he was attacked with a sword blow to his head. The would-be assassins left him for dead but he survived because the impact of the blow was reduced by the Tasbih. His skull was split open, however, and some beads penetrated into his brain. Doctors could not remove them and left the beads there.

After this incident he became a Moazzin in the mosque, and also started preaching the Mazhab of Ahlulbayt (a.s.) without fear. Sometime later he was heading home to Kharadar after attending the majlis in Baara Imambargha when he was shot near Denso Hall, on what is now known as Jinnah Road.

Hearing the gunshots, people panicked and started running. But a young Hindu boy by the name of Thalia Shivji has the presence of mind to take him to hospital, in a handcart operated by one Issu Shaddi. At around 11am, however, Lalan succumbed to his severe injury and passed away.

Killu Khataw was a close friend of Mulla Qadir Hussein and would often attend his lectures. It was on 15th Shabaan that Killu heard a lecture by Molana about the Imam of our time (a.f.t.s.) and was extremely impressed by it. As a result, Killu became a devoted fan of Mulla.

Their enemies vowed by all means to stop the tabligh of the Ahlulbayt (a.s.), however. They started harassing and threatening Mulla and Killu. Killu did not like this behaviour and repeatedly urged Hassan Mukhi to stop his people. Killu was badly beaten up twice by these hired thugs and once they broke his shoulder.

Events spiralled out of control. When one day Killu met Hassan Mukhi on the road they got into a heated argument. Hassan Mukhi and his companions attacked Killu, thinking it the perfect opportunity to silence him once and for all.

Ready to give up his life

Killu told them to keep away from Mulla and that he was ready to give his life up to protect Mulla. Killu was a brave and strong man and confronted them. When he saw that they were about to kill him, he attacked Hassan Mukhi with the conspirators’ own weapon. He then surrendered to police.

The case was filed as self-defence yet despite all the evidence being in favour of Killu, he was sentenced to death.

These were his last wishes:

a). Mulla Qadir should bring clean water and clean clothes to the prison, and lead the morning Namaz so that he could pray behind him.

b). He made a will to look after his family and if possible to have his body taken to Kerbala for burial.

c). Lastly, he wished for Mulla to continue preaching Islam after he was hanged without any fear.

Because the situation was very tense, it became very difficult to preach Shi’ism, but nobody ever harassed Mulla after this incident. Killu’s body was denied burial in the common Khoja cemetery and he was buried instead in Shia Irani cemetery in Bombay.

These martyrs have led a way for us so that we can follow the path of Ahlulbayt (a.s.) without fear or hindrance. 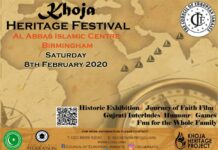