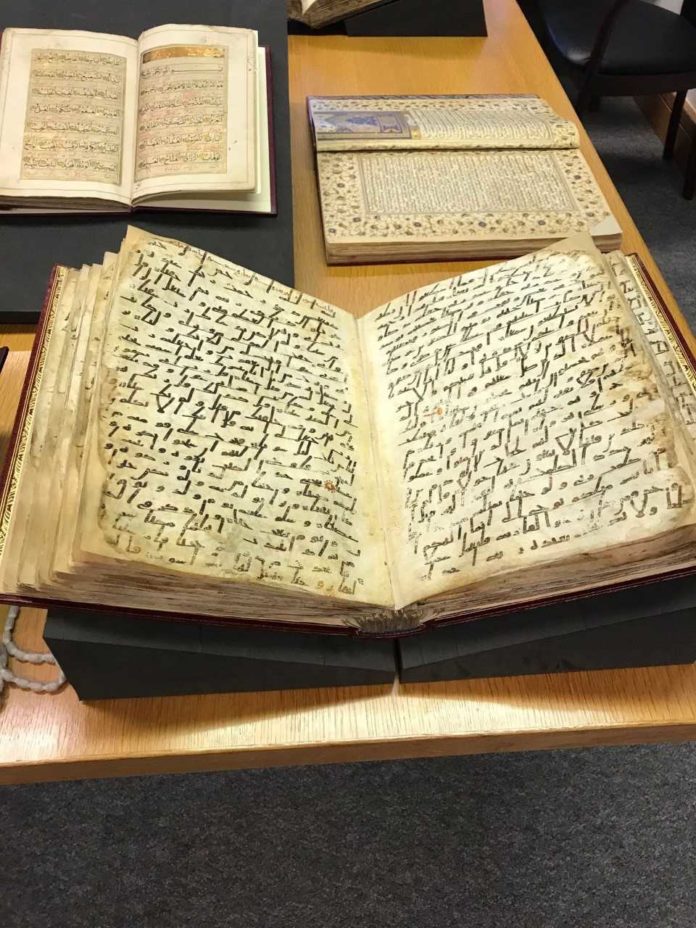 Shaykh Mohammed Ali Ismail, Deputy Head of Islamic Education, met with the British Library to discuss the project, which will launch online in September 2019 and will feature around 240 digitised sacred texts from the Library’s collections.

The British Library is home to an impressive number of sacred texts. These range from printed modern texts to ancient artefacts. For example, it houses some of the very earliest Qur’ans in the world, such as the Ma’il Qur’an, which dates back to the eighth century.

The Library also holds one of the earliest surviving manuscripts of the Hebrew Bible, from the tenth century. Even older, it has the earliest known manuscript of the complete Codex Sinaiticus, the Greek New Testament, which dates from the fourth century. Furthermore, there are rare fragments of first-century Kharosthi scrolls from Afghanistan, which are thought to be the oldest surviving Buddhist texts.

Only a small number of these collections are currently available on the Library’s website, and the Discovering Sacred Texts project aims to expand this content to create a larger and more comprehensive online resource.

Multiple faiths will be covered, and items in the digitised collection will be contextualised with articles written by curators, academics and faith leaders, as well as with video content and teachers’ resources. The British Library’s intention is to use these contributions to help ‘shape a new online learning resource that allows visitors to explore the richness and diversity’ of the collection.

The World Federation will be doing helpful work in its support of the project, which will promote greater understanding and appreciation of the Qur’an, as well as tolerance and respect between faiths.

Service from the age of 8