Home Community Telling the story of AFED – the first 25 years

AFED has had a number of exceptional Chairmen over its illustrious history. This series tells AFED’s impressive story by chronicling the achievements of each of these leaders.

This first part tells the story of the first 25 years of AFED, an exciting time of growth and development for the Federation. 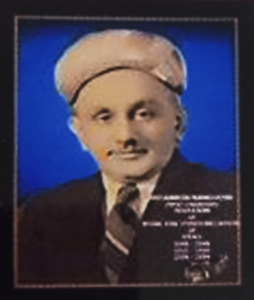 The first Chairman of AFED was Alhaj Abdulhussein H. Nurmohamed, who led the organisation from 1946-1949, then again from 1953-1959. During this time Jamaats already existed in many places in Africa, but AFED was in its infancy and there was were few reliable means of communication or roads. It was a big challenge uniting Jamaats under the umbrella of the Federation. With the help of its members and with full support of the Jamaats this task was overcome. Unity and dedication were priorities, and emphasis was put on religious as well as secular education. Spirituality and Islamic values took precedence over all other sectors of the Federation.

It was in AH Nurmohamed’s term that conferences started to be held. AFED had the purpose of discussing faith, progress, and the welfare of the Khoja community. In 1958 a special fund called Tabligh, as well as Scholarships, were founded. Twenty five members were appointed to tour all member Jamaats to collect funds. He was supported by Vice Chairman MA Khimji, Honourable Secretary GN Lakha, and Honourable Treasurers AM Dewji and AJ Sherrif. 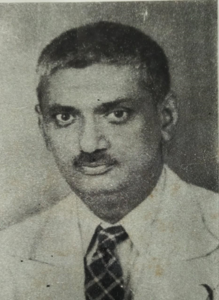 The Chairman from 1950-1953 was Abdulhussein Bhai Nasser Virji, who introduced welfare and education sections of the Federation. He maintained unity and direction toward progress, bringing maulanas from India and Pakistan to be stationed as resident Aalims in different Jamaats in Africa. He was assisted by Vice Chairman HK Jaffer, Honourable Secretary Mohamedali Janmohamed, and Honourable Treasurer Juma Haji. 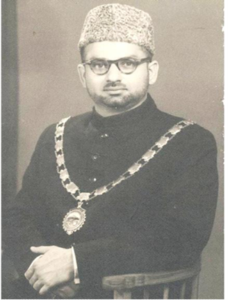 From 1959-1964 AFED was led by Ebrahimbai Sheriff Dewji. He toured the Middle East building relations with Muslim communities, and met Ayatullah al Hakim in Iraq, on whose recommendation the Tabligh work was started in 1963 by Maulana Seyed Akhtar Rizvi. In 1962 Africa Federation received the Ijazah from Marja-e-Taqlid, and this was the beginning of the centralisation of Hukuk in Africa. In 1967 Maulana went to Mombasa for a meeting with the Office Bearers of the Supreme Council, in which it was decided to establish two institutions – Bilal Muslim Mission of Kenya, and Bilal Muslim Mission of Tanzania.

Dewji also organised a special entourage to visit the Jamaats of Madagascar, Mauritius and Indian Ocean islands – these were encouraged to join as members of the Federation. Sadly in 1964 Ebrahimbhai passed away on a visit to Zanzibar. At the same time, the country was engulfed by the revolution, and the future of our brothers in Zanzibar and Pemba became uncertain. Many of them migrated to Dar es Salaam, and some ventured to other countries overseas.

The Revolutionary Government had started the system of forced marriages in Zanzibar. Africa Federation played a major role in shifting the potential victims of these iniquitous marriages. Mulla Asgharali M. M. Jaffer was then the Hon. Secretary of AFED based in Mombasa, Kenya. He took charge of moving some families to Dar es Salaam with expenses covered by Africa Federation. The Federation also provided loans and grants to the families who had their businesses looted and destroyed during the revolution. 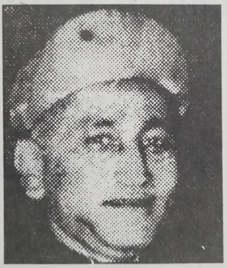 Dewji was aided in his time as Chairman by Vice Chairman MS Jiwa, Honourable Secretary HP Visram and Honourable Treasurer MR Pirbhai. From 1964 to 1965, Dewji was succeeded by Jiwa, who took forward his missions. 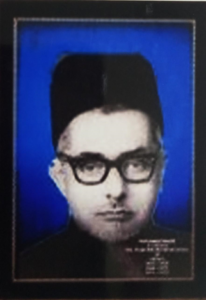 The AFED Chairman from 1965-1974 was Alhaf Mohammedali bhai Meghji. At the 1967 AFED conference it was resolved that the African Federation should establish and register the Bilal Muslim Mission, with its work fully financed by the Federation. Maulana Syed Saeed Akhtar Rizvi was appointed as Chief Missionary of the Bilal, with full support of all the Jamaats. The Ahlulbayt faith was officially approved to be propagated outside of the community.

AFED was taken by surprise by the 1972 Uganda expulsion. Alhaj Sultanbhai Datoo, President of the Kampala Jamaat, organised one-way tickets for many Ugandan Khoja members, getting them asylum in Canada, USA, and some European countries, whilst some families settled in Kenya.

Throughout his tenure as Chairman, Meghji was helped by Vice Chairmen H Ladak, AAJS Dewji and MAMM Jaffer. His Honourable Secretaries were MAMM Jaffer, JH Asaria and BH Peera, while the Honourable Treasurers were HAM Jaffer, JM Merali and GE Karim.