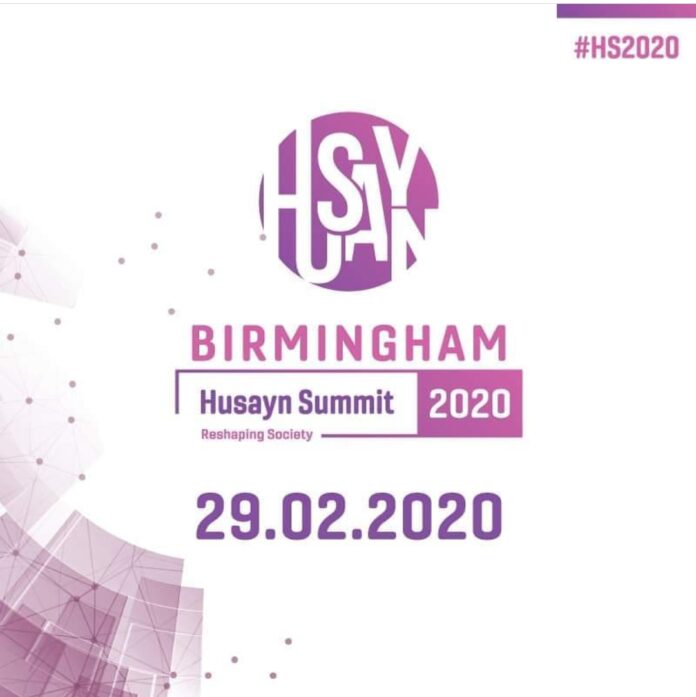 An event inspired by Imam Husayn and Lady Zainab is attracting an array of VIP speakers to Birmingham next weekend.

The inter-faith Husayn Summit brings international experts together to raise the level of discourse on critical issues shaping society: in 2020 the themes are women’s leadership and empowerment, and speaking truth to power.

Standing up to injustice

Sessions include Female Empowerment and Women in Leadership (in business, politics and sport), and two panels on Speaking Truth to Power chaired by Al Jazeera’s Mehdi Hasan. A common theme will be standing up to injustice.

The inspiration for this year’s summit is Lady Zainab, Imam Husayn’s sister, for her leadership in standing up against tyranny 1400 years ago and because her story continues to galvanise millions today.

Father Clohessy is an expert on Lady Zainab and investigates topics such as how her sentiments of leadership differ or compare to those of contemporary Western feminist movements.

Other sessions will include debate on prisoners of conscience and foreign policy failures, which are themes also derived from her suffering and achievements.

How to get tickets

The event has been organised by Birmingham Jamaat under the auspices of The World Federation. It will be held at The Marigold, 187 Brookvale Road B6 7AJ, from 12.15pm to 6pm, followed by a dinner.

The event is open to the public and tickets cost £30 on the door.

Support for the event has also been given by The Council of European Jamaats as well as The Mainstay Foundation.

Shan Hassam, leading the Organising Committee said: “This will be an unforgettable event with renowned international speakers to raise the level of discourse on critical issues shaping society. Faced every day with a barrage of shocking statistics about injustice, intolerance and global problems, we launched the Husayn Summit as a platform for change-makers to share their bold ideas.

“Our key inspiration comes from Imam Husayn, revered worldwide for restoring social justice and truth. He reshaped society in the 7th century through his heroic actions as he refused to accept a politically unjust system that brought widespread tyranny to the Middle East – across modern-day Iraq, Arabia and Syria.

“By introducing Imam Husayn and Lady Zainab through a social and academic lens, we are following his example to combat today’s injustices as well as highlighting their glorious personalities to Humanity.”

Sheikh Nuru from the organising team said: “Attendees will be able to exchange views and network with hundreds of like-minded professionals in a space where everyone is welcome to share. The aim is to leverage the power of a vibrant community to co-operate, collaborate and enhance social justice.”

A Tribute to Sayyid Muhsin al-Hakim