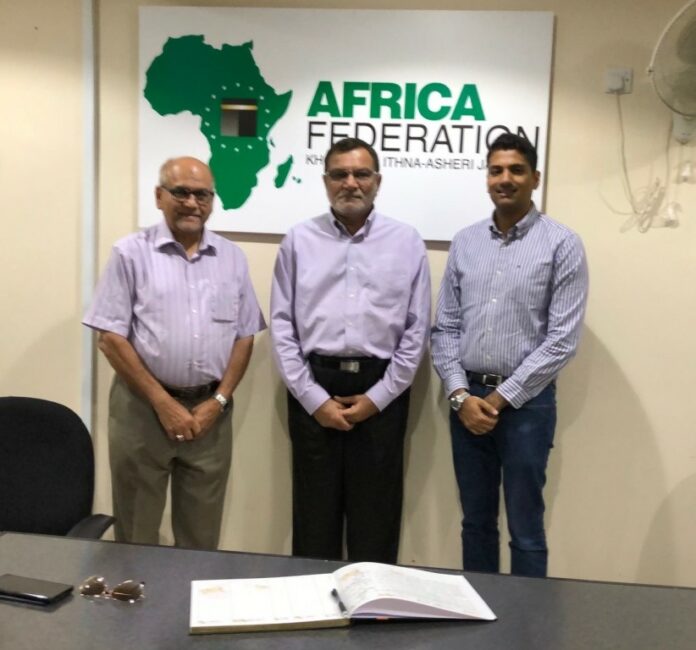 Pioneering housing, an ambitious commercial centre and a life-changing small loans scheme impressed the head of the World Federation on a visit to AFED

Several matters of common interest and collaboration were discussed, including the recent introduction of the “Loan for Life” scheme, a joint initiative of the WF AID and AFED which is being initially launched in Kenya and Tanzania by the newly formed – AFED Economic Development Board headed by Br. Sibtein Asaria. Sibtein bhai and his team have visited Mombasa, Nairobi and Dar es Salaam early this month where they met with the Jamaat officials and had constructive discussions on the Economic Development Schemes for our community. 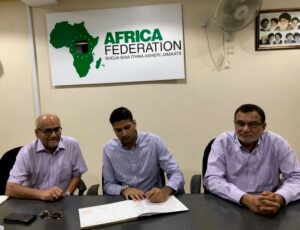 Above: From left: Aunali Khalfan (VC of AFED), Anwarali Dharamsi (President of the WF) and Shan-e-Abbas Hassam (SG of the World Federation)

A meeting was also held on Wednesday, 21st August 2019 with the Housing Development Board Chairman, Br. Akil Hirji who briefed the WF SG on various projects currently in progress. A visit was made to Al Asghary Residency in Dar es Salaam city centre, this building was completed in 2018 being the first AFED’s Rent-to-Own housing scheme project for the first time buyers, all apartments are fully occupied. 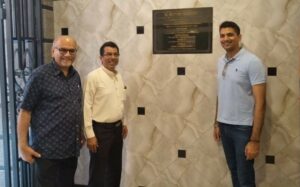 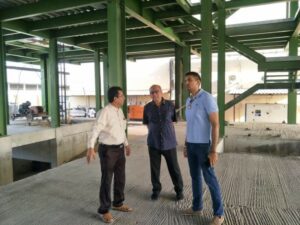 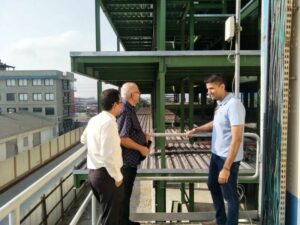 Above: The WF Secretary General, Shan-e-Abbas accompanied by the AFED Vice Chairman, Aunali Khalfan is shown work in progress at AFED Business Park by the Housing Development Board Chairman of AFED, Akil Hirji during the visit to the site.

The AFED Business Park (previously Umoja Complex) along Julius Nyerere Road in Dar es Salaam is one of the biggest commercial projects of AFED which was first initiated in year 2012; this is one of the goals and vision of the AFED Chairman, Alhaj Shabir Najafi to make the institution self-sufficient in the future. The 2nd phase of the project started in February this year consists of showrooms on the ground floor and offices on the three floors, being constructed on the remaining plot facing the main road to the airport. The block has a basement parking lot which is very rare in this prime commercial area.

The financial support and the soft loan granted to AFED by Alhaj Dr. Mohamed H. A. Jaffer of Mombasa has given an impetus to the 2nd phase of this project which is now in advance stage and expected to be completed by 2020. 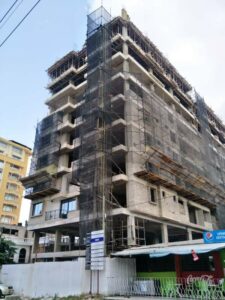 Above: The 13 storey building which includes two levels of parking lot for the residents – Amira Apartments on Mfaume Road in Upanga area of Dar es Salaam which consists of 40 apartments of 3 and 4 bedrooms will be ready for occupation by next year. 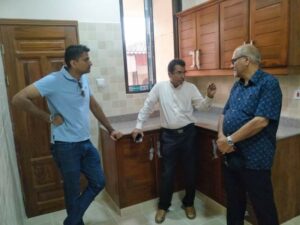 Above: The kitchen in the sample apartment, seen here in discussion from left is Shan-e-Abbas, Akil Hirji and Aunali Khalfan. 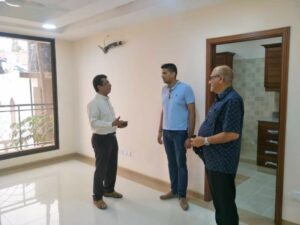 Above: The Dining & Sitting room in the sample apartment, seen here in discussion from left is Akil Hirji, Shan-e-Abbas and Aunali Khalfan. 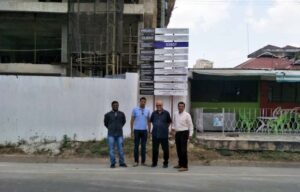 Above: In front of the Amira Apartments building. From left: Mohamed Moledina (AFED Housing Development Board Supv.) Shan-e-Abbas, Aunali Khalfan and Akil Hirji.

The Amira Apartment project is funded through Alhaj Ahmed Daya of U.K. who has been an ardent supporter of AFED especially in the housing development schemes for our community members in the Jamaats within AFED. We thank him profoundly for his compassion and untiring support.

We are also very thankful to the World Federation for their continuous support in several areas of our activities and projects.

We pray for the progress and development of our institutions and we pray for good health long life and success of all those who are involved in the services of the community.

First Batch of the Teachers Skill Program Participants awarded with Level 2 Qualification by...

A Tribute to Sayyid Muhsin al-Hakim