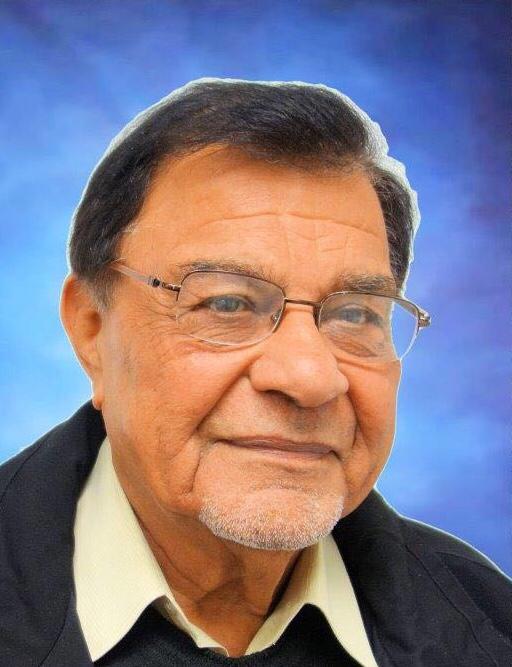 The Khoja world has learned with great sadness of the demise of one of the visionary leaders of the Dar-es-Salaam community.

Former KSIJ President Alhajj Asgherali Bhai Nazarali Bharwani passed away early this morning of Monday November 11, 2019 in his home city. He will be laid to rest this afternoon at IMAMBARGAH-Dsm Tz at 1630 HRS local time.

The community has lost a sincere, hardworking and generous leader, who was president of Dar-es-Salaam Jamaat for eight years (1992-2000) over three consecutive terms. He was a leader, a visionary, a fatherly figure, a motivator, a moderator, a proficient counsellor and more so a close colleague and a friend.

The World Federation presented a Lifetime Achievement Award to Marhum Asgher Bhai in 2014 to mark his outstanding achievements both as a successful entrepreneur and community leader. He chaired, for example, the Jamaat construction committee that oversaw building of many important projects.

Multiple tributes include those from The WF and AFED.

WF President Alhaj Anwarali Dharamsi said: “I looked up to Marhum Asgherali as a pillar of the Dar community. He was a philanthropic leader who led the Jamaat through huge progress and gave invaluable advice on an Africa Federation and World Federation level. We had a close personal relationship and I will greatly miss him.”

Tribute from the Dar-es-Salaam community

A tribute from Azim Dewji, President of the Khoja Shia community in Dar-es-Salaam noted: “There isn’t much of a debate that the best leaders are visionaries. Ashger Bhai was one of them. He always saw something that is possible in the distance, something others cannot see, and communicated a purposeful vision relentlessly to help their team reach it. He went above and beyond the call of duty to do useful things that work, make Community Members’ lives better and make their future better. We have lost a true hero, an incredible leader, a visionary who showed the skills of leadership with great determination and commitment to serve his community the best way he could.”

Br. Dewji listed achievements during Ashger Bhai’s term and after including:

1. Purchase of the Ex-Korean Embassy on United Nations Road where currently the Al Muntazir Girls School Complex stands.
2. Development and Expansion of the Al Muntazir Boys Primary School which is opposite Aga Khan Hospital.
3. Purchase of the Ex-Korean Culture Complex on Morogoro Road which is now the Jaffery Complex.
4. Purchase of Property on Charambee Road adjacent to Al Muntazir School for expansion of school facilities and create parking area.
5. Purchase of U. S. Embassy Property next to Al Muntazir School for expansion of facilities. The Building was converted for use as CBE Office.
6. Reclaiming of Land near Boarding House to enlarge Playing Field for Sporting Activities.
7. shifting of Union Nursery School from Boarding House Complex to Ashraf Bhai Memorial Building donated by Alhajj Mustafa Bhai Nasser.
8. Extension of Mehfil e Abbas (AS) by purchasing the next door property.
9. Extension of the Prayers Mosque and construction of the upper floor.
10. As Chairman of the Construction Committee he led the Construction Projects of the Juma Haji and Amersi Mawji Apartments on Mataka and Maweni Street.
11. The Construction of the Bilal Mosque on Udoe Street which was fully funded by his family and thereafter handing it over to Africa Federation.
12. And the list goes on.

Murabbi will be missed by many

Africa Federation Chairman Alhaj Shabir Najafi on behalf of his Office Bearers and Trustees said: “Murrabi Asgher bhai will be missed by many of his friends and family members. May Allah (SWT) grant him maghferat and heavenly abode in the proximity of Aeema-e-Tahireen (AS). Our heartfelt condolences to the family, friends and colleagues – Al Fateha.”

Watch the Eulogy Speech by Br. Murtaza Lalji at the funeral of Alhajj Asgher Bharwani here 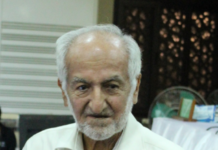