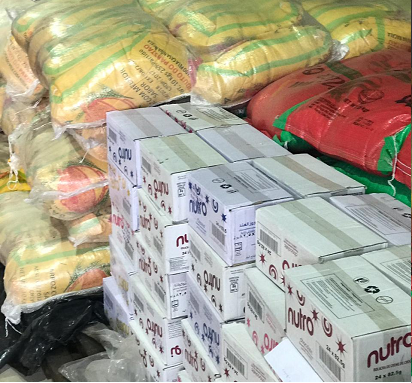 A special WF-AID mission has flown into disaster-hit Mozambique to distribute food aid in the wake of Cyclone Idai.

The team distributed 700 food packs including goods from rice to sardines in the very remote Buzi District, among the areas worse affected by the cyclone.

The relief programme was carried out in partnership with Africa Federation.

Thousands of Mozambique families were displaced when Cyclone Idai wreaked its devastation two months ago. In Buzi, hundreds were rescued by boat or helicopter, and many families are now returning home to rebuild their lives.

One WF-AID volunteer said: “They need whatever help they can get. They lost everything. All they have is crumbs.”

A Buzi resident named Patrice said: “Thousands of families are suffering in this place. 300 people died. They tried to escape by bike, motorbike and boat.”

The food aid mission was carried out by WF-AID and was sponsored too by other organisations.

On the weekend of 4/5 May they flew to Beira and then drove 130 km to isolated Buzi District.