Home Community Moshi mourns the loss of a Leader, Mentor and Guide 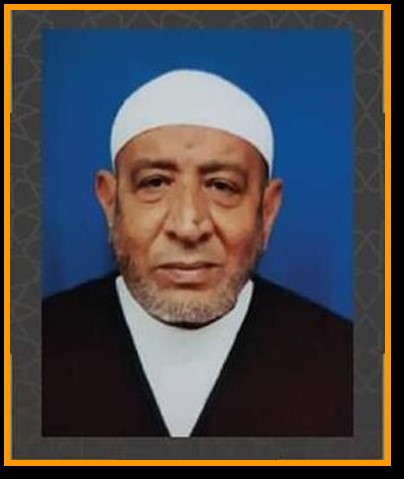 The Secretariat received with sadness the news of the passing away of Alhaj Mahmood Hussein Kanji Daya (of Moshi), in Bangalore, India on Friday 30th August 2019.  Marhum was buried there on 31st August 2019.

Marhum, affectionately known by the name of  ‘Kaka’, was an active and dedicated member of the Moshi Jamaat and played the role of a leader, a mentor, a guide and a support to people from all walks of life, of all ages especially when their paths crossed in his hometown of Moshi. He was the younger brother of a long-serving former President of Moshi Jamaat, Alhaj Ahmed H. Daya.

His long illustrious services to the Jamaat were immense; he served as a Mukhi, member of the Managing Committee, Musafarkhana and maintenance sub committees.  He was the Patron and a regular participant from the Moshi Jamaat team in the AFED Annual Qur’an Competition for many years.

Marhum was known for holding at high esteem secular and religious education. He served the Moshi Madressah for more than three decades in both teaching and administration roles and was also Zakir-e- Imam Hussein (AS).  He had recently pursued an online course on the subject of Fiqh.

He was known for his voluntary services to the students who came from various Jamaats to Moshi for studies at the famous University (KCMC) in Moshi, the students could rely upon him for any help and support they needed.

Marhum followed the footsteps of his late father Hussein bhai and continued his legacy in four areas:

Marhum’s departure leaves a big vacuum in the community in Moshi which will be missed by many not only for his social and religious services, but also for the support he provided to families undergoing distressing times.

The Secretariat conveys its heartfelt condolences to his wife, daughters, grandchildren, his brother Alhaj Ahmed bhai Daya, and all other family members.

A request for Sura-e-Fateha for him and all other Marhumeen. 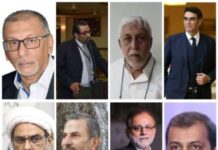 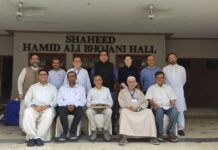 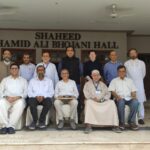 Pakistan Federation’s new leadership team is in place, ready to serve the community during these very difficult times. The committee for the term 2020-2023 were... 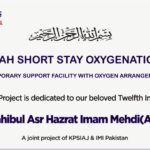 The metropolitan city of Karachi saw the worst surge in Covid-19 cases after Eid-ul-Fitr, as people started to develop respiratory complications due to the... 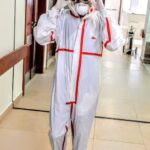 The Coronavirus Pandemic has taken a toll on all aspects of human life, affecting not only the economic sector, but also the public and...